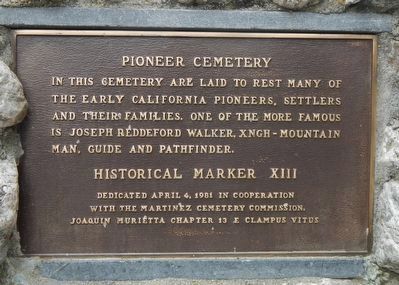 By Barry Swackhamer, March 31, 2016
1. Pioneer Cemetery Marker
Inscription.
Pioneer Cemetery. . In this cemetery are laid to rest many of the early California pioneers, settlers and their families. One of the more famous is Joseph Reddeford Walker, XNGH - mountain man, guide and pathfinder. . This historical marker was erected in 1981 by Martinez Cemetery Commission and E Clampus Vitus, Joaquin Murrieta Chapter No. 13. It is in Martinez in Contra Costa County California

In this cemetery are laid to rest many of the early California pioneers, settlers and their families. One of the more famous is Joseph Reddeford Walker, XNGH - mountain man, guide and pathfinder.

Topics and series. This historical marker is listed in this topic list: Cemeteries & Burial Sites. In addition, it is included in the E Clampus Vitus series list.

Location. 38° 1.074′ N, 122° 8.706′ W. Marker is in Martinez, California, in Contra Costa County. Marker can be reached from Carquinez Scenic Drive near Talbart Street, on the right when traveling east. Touch for map. Marker is at or near this postal address: 9 Carquinez Scenic Drive, Martinez CA 94553, United States of America. Touch for directions. 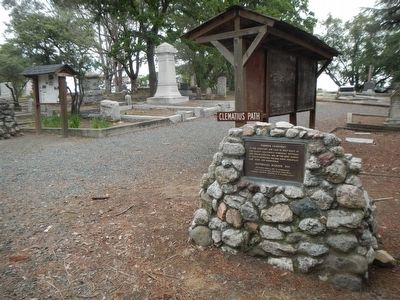 By Barry Swackhamer, March 31, 2016
2. Pioneer Cemetery Marker
(within shouting distance of this marker); Capt. Joseph R. Walker (about 300 feet away, measured in a direct line); God's Acre (about 400 feet away); a different marker also named James Rankin (approx. 0.2 miles away); Former Anti-Aircraft W.W. II Barracks (approx. 0.2 miles away). Touch for a list and map of all markers in Martinez.

More about this marker. This marker is located in Alhambra Cemetery. Pick up a key at the Martinez Police Department.

Also see . . .  Alhambra Cemetery. In this cemetery were laid to rest many early pioneers of Contra Costa County. Many were drawn to California by gold, but fulfilled their dreams for a better life in other ways. The first recorded burials at the old cemetery, entered in the City of Martinez death register, were 1854. However, it is believed that burials occurred as early as 1851. (Submitted on April 1, 2016, by Barry Swackhamer of Brentwood, California.) 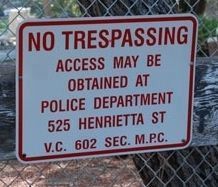