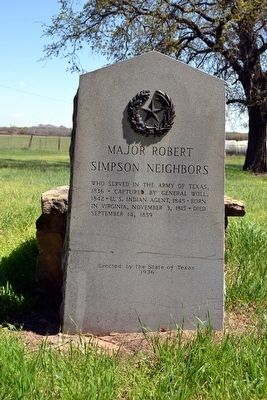 Topics and series. This historical marker is listed in these topic lists: Native Americans • War, Mexican-American • Wars, US Indian. In addition, it is included in the Texas 1936 Centennial Markers and Monuments series list. A significant historical date for this entry is November 3, 1815.

Location. 33° 9.139′ N, 98° 43.977′ W. Marker is near Newcastle, Texas, in Young County. Marker can be reached from the intersection of Farm to Market Road 61 and Thompson Road. Marker is located in Belknap Cemetery; the above directions are to the entrance of a 0.4 mile dirt road that leads to the cemetery. Touch for map. Marker is in this post office area: Newcastle TX 76372, United States of America. Touch for directions. 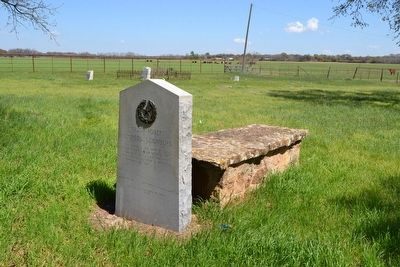 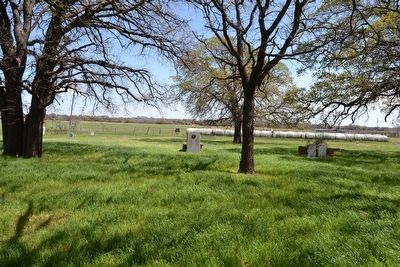 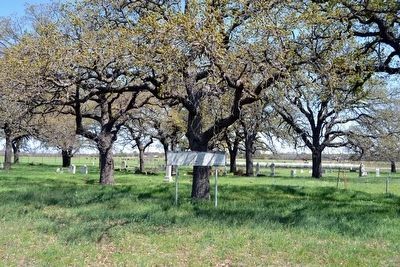 Photographed By Duane Hall, March 23, 2016
4. Belknap Cemetery
Marker can be seen in distance to the left of the cemetery sign 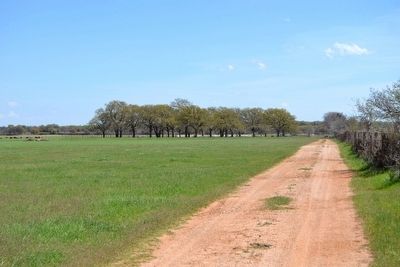