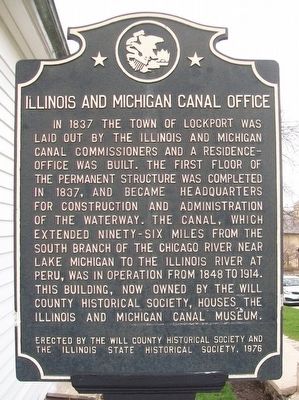 In 1837 the town of Lockport was laid out by the Illinois and Michigan Canal commissioners and a residence-office was built. The first floor of the permanent structure was completed in 1837, and became headquarters for construction and administration of the waterway. The canal, which extended ninety-six miles from the South Branch of the Chicago River near Lake Michigan to the Illinois River at Peru, was in operation from 1848 to 1914. This building, now owned by the Will County Historical Society, houses the Illinois and Michigan Canal Museum.

Topics and series. This historical marker is listed in these topic lists: Industry & Commerce • Settlements & Settlers • Waterways & Vessels. In addition, it is included in the Illinois State Historical Society series list. A significant historical year for this entry is 1837. 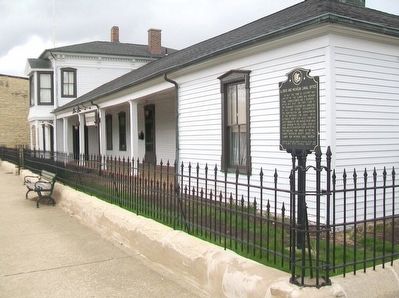 Click or scan to see
this page online
(Illinois Route 171) and 8th Street, on the right when traveling south on State Street. Touch for map. Marker is at or near this postal address: 803 South State Street, Lockport IL 60441, United States of America. Touch for directions. 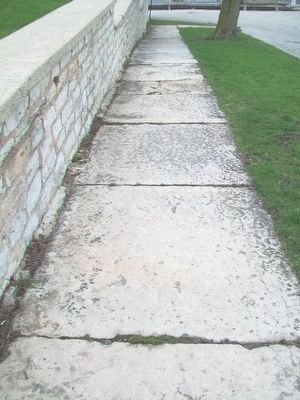