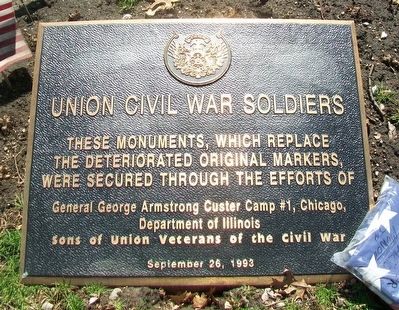 September 26, 1993. . This memorial was erected in 1993 by General George Armstrong Custer Camp #1, Chicago, Dept of Illinois, SUVCW. It is in Chicago in Cook County Illinois

These monuments, which replace the deteriorated original markers, were secured through the efforts of 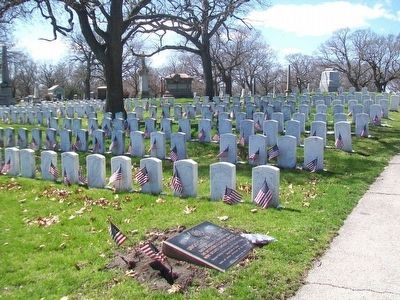