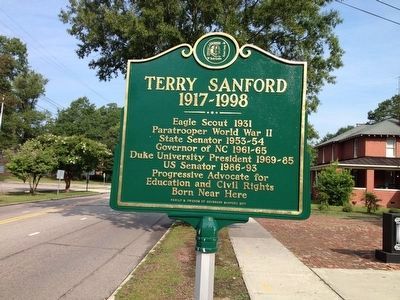 Other nearby markers. At least 8 other markers are within 3 miles of this marker, measured as the crow flies. Edwin Gill (within shouting distance of this marker); Laurinburg (about 400 feet away, measured in a direct line); Scotland County Veterans Memorial (approx. ¼ mile away); Our Confederate Heroes 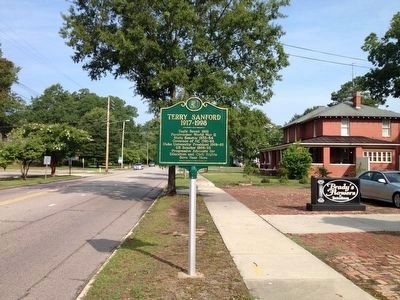 2. Wikipedia Entry. “An Eagle Scout as a youth, Sanford became an FBI agent after graduating from the University of North Carolina at Chapel Hill in 1939. During World War II, he saw combat in the European Theatre and received a battlefield commission. Following his return to civilian life after World War II, Sanford attended and graduated from the University of North Carolina School of Law and began a legal career in the late 1940s, soon becoming involved in politics. A lifelong Democrat, he was noted for his progressive leadership in civil rights and education; although his opponents criticized him as a ‘tax-and-spend’ liberal, Sanford is remembered as a major public figure of the South after World War II.” (Submitted on March 17, 2017.) 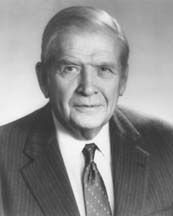