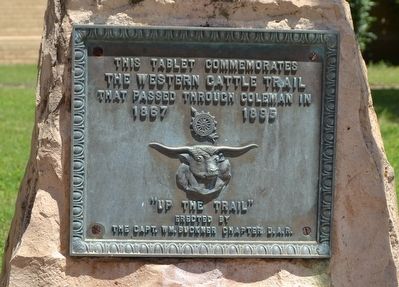 This tablet commemorates the Western Cattle Trail that passed through Coleman in 1867-1895.

Erected 1925 by Capt. Wm. Buckner Chapter of the Daughters of the American Revolution. (Marker Number 5767.)

Topics and series. This historical marker is listed in these topic lists: Animals • Roads & Vehicles. In addition, it is included in the Daughters of the American Revolution (DAR) series list. A significant historical year for this entry is 1867. 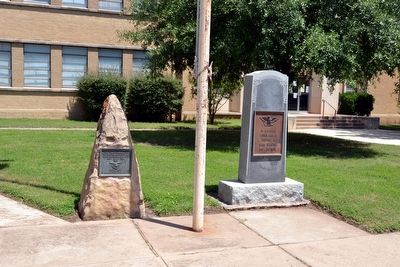 Click or scan to see
this page online
(within shouting distance of this marker); Coleman County Jail (within shouting distance of this marker); The Blair House (approx. ¼ mile away); Home Town of Texas Confederate Colonel James E. McCord (approx. 1.1 miles away); Camp Colorado C.S.A. (approx. 1.1 miles away). Touch for a list and map of all markers in Coleman.

More about this marker. The relief of the longhorn on the tablet is titled “Up the Trail”. 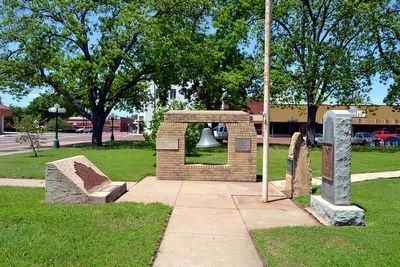 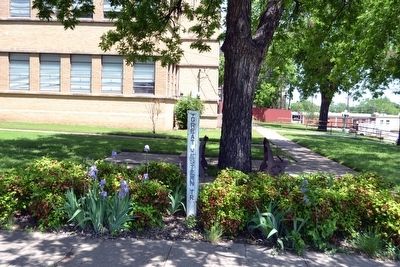