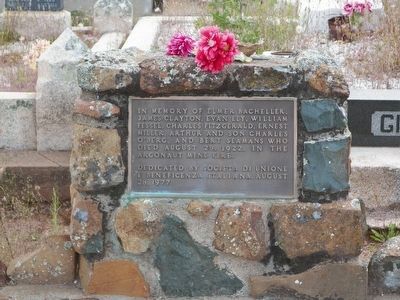 Topics. This historical marker is listed in these topic lists: Cemeteries & Burial Sites • Disasters. A significant historical date for this entry is August 28, 1922. 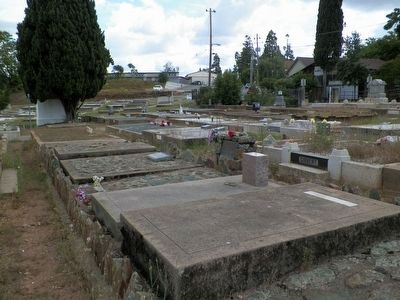 Regarding Miners' Graves. The Serbian victims of this tragedy are interred at the St. Sava Serbian Orthodox Church cemetery off of N. Main Street and the Italian, and other Catholic, victims rest in the Catholic Cemetery next to this one, the Jackson City Cemetery.

Also see . . .
1. THE DAY, New London, Connecticut, August 28, 1922. (Submitted on May 22, 2016, by James King of San Miguel, California.)
2. California Mining / The Argonaut Disaster. "On Sunday evening August 27, 1922 one of the worst mining disasters in California history took place at the Argonaut Mine. On a very warm night some 47 miners were trapped almost one mile underground when a fire erupted. Toxic gas and smoke filled the mine. Probably the first knowledge the miners had that something 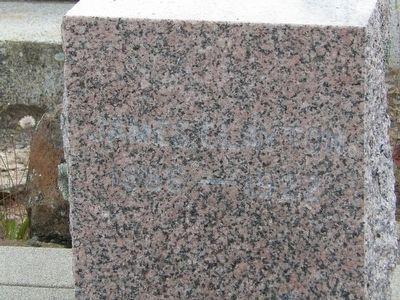 Photographed By James King, May 21, 2016
3. James Clayton
1886-1922
was wrong was when they noticed that their lunch buckets hadn't been picked up. Rats were usually scurrying around the empty lunch buckets but on this Sunday night there were none. Another indication that something wasn't right. One of the miners called to the surface on the mine telephone and learned that there was a fire. They were also told that no plans were in place for a rescue so they needed to protect themselves. In other words they were on their own." (Submitted on May 22, 2016, by James King of San Miguel, California.) 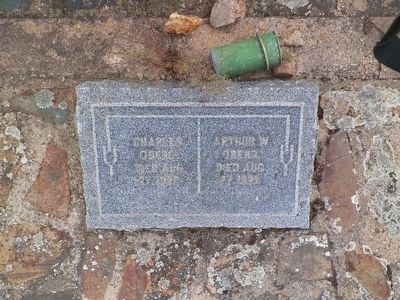 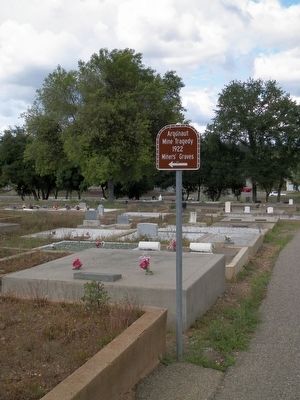