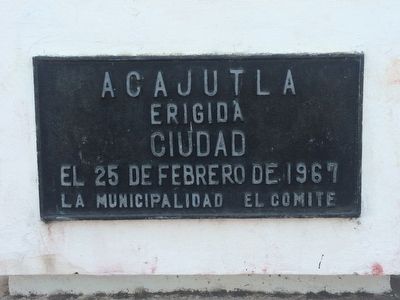 Photographed By J. Makali Bruton, May 26, 2016
1. Acajutla Marker
Inscription.
English translation:
Acajutla Promoted to the level of city February 25, 1967 The Municipality · The Committee. . This historical marker was erected in 1967. It is in Acajutla Sonsonate El Salvador