Site of the Central Canal 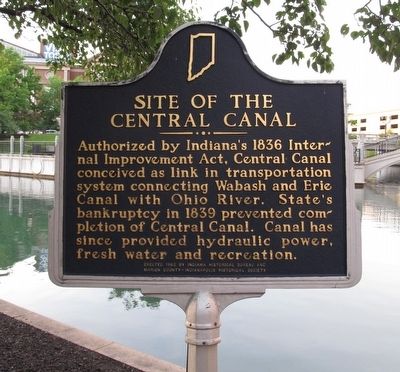 Photographed By Paul Fehrenbach, June 15, 2016
1. Site of the Central Canal Marker
south side of two sided marker
Inscription.
Site of the Central Canal. . Authorized by Indiana's 1836 Internal Improvement Act, Central Canal conceived as link in transportation system connecting Wabash and Erie Canal with Ohio River. State's bankruptcy in 1839 prevented completion of Central Canal. Canal has since provided hydraulic power, fresh water and recreation. . This historical marker was erected in 1992 by Indiana Historical Bureau and Marion County-Indianapolis Historical Society. It is in Indianapolis in Marion County Indiana

Topics and series. This historical marker is listed in this topic list: Waterways & Vessels. In addition, it is included in the Indiana Historical Bureau Markers, and the Wabash & Erie Canal series lists. A significant historical year for this entry is 1836.

Location. 39° 46.158′ N, 86° 9.952′ W. Marker is in Indianapolis, Indiana, in Marion County. Marker can be reached from N. West Street. Marker is located along the Central Canal, east of N. West Avenue, behind the North State Office Building at 100 N. State Avenue. Touch for map. Marker is in this post office area: Indianapolis IN 46204, United States of America. Touch for directions.

Other nearby markers. At least 8 other markers are within walking distance of this marker. 1907 Indiana Eugenics Law (about 700 feet away, measured in a direct line); 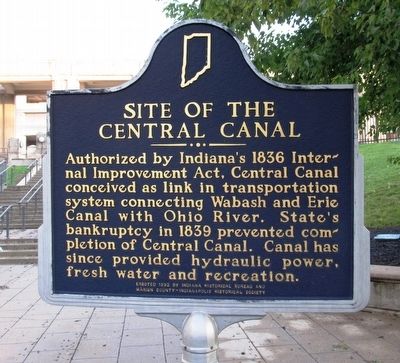 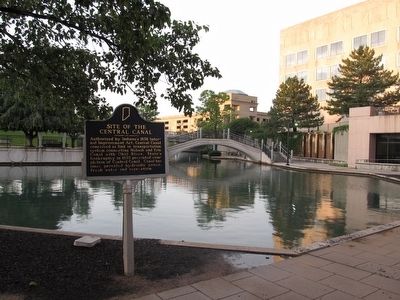 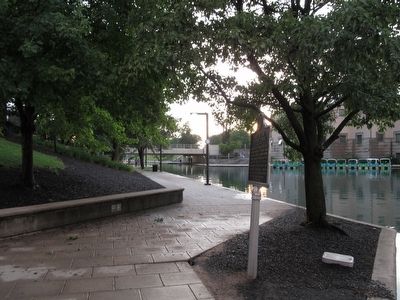