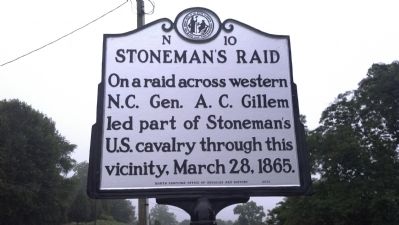 Photographed By Michael C. Wilcox
1. Stoneman's Raid Marker
Inscription.
Stoneman's Raid. . On a raid across western N.C. Gen. A. C. Gillem led part of Stoneman's U.S. cavalry through this vicinity, March 28, 1865. . This historical marker was erected in 2012 by North Carolina Office of Archives and History. It is in Roaring River in Wilkes County North Carolina

Topics and series. This historical marker is listed in this topic list: War, US Civil. In addition, it is included in the North Carolina Division of Archives and History series list. A significant historical date for this entry is March 28, 1865.

Other nearby markers. At least 8 other markers are within 9 miles of this location, measured as the crow flies. Richard Allen, Sr. (a few steps from this marker); Benjamin Cleveland (approx. 3½ miles away); North Wilkesboro Speedway (approx. 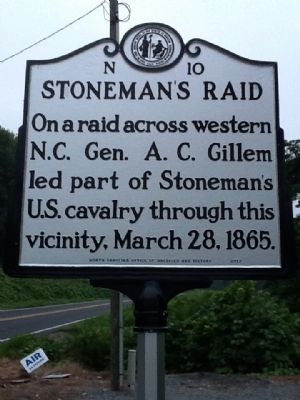 More about this marker. The original N-10 marker was erected in Blowing Rock, NC, in 1940 to mark the 75th anniversary of Stoneman's Raid. It read, "Stoneman's Raid - On a raid through western North Carolina Gen. Stoneman's U.S. Cavalry passed through Blowing Rock, March 28, 1865." The 1940 marker was removed by the state highway department during highway construction. A replacement marker cast in 2012 was erroneously erected here in Roaring River. Though the raiders did pass through here, the N-10 marker was recently relocated 38 miles west of here to Blowing Rock, NC, to conform to Stoneman's movements on March 28, 1865. 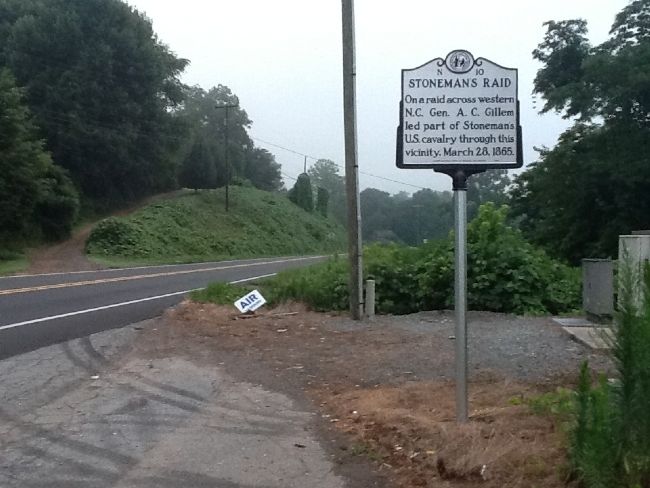 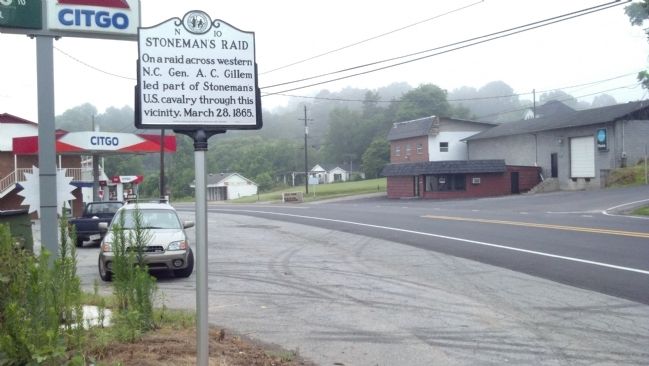