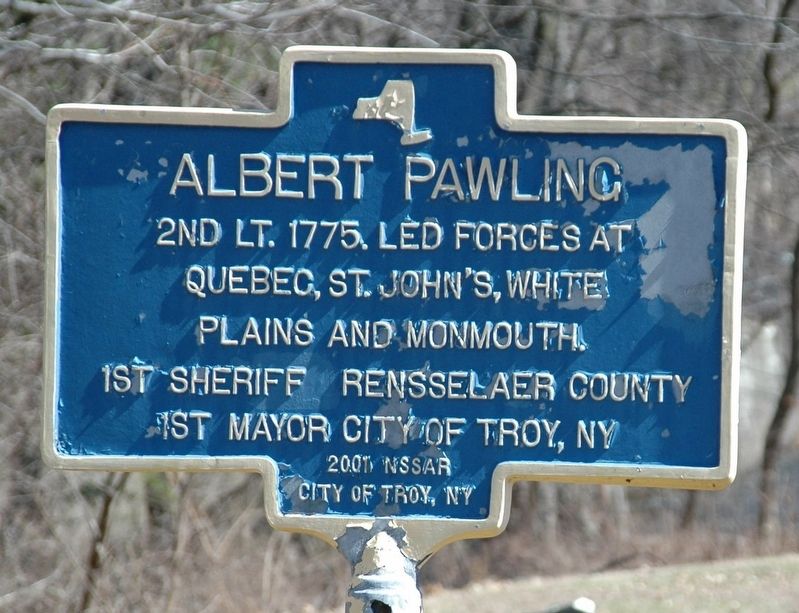 
Erected 2001 by National Society of the Sons of the American Revolution & City of Troy, NY.

Topics and series. This historical marker is listed in these topic lists: Cemeteries & Burial Sites • Patriots & Patriotism • Settlements & Settlers • War, US Revolutionary. In addition, it is included in the Sons of the American Revolution series list. A significant historical year for this entry is 1775.

Location. 42° 43.294′ N, 73° 40.447′ W. Marker is in Troy, New York, in Rensselaer County. Marker can be reached from Pawling Avenue. The marker is beside the Albert Pawling gravesite in the Old Mount Ida Cemetery, which is on Pawling Ave. Touch for map. Marker is in this post office area: Troy NY 12180, United States of America. Touch for directions.

Other nearby markers. At least 8 other markers are within walking distance of this marker. Old Mount Ida Cemetery (about 300 feet away, measured in a direct line); Ebenezer Emmons (approx. 0.6 miles away); Wilson Farmhouse (approx. 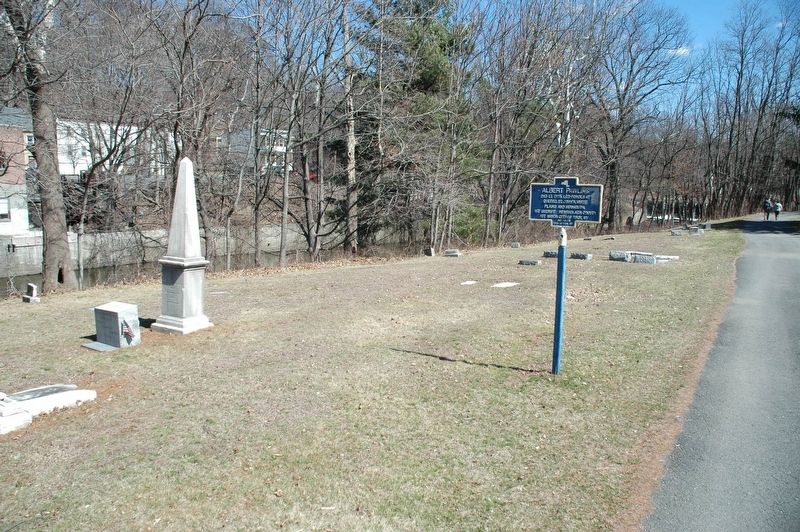 Regarding Albert Pawling. WHEREAS, Col. Albert Pawling served as Aide-de-Camp under General George Washington in the American Revolution, was elected first sheriff of Rensselaer County, served three terms as village president of Troy, and was appointed Troy's first mayor on April 15th, 1816; and


WHEREAS, Col. Pawling was known to be "a man having higher notions of honor and integrity" and was "beloved and confided in by all regardless of party"; and... 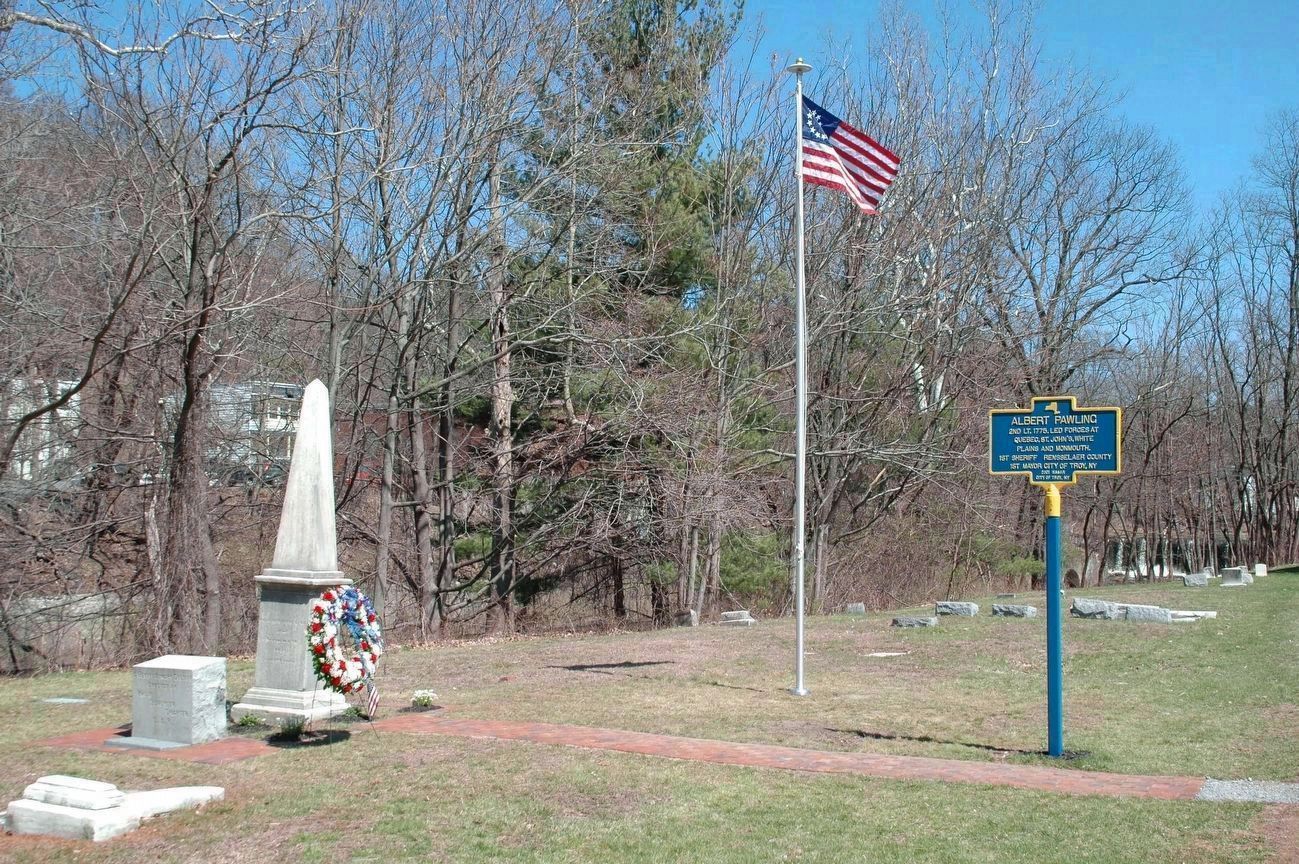 Photographed By Howard C. Ohlhous, April 15, 2016
3. Albert Pawling Marker, Repainted
The Albert Pawling gravesite received an upgrade with a new paver stone walkway, a flagpole with Flag, and a repainting of the historical marker. This was done in conjunction with the final preparations for the dedication of the Albert Pawling statue in the nearby Albert Pawling Memorial Park, which coincided with Troy's Bicentennial as a city, celebrated in the spring of 2016. 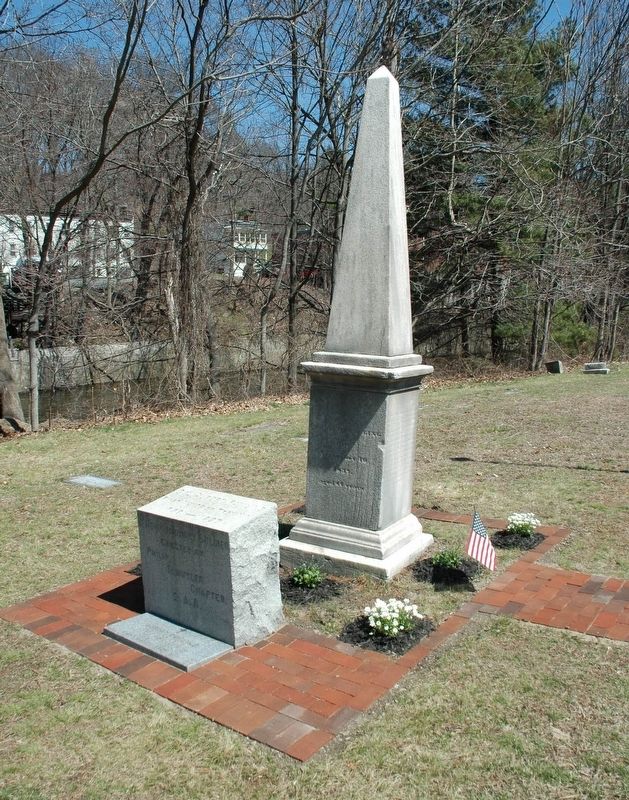 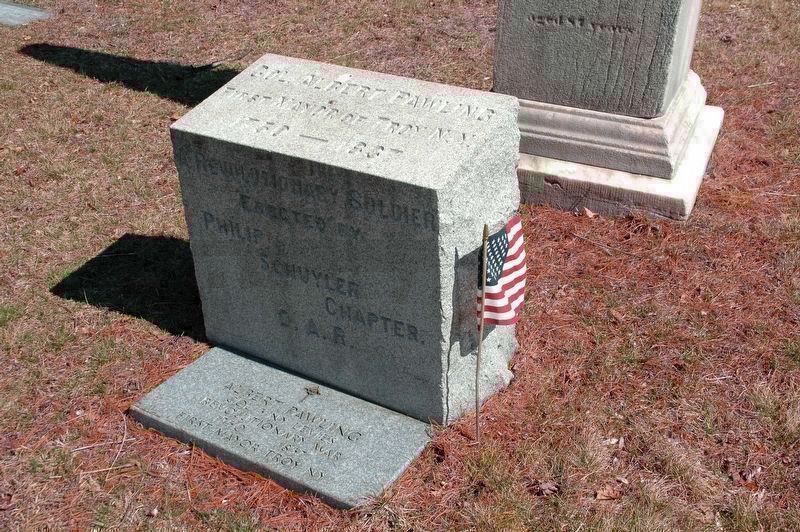 Behind that stands a stone memorial. On the top it is engraved with;

On the front it states;


Behind that is Pawling's gravestone. 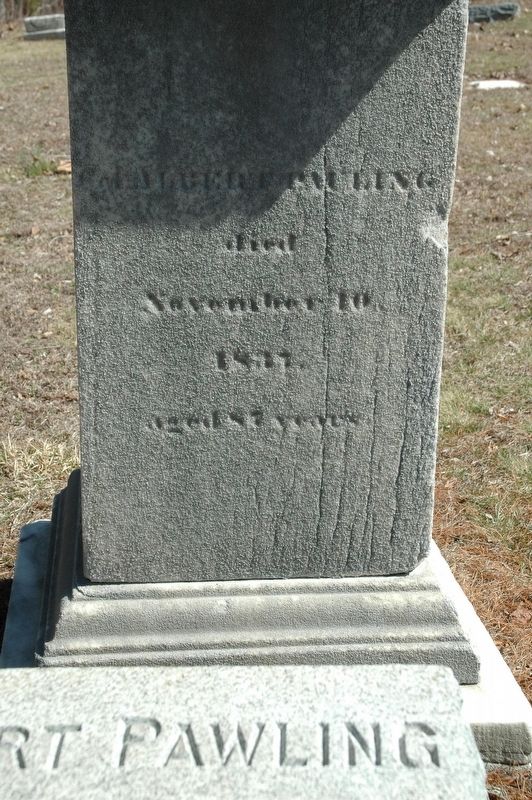 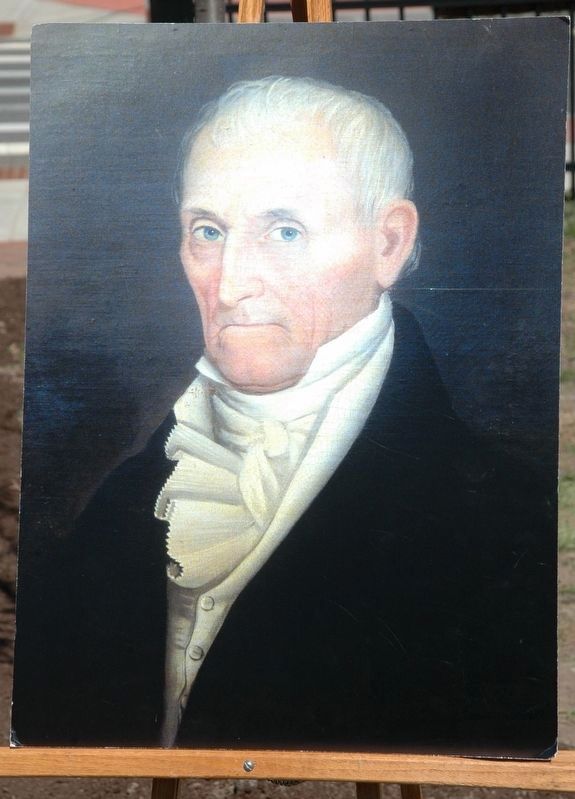