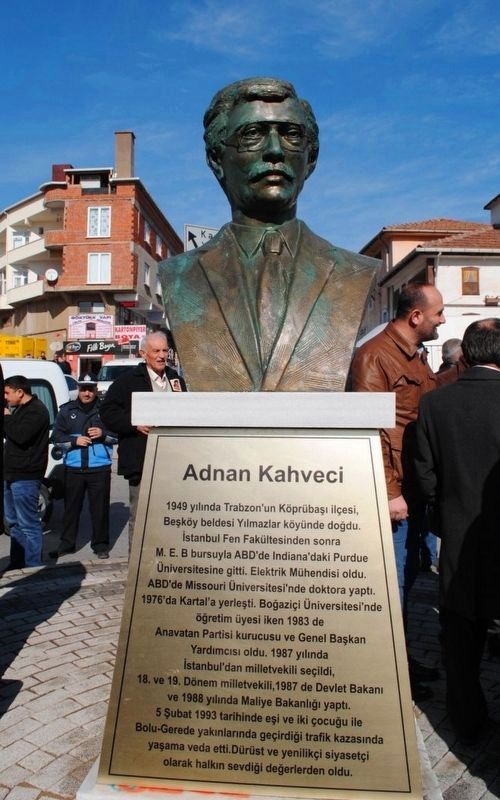 February 5, 2014
1. Adnan Kahveci Marker
Inscription.
English translation: , He was born in 1949 in the village of Yilmaz in the Köprübaşı district of Trabzon, Beşköy. , After studying at the Istanbul Faculty of Science, he was awarded a scholarship by the Turkish Ministry of National Education and went on to study electrical engineering at Purdue University in Indiana, United States of America. He then obtained his doctorate at the University of Missouri., In 1976 he moved to Kartal. In 1983, while lecturing at Boğaziçi University he helped found the Motherland Party and served as Deputy Chairman. Elected to Parliament in the 1987 elections, he served as deputy from Istanbul as 18th and 19th term lawmaker, Minister of State and Ministry of Finance., On February 5, 1993, he died in a traffic accident in Bolu-Gerede, along with his wife and two children. An honest and innovative politician, he was loved by the people he served. . This historical marker is in Kartal in Anatolian Side İstanbul Turkey