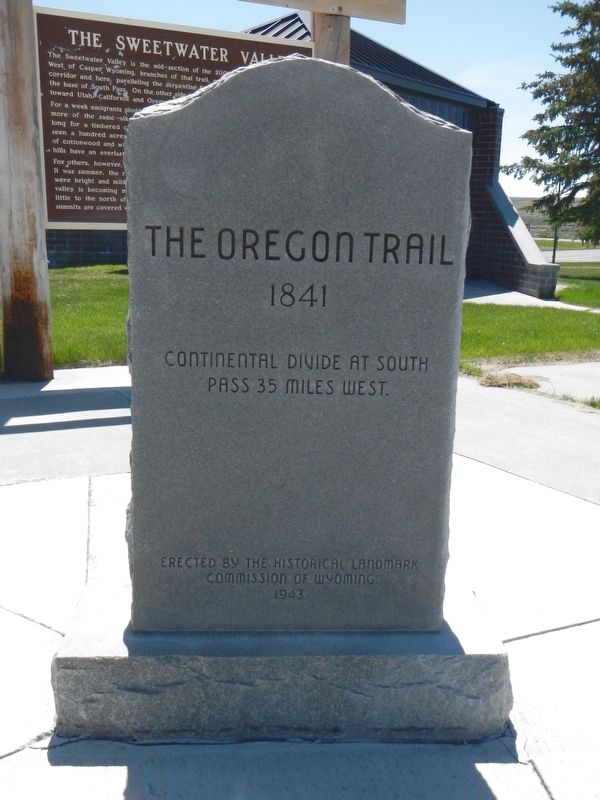 By Barry Swackhamer, May 29, 2016
1. Oregon Trail Marker
Inscription.
Oregon Trail.
Continental Divide at South Pass 35 miles West. . This historical marker was erected in 1943 by Historical Landmark Commission of Wyoming. It is in Sweetwater Station in Fremont County Wyoming 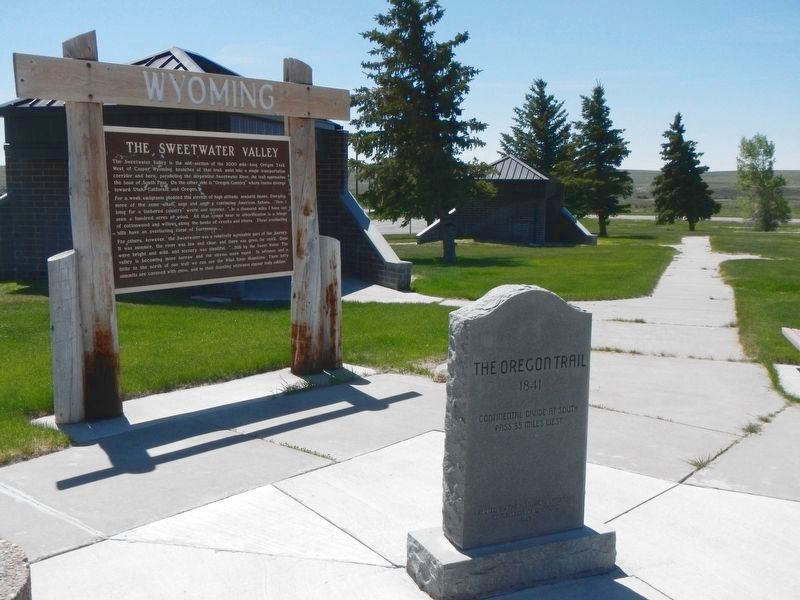