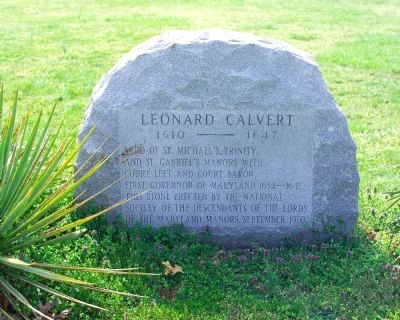 By Tom Fuchs, March 31, 2007
1. Leonard Calvert Marker
Inscription.
Leonard Calvert. Lord of St. Michael’s, Trinity, and St. Gabriel’s Manors with Court Leet and Court Baron. First governor of Maryland 1634–1647. . This historical marker was erected in 1970 by the National Society of the Descendants of the Lords of the Maryland Manors. It is in St. Mary's City in St. Mary's County Maryland

Erected 1970 by the National Society of the Descendants of the Lords of the Maryland Manors.

Topics and series. This historical marker is listed in these topic lists: Colonial Era • Settlements & Settlers. In addition, it is included in the Maryland, Saint Mary's City series list. 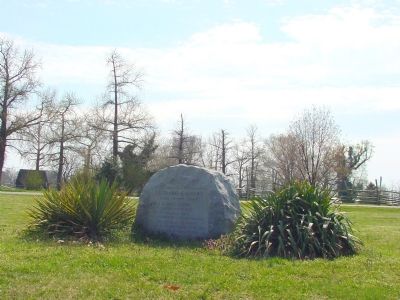