The Dayton Cut-Off from the Old National Road 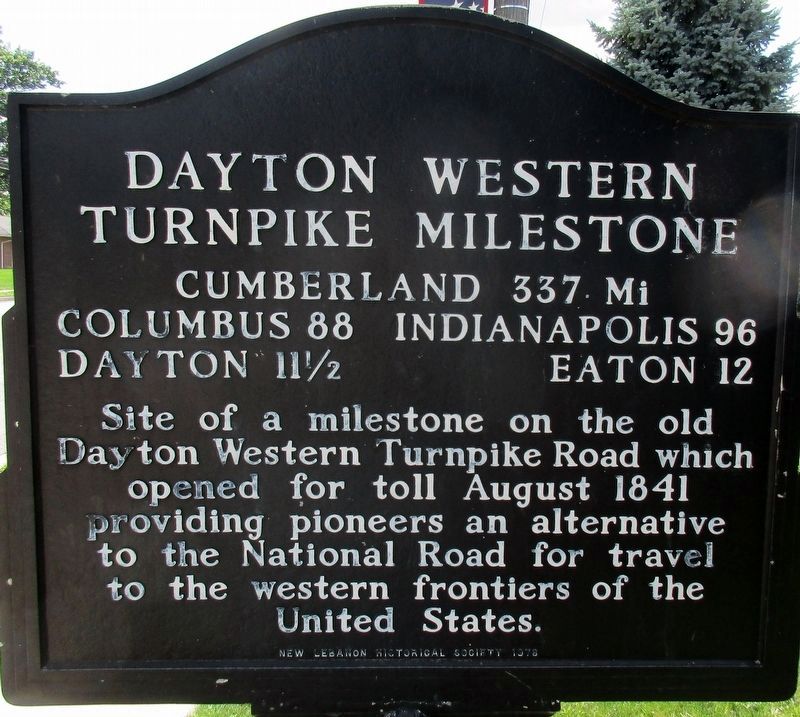 Cumberland 337 Mi
Columbus 88 Indianapolis 96
Dayton 11 ½ Eaton 12
Site of a milestone on the old Dayton Western Turnpike Road which opened for toll August 1841 providing pioneers an alternative to the National Road for travel to the western frontiers of the United States.

Topics. This historical marker is listed in these topic lists: Roads & Vehicles • Settlements & Settlers. A significant historical year for this entry is 1841. 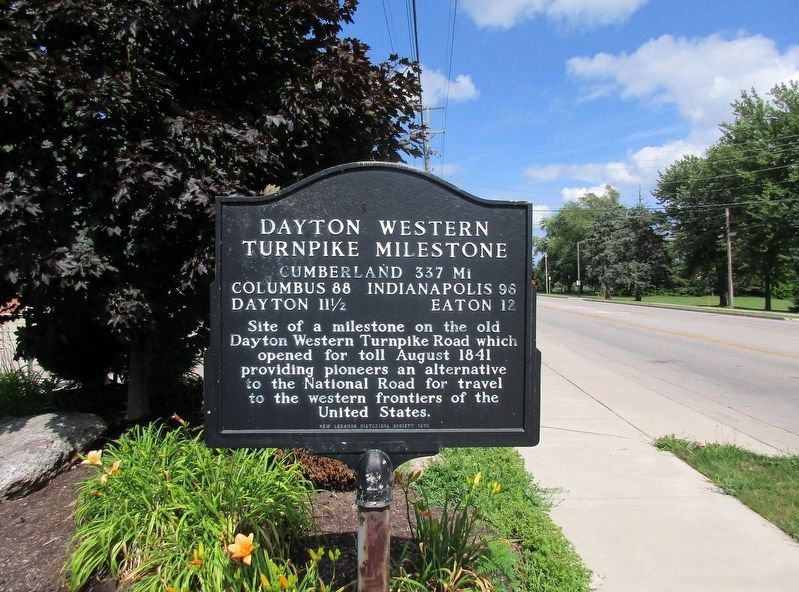 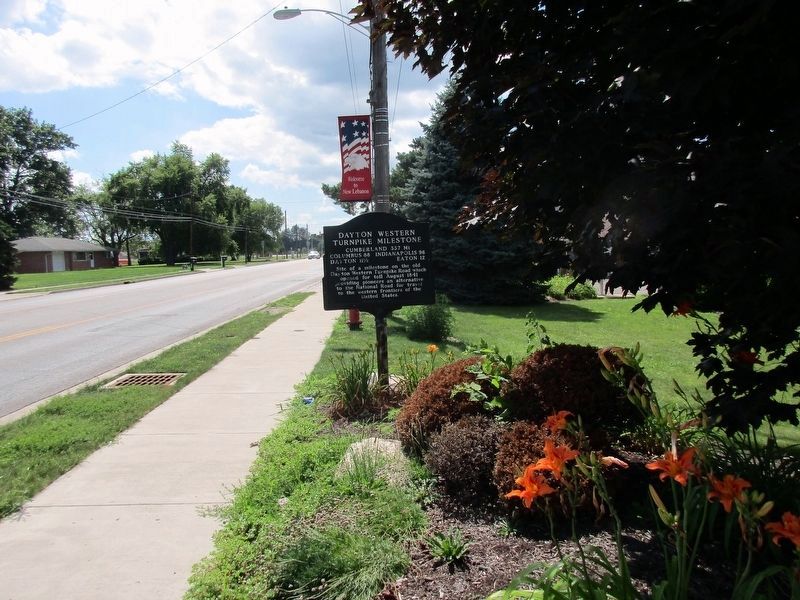 Photographed By Rev. Ronald Irick, July 5, 2016
3. Dayton Western Turnpike Milestone Marker
Marker as seen from a distance. Main Street / US 35 is the old Dayton- Eaton Pike. Just west of Springfield Rt 4 cuts off towards Dayton, and Rt 35 brings it back to Rt 40 near the Indiana State Line.