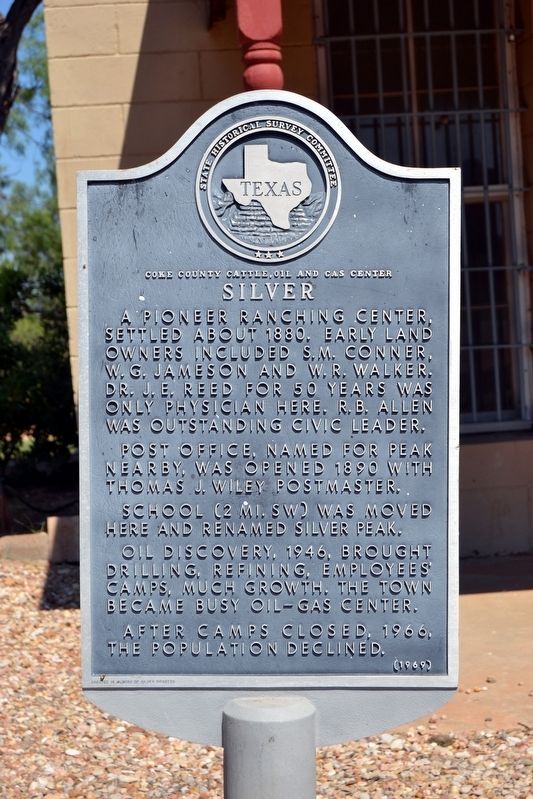 Post office, named for peak nearby, was opened 1890 with Thomas J. Wiley postmaster.

After camps closed, 1966, the population declined.

Topics. This historical marker is listed in this topic list: Industry & Commerce. A significant historical year for this entry is 1880.

Other nearby markers. At least 8 other markers are within walking distance of this marker. Coke County Jail (here, next to this marker); Hayrick Lodge 696, A.F.&A.M. 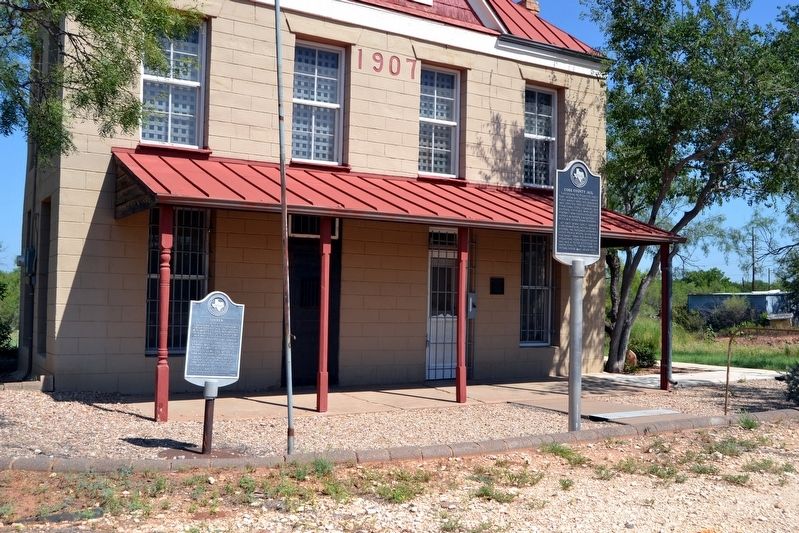 More about this marker. Etched on the bottom border of the marker is “Erected in Memory of Silver Pioneers”.

Additional commentary.
1. Original Location of Marker
The marker was originally located in the community of Silver, 18 miles northwest of Robert Lee on State Highway 208. The marker was subsequently moved to the County Jail museum site. However, there is an identical marker located one mile east of Silver at the intersection of SH 208 and Farm-to-Market Road 1672.
— Submitted July 21, 2016. 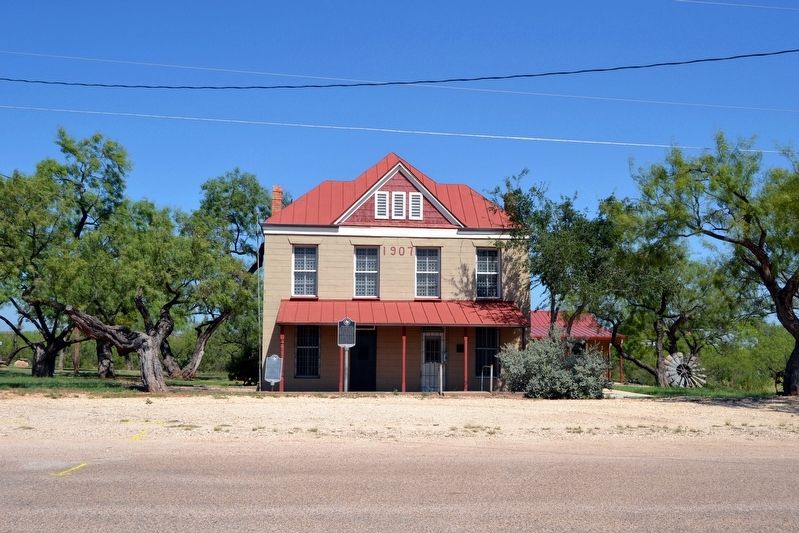