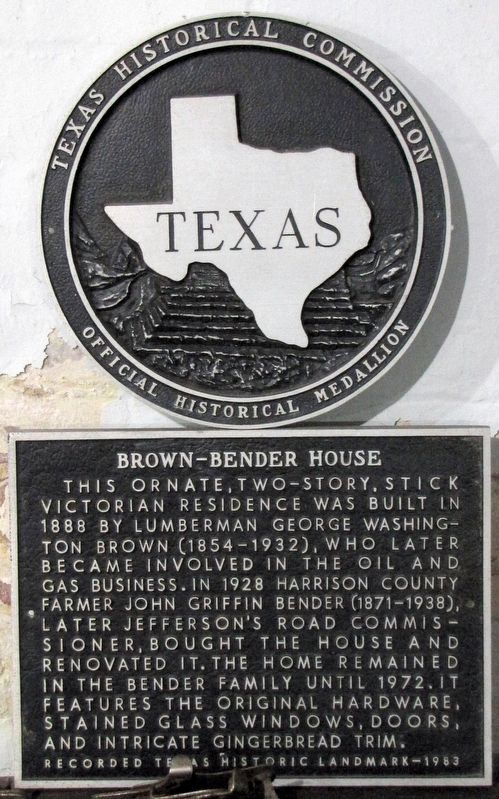 Topics. This historical marker is listed in this topic list: Architecture. A significant historical year for this entry is 1888.

Location. 32° 45.342′ N, 94° 20.762′ W. Marker is in Jefferson, Texas, in Marion County. Marker can be reached from the intersection of West Austin Street and North Market Street. Touch for map. Marker is at or near this postal address: 223 W Austin St, Jefferson TX 75657, United States of America. Touch for directions.

Other nearby markers. At least 8 other markers are within walking distance of this marker. Old Federal Court and Post Office Building (a few steps from this marker); Mergenthaler Linotype Typesetting Machine 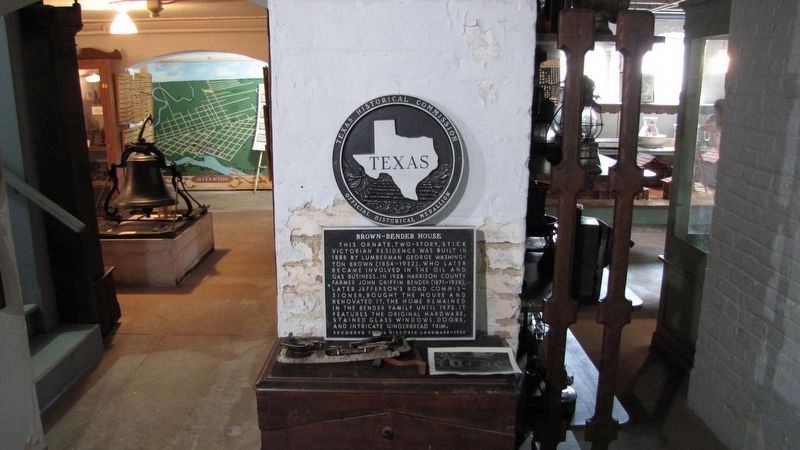 Photographed By QuesterMark, July 4, 2016
2. Brown-Bender House marker in the basement of the Jefferson History Museum

More about this marker. The Brown-Bender House at 409 E Broadway was damaged by fire in August 2013. The marker is on display in the basement of the Jefferson History Museum.