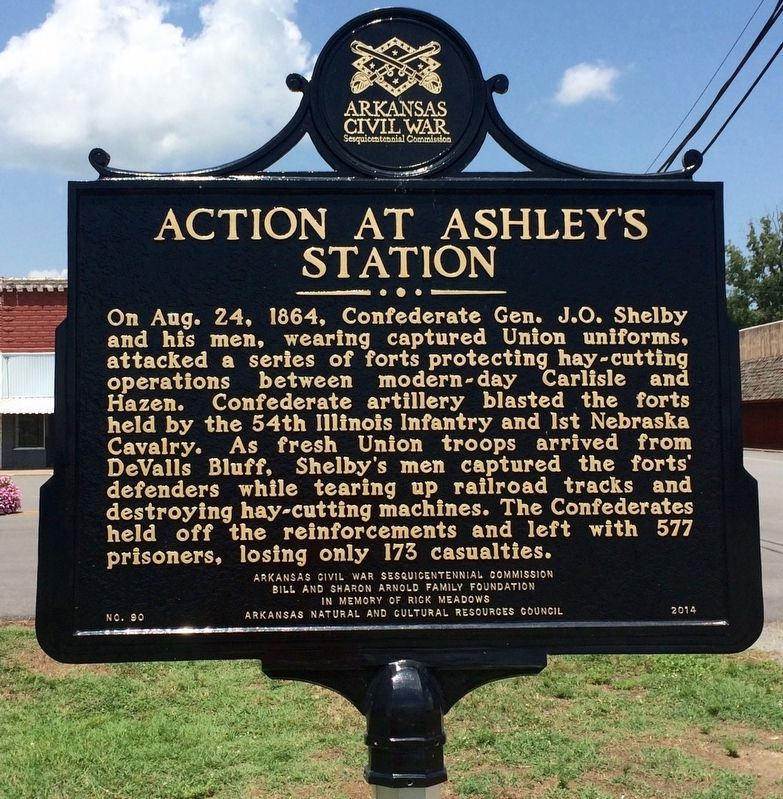 Topics and series. This historical marker is listed in these topic lists: Forts and Castles • War, US Civil. In addition, it is included in the Arkansas Civil War Sesquicentennial Commission series list. A significant historical date for this entry is August 24, 1864. 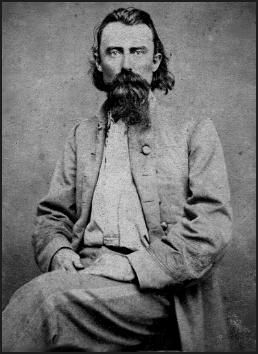 Also see . . .  Encyclopedia of Arkansas article on the Action at Ashley's Station. (Submitted on August 3, 2016, by Mark Hilton of Montgomery, Alabama.) 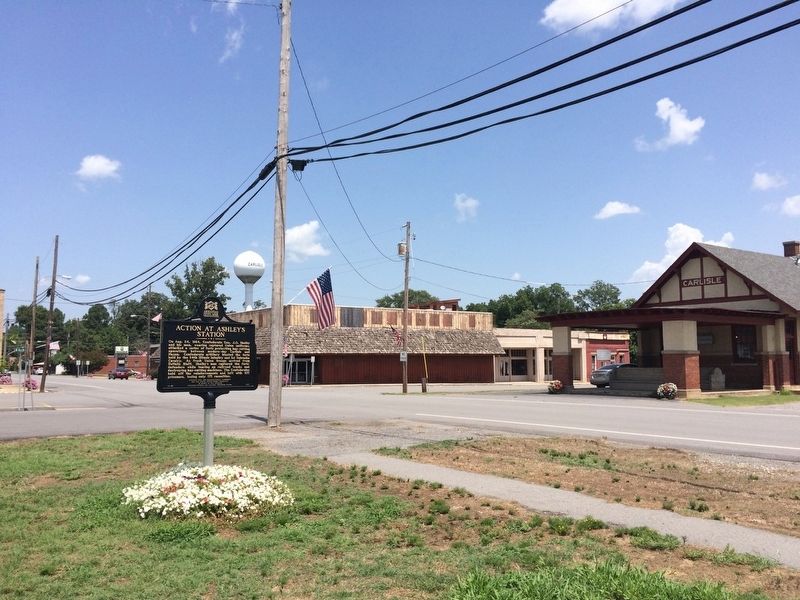