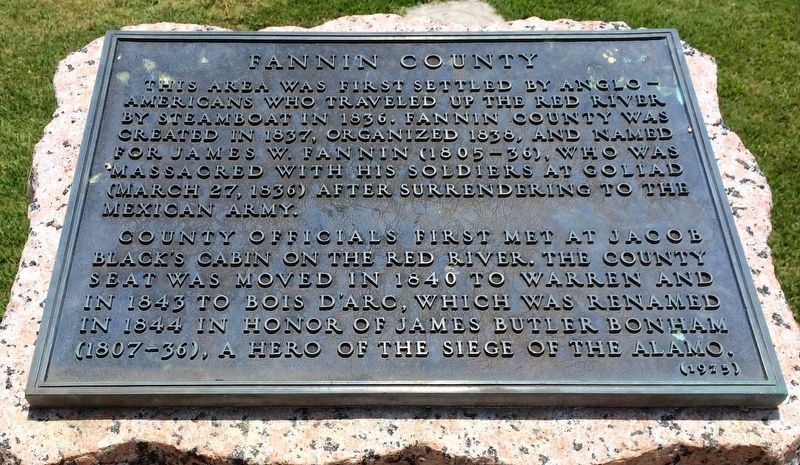 This area was first settled by Anglo - Americans who traveled up the Red River by steamboat in 1836. Fannin County was created in 1837, organized 1838, and named for James W. Fannin (1805-36), who was massacred with his soldiers at Goliad (March 27, 1836) after surrendering to the Mexican Army.

Topics and series. This historical marker is listed in these topic lists: Government & Politics • Political Subdivisions • Waterways & Vessels. In addition, it is included in the Texas 1936 Centennial Markers and Monuments series list. 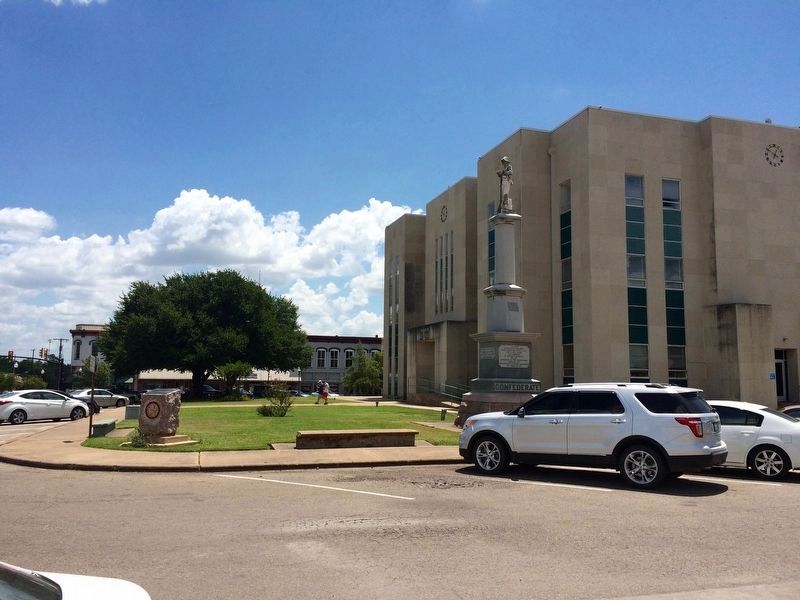 By Mark Hilton, July 21, 2016
2. Marker in front of Fannin County Courthouse (left of photo).
, on the right when traveling north on North Main Street. Touch for map. Marker is at or near this postal address: 101 East Sam Rayburn Drive, Bonham TX 75418, United States of America. Touch for directions.

Other nearby markers. At least 8 other markers are within 6 miles of this marker, measured as the crow flies. Fannin County Courthouses (within shouting distance of this marker); Spanish-American War Memorial (within shouting distance of this marker); James Butler Bonham (about 300 feet away, measured in a direct line); John Wesley Hardin (about 600 feet away); Bonham Daily Favorite (about 600 feet away); Bailey Inglish (approx. 0.6 miles away); Arledge Ridge Cemetery (approx. 4.2 miles away); Ector Lodge No. 687, A. F. & A. M. (approx. 5.4 miles away). Touch for a list and map of all markers in Bonham.

More about this marker. The plaque on the pink granite was replaced in 1975.

The marker was originally located in 1936 at a roadside park on State Highway 56 near County Road 3011, two miles miles east of downtown Bonham. The Texas Department of Transportation removed the roadside park (now used as a utility lot), and the marker was relocated to the courthouse grounds as part of the 2015 restoration project. 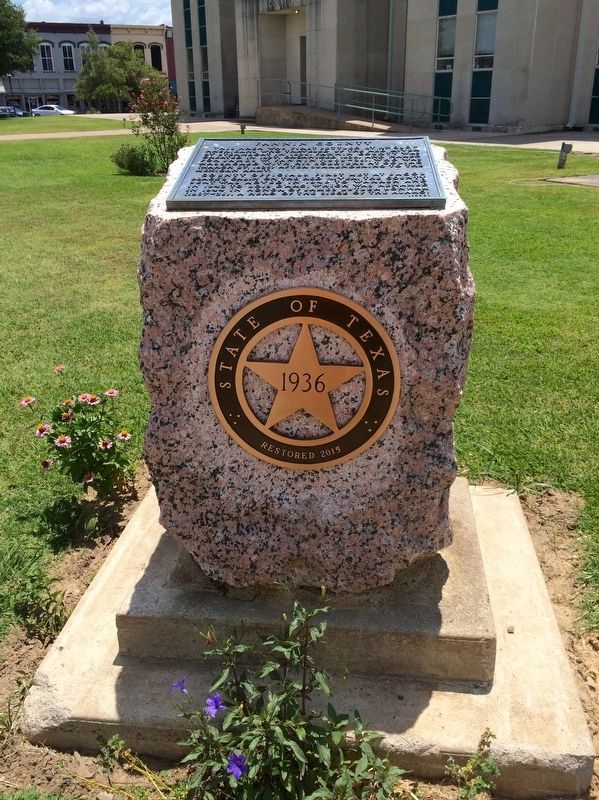