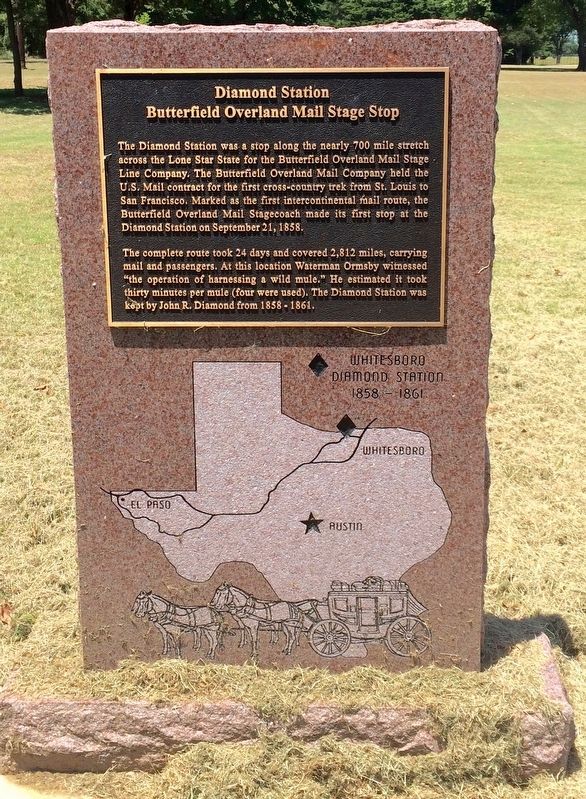 The complete route took 24 days and covered 2,812 miles, carrying mail and passengers. At this location Waterman Ormsby witnessed "the operation of harnessing a wild mule." He estimated it took 30 minutes per mule (four were used). The Diamond Station was kept by John R. Diamond from 1858 - 1861.

Topics and series. This historical marker is listed in these topic lists: Animals • Notable Places • Roads & Vehicles. In addition, it is included in the Butterfield Overland Mail series list. A significant historical date for this entry is September 21, 1858. 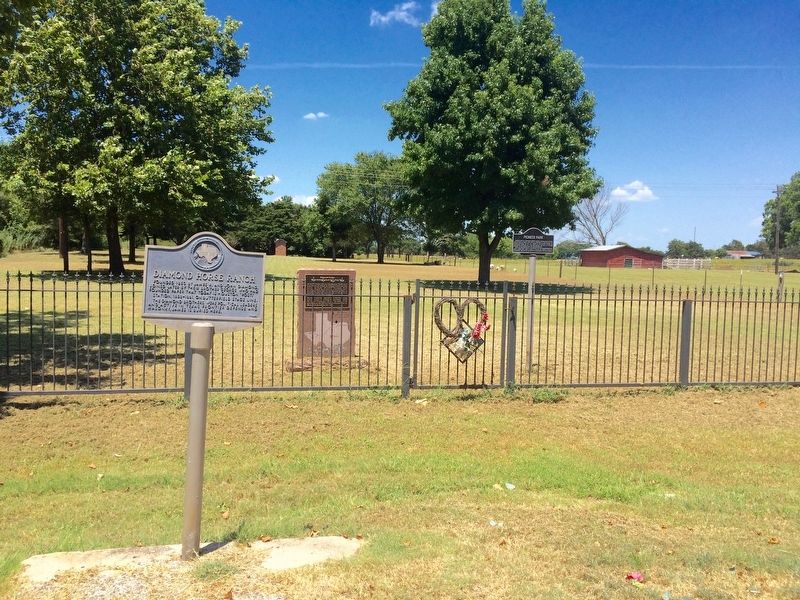 Click or scan to see
this page online
Street (State Highway 56) 1.1 miles east of U.S. 82, on the right when traveling west. Touch for map. Marker is at or near this postal address: 1057 West Main Street, Whitesboro TX 76273, United States of America. Touch for directions.

Regarding Diamond Station. The Butterfield Overland Mail route used White's Westview Inn as the Diamond Station on its trail from the Mississippi River to the Pacific Coast from 1858 to 1861.

It was part of the 6th Division Route of the Butterfield Overland Mail route which ran from Fort Chadbourne, twelve miles to the north across Valley Creek to Station #1 then sixteen miles to Mountain Pass Station, then thirty miles, past the route of the Texas and Pacific Railway, a mile west of the site of present Tye, to Fort Phantom Hill, then twelve miles more to Smith's Station, twenty six miles to Clear Fork station, thirteen miles to Franz's Station and then twenty-two miles to Fort Belknap. From Fort Belknap the line turned 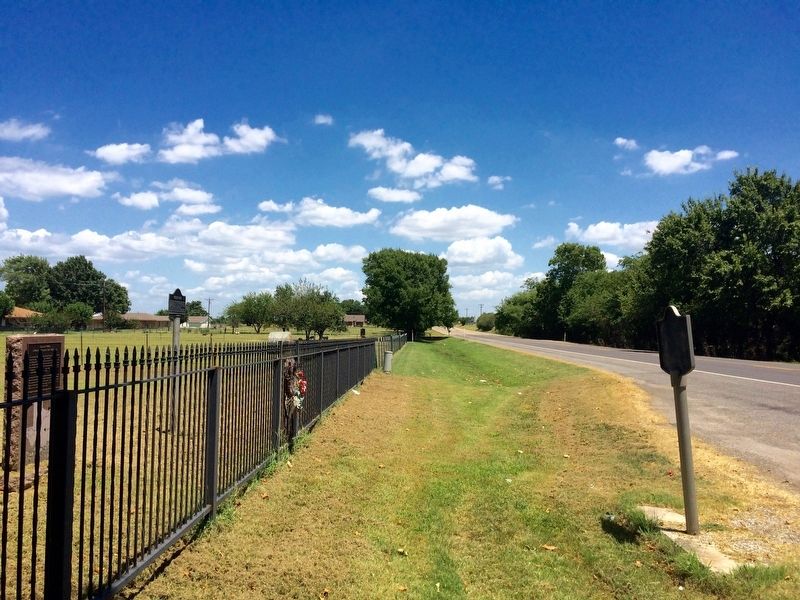 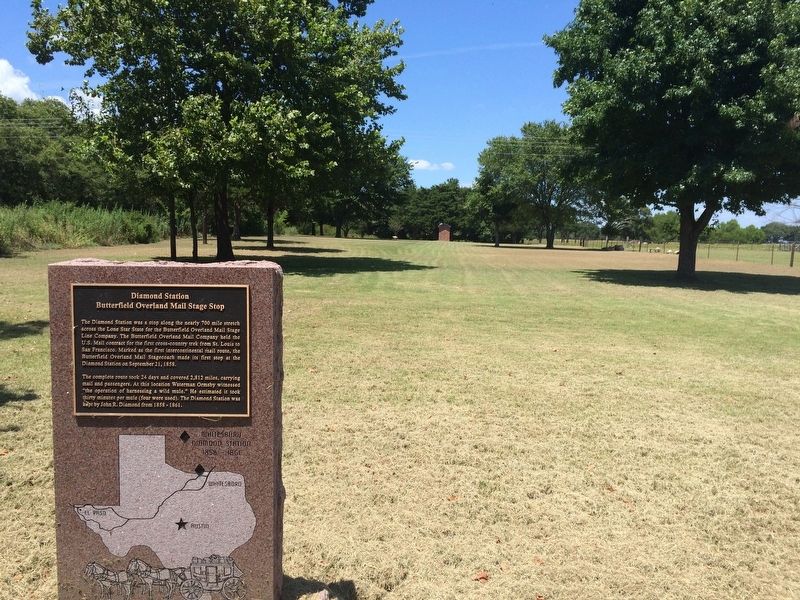