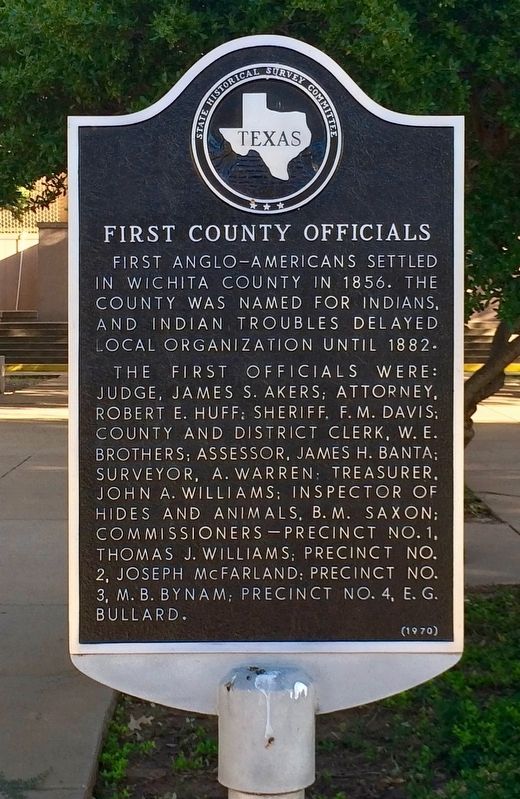 Topics. This historical marker is listed in these topic lists: Government & Politics • Native Americans • Settlements & Settlers. A significant historical year for this entry is 1856.

Location. 33° 54.721′ N, 98° 29.681′ W. Marker is in Wichita Falls, Texas, in Wichita County. Marker is at the intersection of 7th Street and Lamar Street, on the right when traveling west on 7th Street. Located at the WIchita County Courthouse. 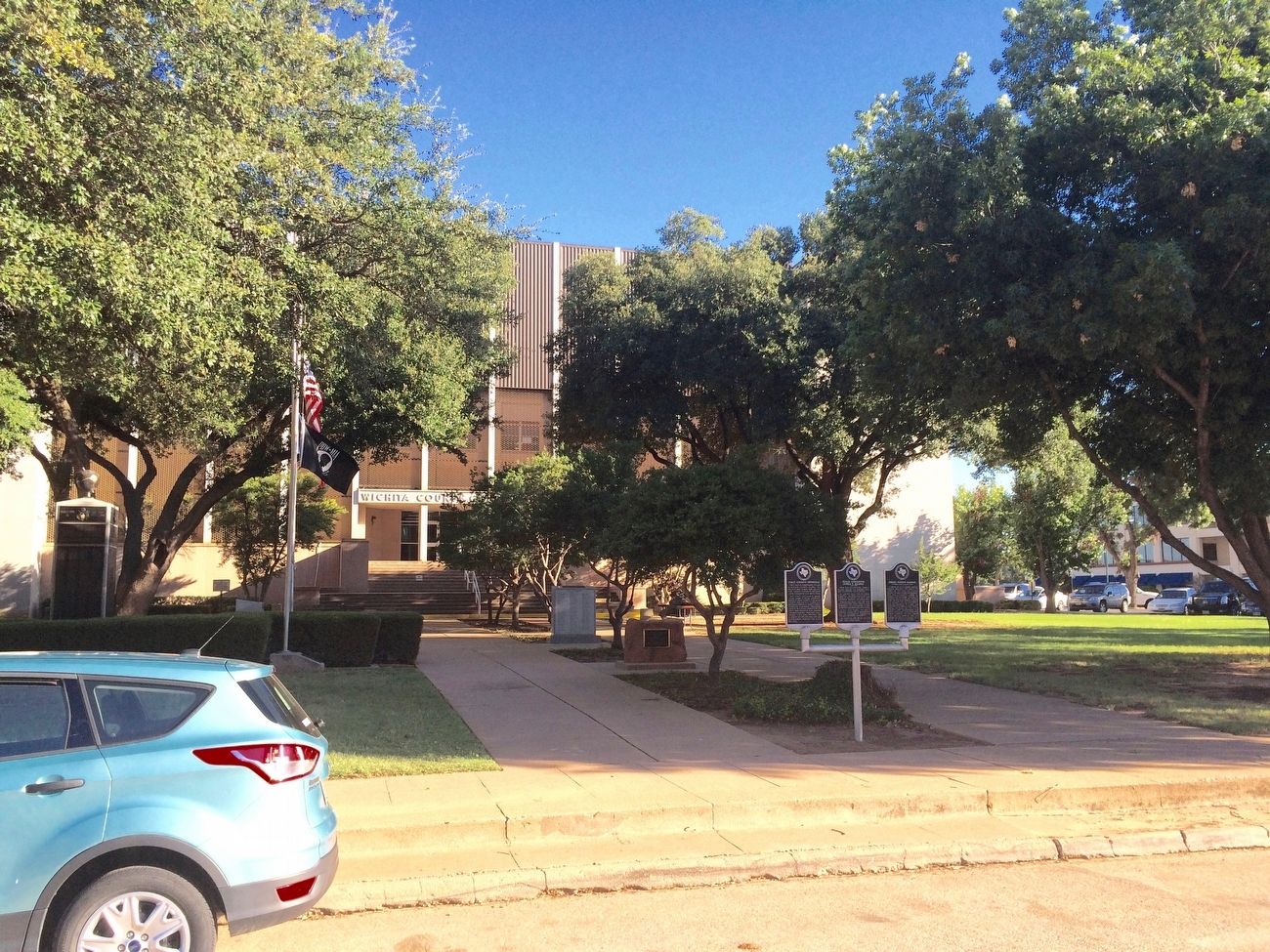 Click or scan to see
this page online
Touch for map. Marker is at or near this postal address: 900 7th Street, Wichita Falls TX 76301, United States of America. Touch for directions.

Other nearby markers. At least 8 other markers are within walking distance of this marker. Texas Governor James V. Allred (here, next to this marker); Joseph Hudson Barwise (here, next to this marker); The Lost Battalion (a few steps from this marker); Charlye Ola Farris (within shouting distance of this marker); The Wichita Falls Bank Robbery of 1896 (about 700 feet away, measured in a direct line); Site of Gorsline's Fashion Livery Stable (approx. 0.2 miles away); John F. O'Donohue (approx. ¼ mile away); George Alonzo Soule (approx. ¼ mile away). Touch for a list and map of all markers in Wichita Falls.
Credits. This page was last revised on August 13, 2016. It was originally submitted on August 13, 2016, by Mark Hilton of Montgomery, Alabama. This page has been viewed 257 times since then and 25 times this year. Photos:   1, 2. submitted on August 13, 2016, by Mark Hilton of Montgomery, Alabama.
Share this page.