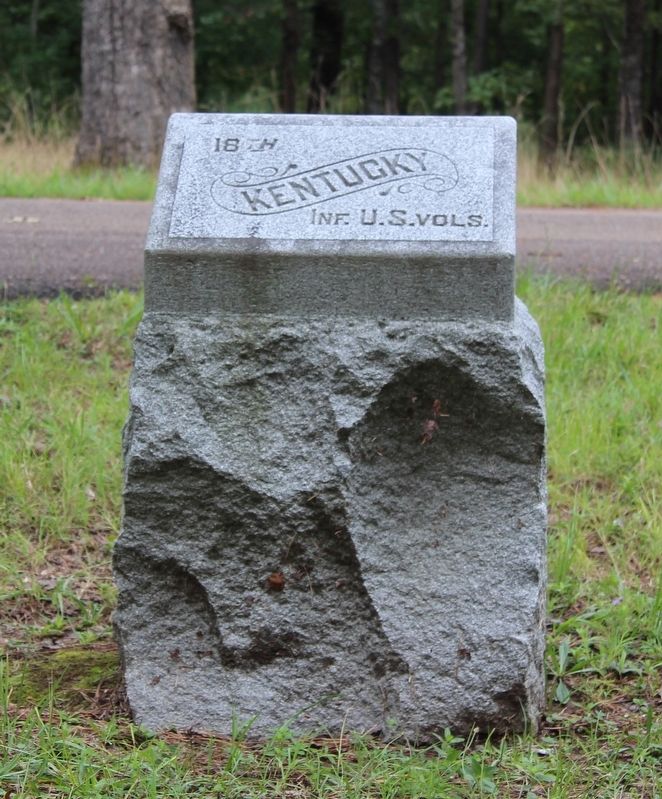 Topics. This memorial is listed in this topic list: War, US Civil. A significant historical date for this entry is September 20, 1863.

Location. 34° 55.545′ N, 85° 15.427′ W. Marker is near Fort Oglethorpe, Georgia, in Catoosa County. Memorial is on Battleline Road south of Alexanders Bridge Road, on the right when traveling south. This monument is located in the national park that preserves the site of the Chickamauga Battlefield, The monument is located near the end of the long line of mostly Union monuments, markers, and tablets that are situated along the length of the park's Battleline Road. Touch for map. Marker is in this post office area: Fort Oglethorpe GA 30742, United States of America. Touch for directions. 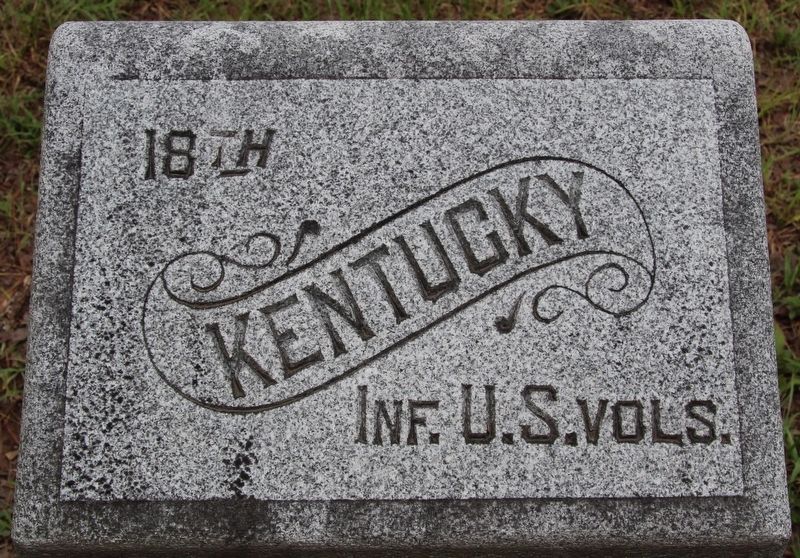 More about this marker. According to the description information provided by the National Park Service, the monument is, “1'8" x 1'2" x 3'2" high, marker is a single block of granite, rock-faced at bottom and finished above, with a slanting top inscribed with "Kentucky" within a scroll and the unit's name.” 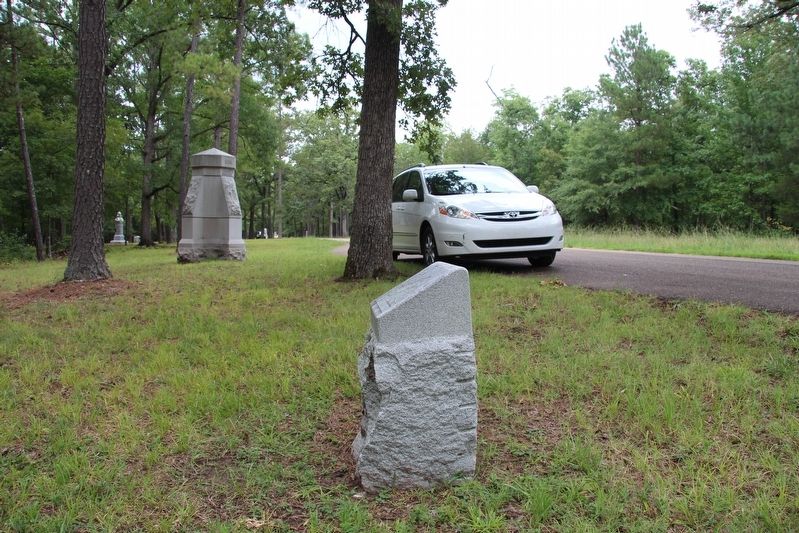 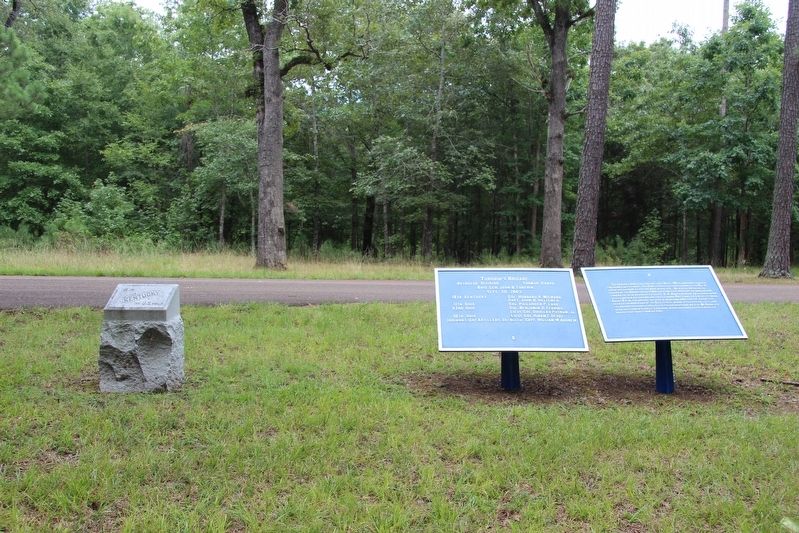 Photographed By Dale K. Benington, August 9, 2016
4. 18th Kentucky (USA) Marker
View, looking east, of the featured monument, situated just to the left of "Turchin's Brigade" tablets, along with a view in the background of the Battleline Road. 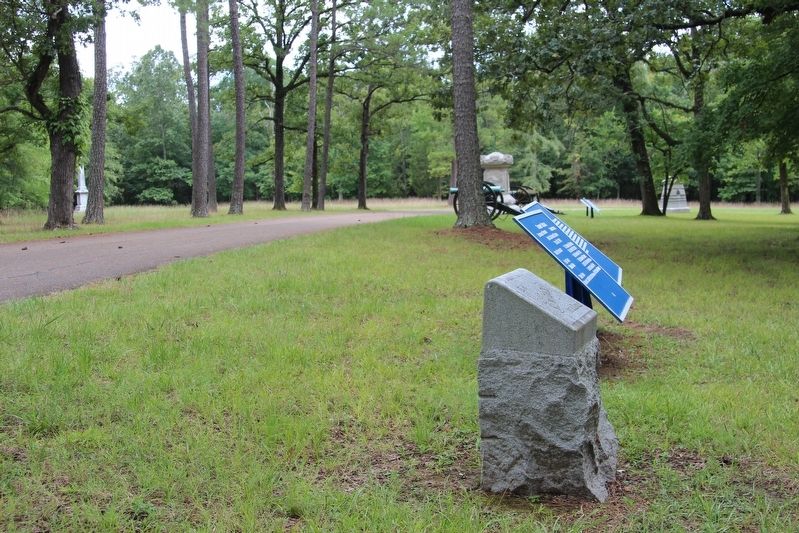