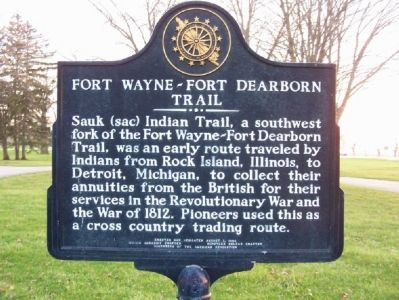 Sauk (sac) Indian Trail, a southwest fork of the Fort Wayne-Fort Dearborn Trail, was an early route travelled by Indians from Rock Island, Illinois to Detroit, Michigan to collect their annuities from the British for their services in the Revolutionary War and the War of 1812. Pioneers used this as a cross country trading route.

Topics and series. This historical marker is listed in these topic lists: Native Americans • Roads & Vehicles. In addition, it is included in the Daughters of the American Revolution (DAR) series list. A significant historical year for this entry is 1812. 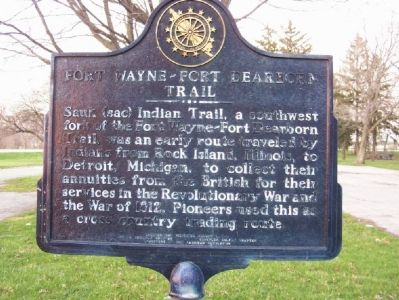 More about this marker. One side of the marker was very worn and difficult to read. The other side was in much better shape. 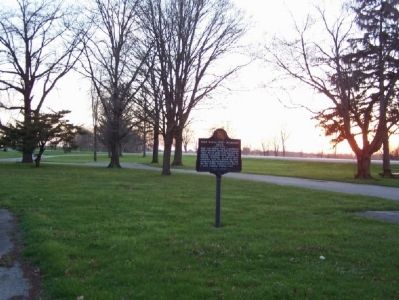 Photographed By M. Bowyer
3. The rest area where the marker was located. 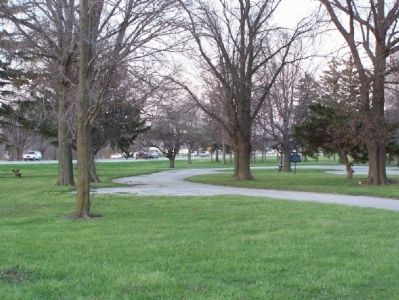 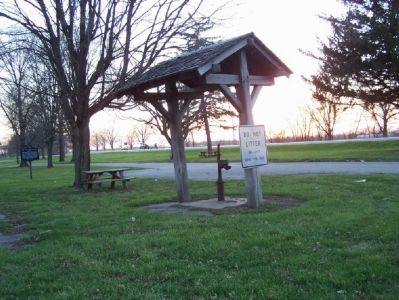 Editor’s want-list for this marker. Better picture of the marker. • Can you help?
Share this page.