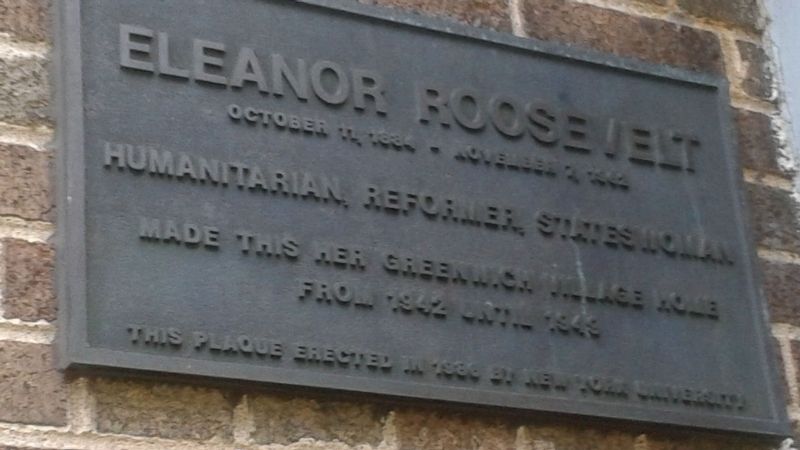 Topics and series. This historical marker is listed in these topic lists: Government & Politics • Women. In addition, it is included in the Eleanor Roosevelt series list. A significant historical date for this entry is October 11, 1884. 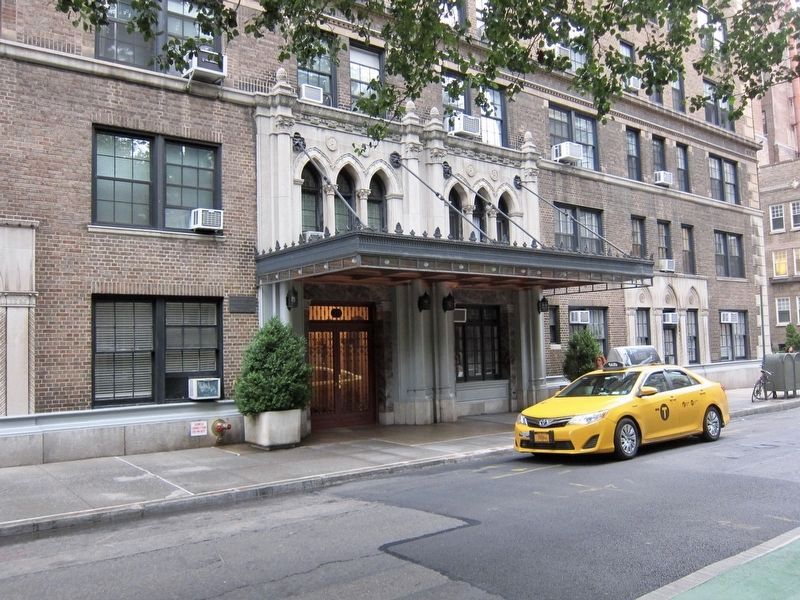 July 27, 2017
2. Eleanor Roosevelt Marker - Wide View
The marker is visible just to the left of the entrance. 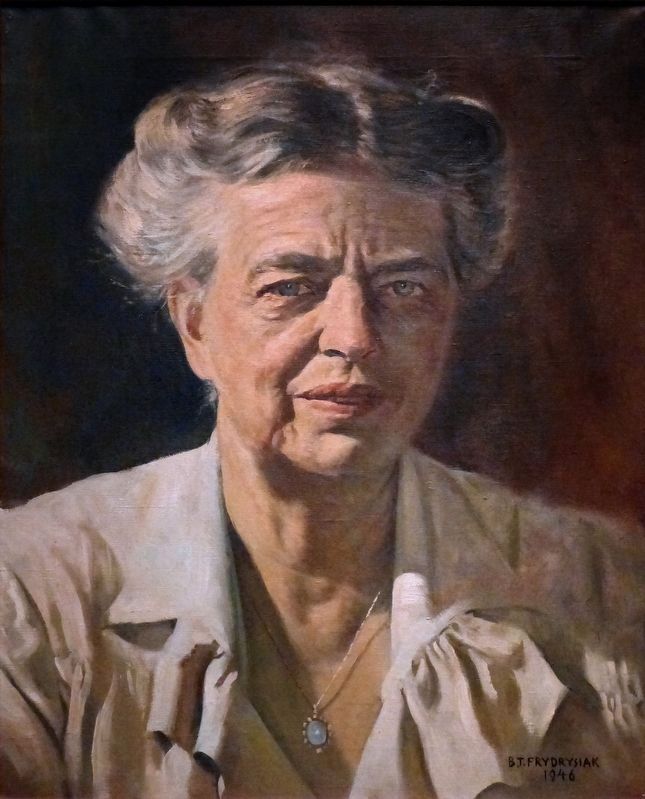 “As the nation's first lady from March 1933 to April 1945, Eleanor Roosevelt transcended her role as hostess and proved to be a vital force in Franklin D. Roosevelt's administration. She took public stands on issues ranging from exploitive labor practices to civil rights and often urged her husband to advocate for causes he might otherwise have avoided. Her activism did not end with her departure from the White House. As a U.S. delegate to the United Nations (1945-52), Mrs. Roosevelt was instrumental in formulating the Universal Declaration of Human Rights and securing its ratification by the General Assembly in 1948.