A Desperate Fight, but Few Casualties 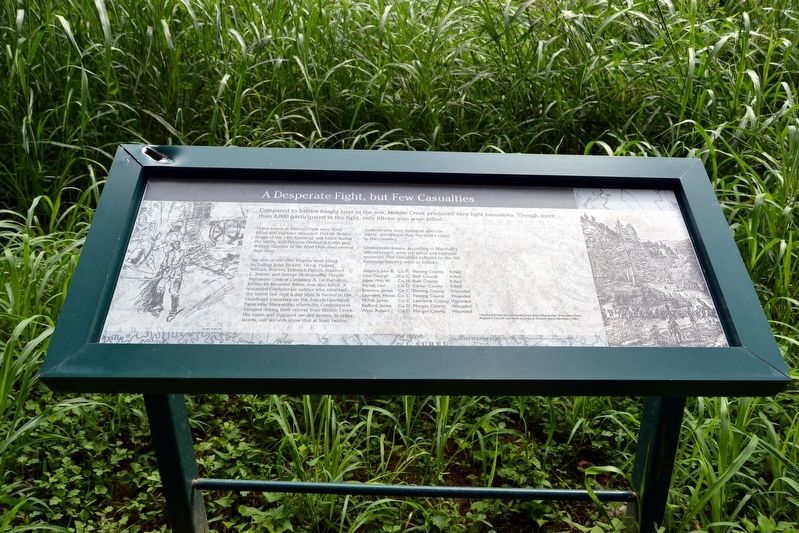 Compared to battles fought later in the war, Middle Creek produced very light casualties. Though more than 3,000 participated in the fight, only fifteen men were killed.

Union losses at Middle Creek were three killed and eighteen wounded. Private Nelson Boggs of the 14th Kentucky was killed during the battle, and Privates Frederick Coffin and William Gaudier of the 42nd Ohio died several days later.

Six men of the 29th Virginia were killed including John Pickett, Oscar Pickett, William Bowers, Leftwich Patton, Stanford L. Jessee, and George McReynolds. Private Nathaniel Cook of Company A, 1st Battalion, Kentucky Mounted Rifles, was also killed. A wounded Confederate soldier who survived the battle but died a day later is buried in the Gearheart Cemetery on the Joseph Gearheart Farm near Hueysville, where the Confederates camped during their retreat from Middle Creek. His name and regiment are not known. In other words, our records show that at least twelve Confederates died during or after the battle, notwithstanding Marshall’s claim to the contrary. 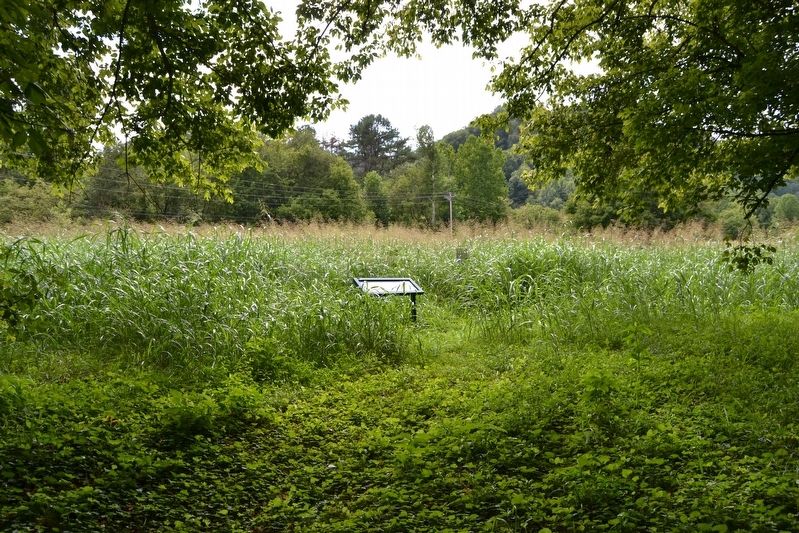 Photographed By Duane Hall, August 4, 2016
2. A Desperate Fight, but Few Casualties Marker on the Union Trail

Click or scan to see
this page online
were ten killed and fourteen wounded. The casualties suffered from the 5th Kentucky Infantry were as follows:

Topics. This historical marker is listed in this topic list: War, US Civil. A significant historical date for this entry is January 10, 1862.

More about this marker. The marker includes an illustration by Douglas Powers and an illustration titled “Garfield Drives Humphrey Marshall Out of Kentucky,” from John Clark Ridpath’s The Life and Work of James A. Garfield (Jones Brothers, 1881).