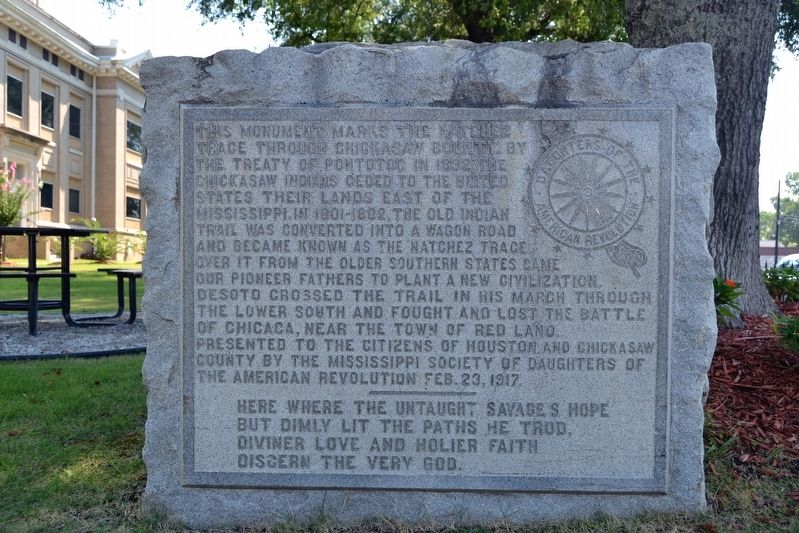 This monument marks the Natchez Trace through Chickasaw County. By the Treaty of Pontotoc in 1832, the Chickasaw Indians ceded to the United States their lands east of the Mississippi. In 1801-1802 the old Indian trail was converted into a wagon road and became known as the Natchez Trace. Over it from the older Southern states came our pioneer fathers to plant a new civilization. DeSoto crossed the trail in his march through the Lower South and fought and lost the Battle of Chicaca, near the town of Red Land.

Presented to the citizens of Houston and Chickasaw County by the Mississippi Society of Daughters of the American Revolution Feb. 23, 1917.


Here where the untaught savages hope
But dimly lit the paths he trod,
Diviner love and holier faith
Discern the very God.

Erected 1917 by Mississippi Society of the Daughters of the American Revolution.

Topics and series. This historical marker is listed in these topic lists: Native Americans • Roads & Vehicles 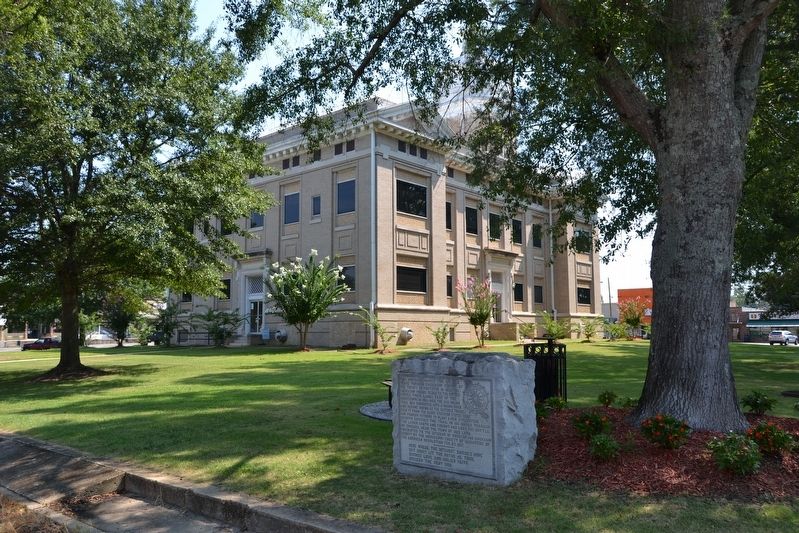 By Duane Hall, August 6, 2016
2. Marker at Chickasaw County Courthouse
Marker is at southwest corner of the courthouse grounds

Click or scan to see
this page online
• Settlements & Settlers. In addition, it is included in the Daughters of the American Revolution, and the Natchez Trace series lists. A significant historical year for this entry is 1801.

Other nearby markers. At least 8 other markers are within walking distance of this marker. Chickasaw County CSA Monument (a few steps from this marker); Chickasaw County Veterans Memorial (within shouting distance of this marker); Pinson Square (about 300 feet away, measured in a direct line); Carnegie Library (about 400 feet away); Houston (about 600 feet away); Light Columns (approx. 0.2 miles away); 1927 Schoolhouse (approx. 0.2 miles away); Booker "Bukka" White (approx. half a mile away). Touch for a list and map of all markers in Houston. 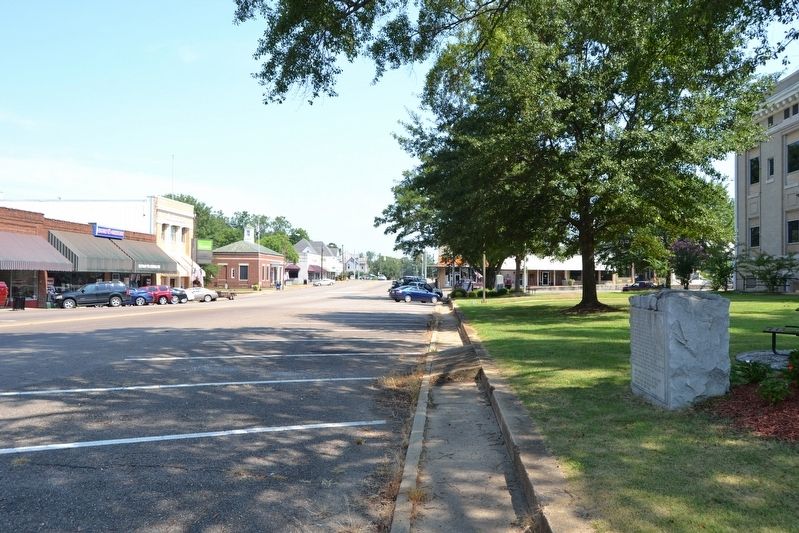 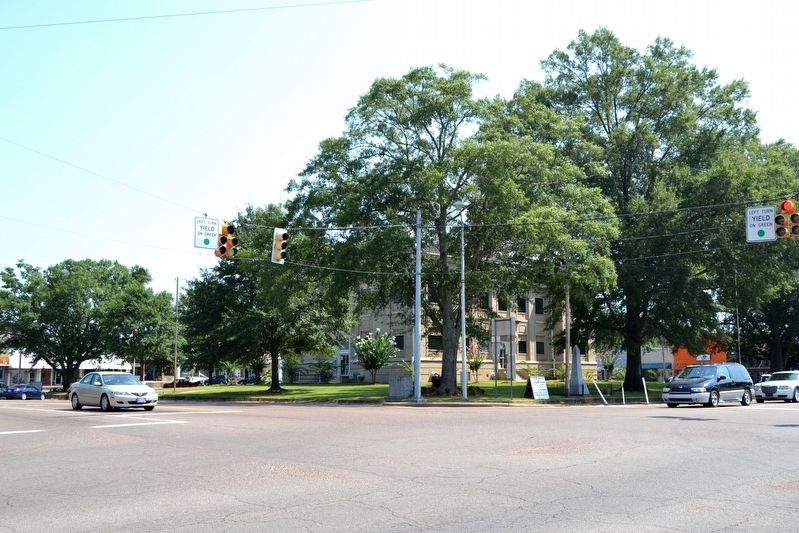