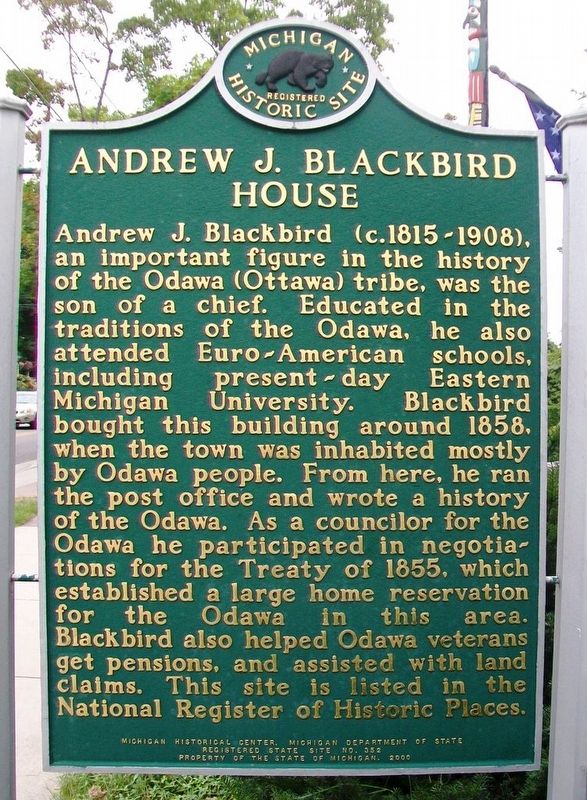 Photographed By William Fischer, Jr., August 25, 2016
1. Andrew J. Blackbird House Marker (Side A)
Inscription.
, Andrew J. Blackbird House , Andrew J. Blackbird (c.1815 - 1908), an important figure in the history of the Odawa (Ottawa) tribe, was the son of a chief. Educated in the traditions of the Odawa, he also attended Euro-American schools including present-day Eastern Michigan University. Blackbird bought this building around 1858, when the town was inhabited mostly by Odawa people. From here, he ran the post office and wrote a history of the Odawa. As a councilor for the Odawa he participated in the negotiations for the Treaty of 1855, which established a large home reservation for the Odawa in this area. Blackbird also helped Odawa veterans get pensions, and assisted with land claims. This site is listed in the National Register of Historic Places.

[Marker translated into Ojibwe] , . This historical marker was erected in 2000 by Michigan Historical Center, Michigan Department of State. It is in Harbor Springs in Emmet County Michigan