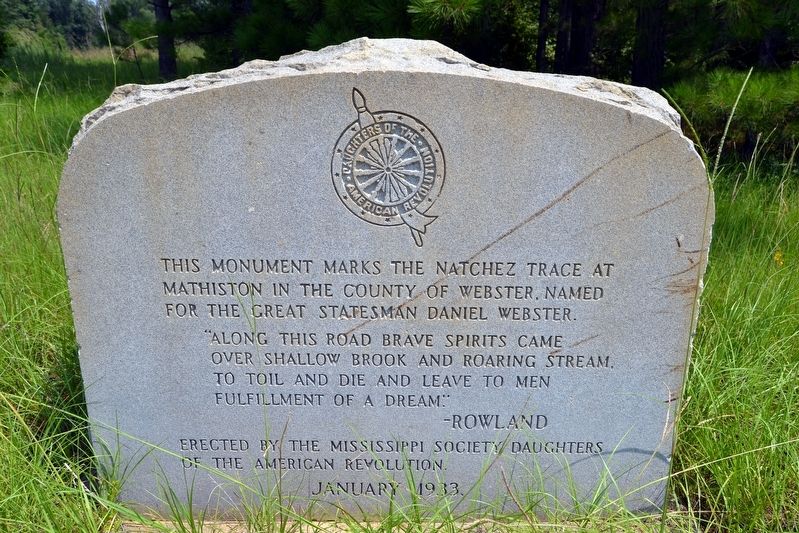 This monument marks the Natchez Trace at Mathiston in the county of Webster, named for the great statesman Daniel Webster.

“Along this road brave spirits came over shallow brook and roaring stream, to toil and die and leave to men fulfillment of a dream.”
—ROWLAND

Erected by the Mississippi Society Daughters of the American Revolution.
January 1933.

Erected 1933 by Mississippi Society of the Daughters of the American Revolution.

Topics and series. This historical marker is listed in these topic lists: Roads & Vehicles • Settlements & Settlers. In addition, it is included in the Daughters of the American Revolution (DAR), and the Natchez Trace series lists.

Location. 33° 32.443′ N, 89° 7.888′ W. Marker is in Mathiston, Mississippi, in Webster County. Marker is at the intersection of U.S. 82 and Natchez Trace Road, on the right when traveling west on U.S. 82. Marker is at northeast corner of intersection on top of the road bank facing 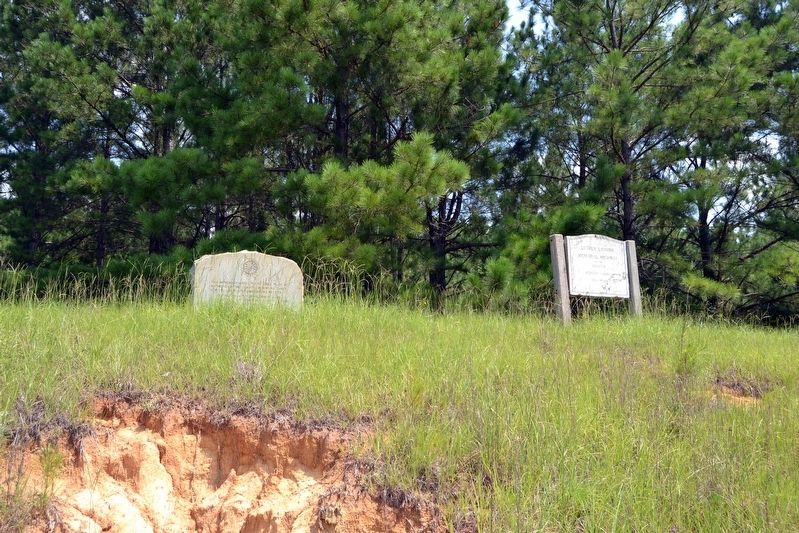 Photographed By Duane Hall, August 6, 2016
2. Natchez Trace at Mathiston Marker and Luther Latham Memorial Highway Sign
The sign to the right of the DAR Natchez Trace monument marks the Luther Latham Memorial Highway, which was designated by the Mississippi Legislature in 1940 for that section of US 82 that traverses Webster County. The sign reads:

Click or scan to see
this page online
US 82. Touch for map. Marker is in this post office area: Mathiston MS 39752, United States of America. Touch for directions. 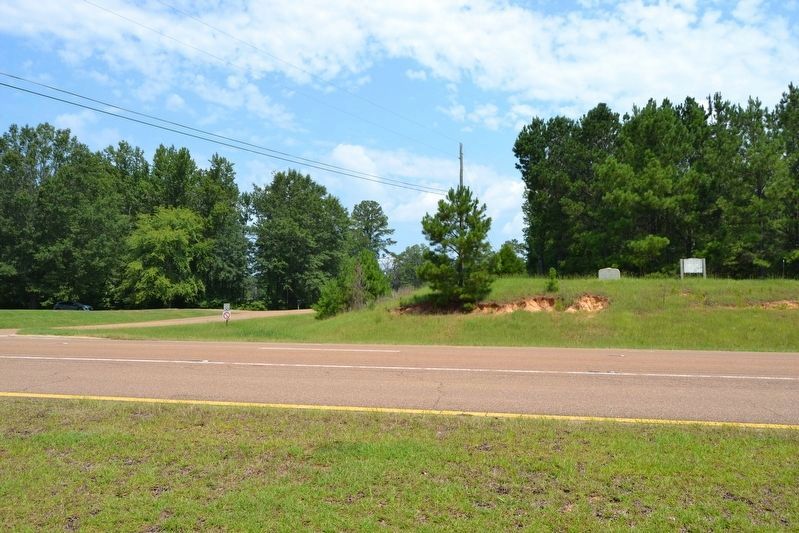 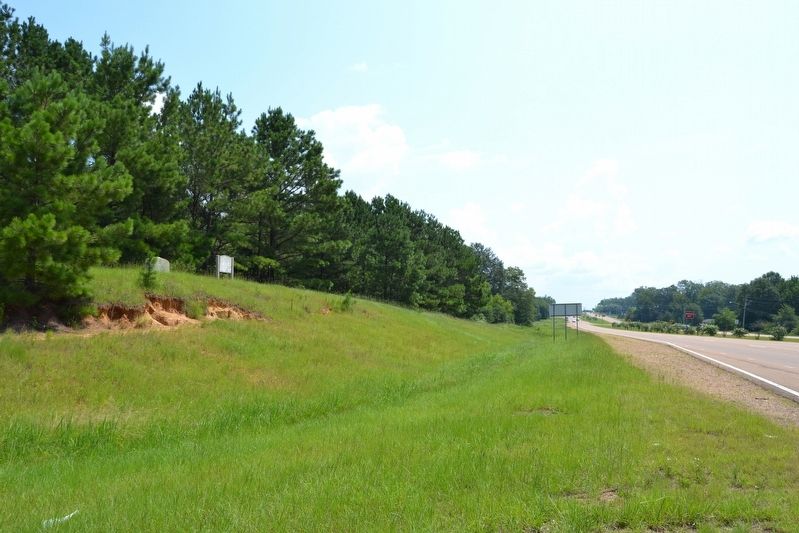 Photographed By Duane Hall, August 6, 2016
4. View to the East from Natchez Trace Road 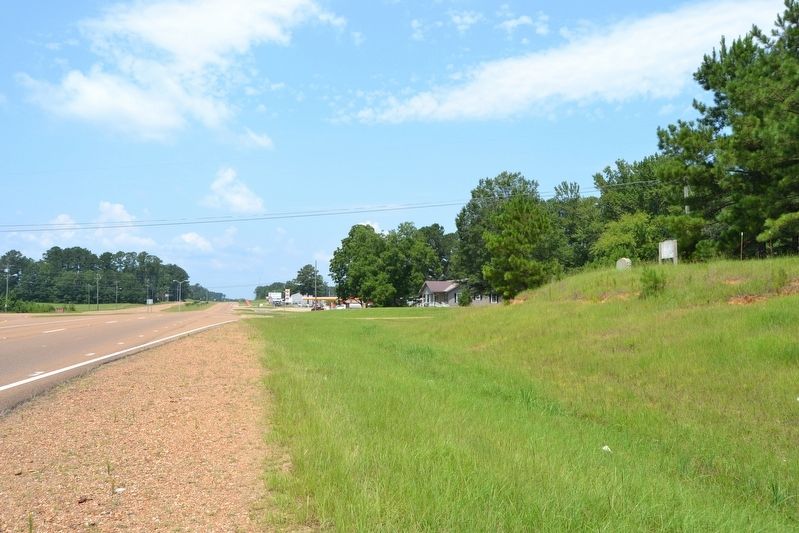