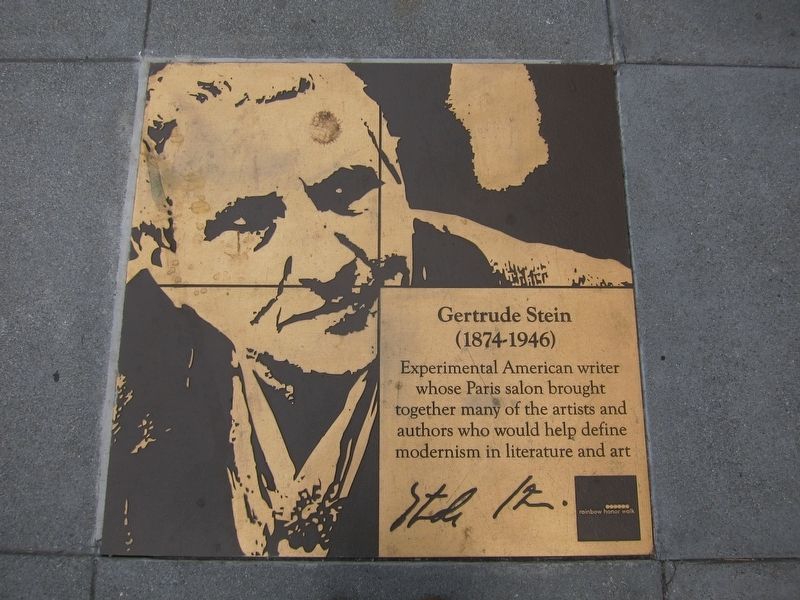 Photographed By Andrew Ruppenstein, September 9, 2016
1. Gertrude Stein Marker
Inscription.
Gertrude Stein. Experimental American writer whose Paris salon brought together many of the artists and authors who would help define modernism in literature and art . This historical marker was erected in 2014 by Rainbow Honor Walk. It is in San Francisco in San Francisco City and County California

Topics and series. This historical marker is listed in these topic lists: Arts, Letters, Music • Women. In addition, it is included in the Rainbow Honor Walk series list. 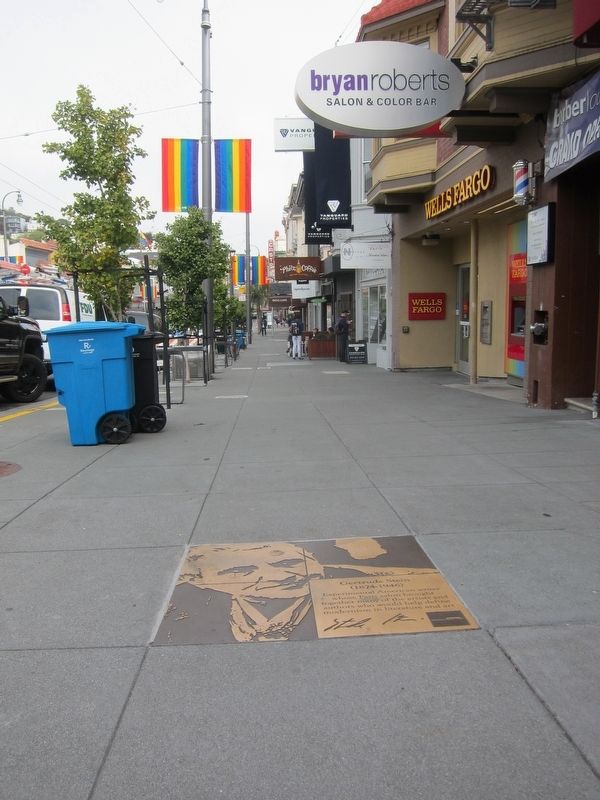 More about this marker. This marker is one of 20 installed in September 2014, to honor notable LGBTQ persons.

Regarding Gertrude Stein. American writer and thinker who spent most of her life in France, well known for her writing, her premier art collection of twentieth century painters like Matisse, Cezanne, and Picasso, Gauguin, Renoir, and Toulouse-Lautrec, and the many famous people, artists and writers both, like Hemingway and Wilder, who visited her Paris salon. Her life-long partner, Alice B. Toklas, came to be famous in her own right. Stein’s affirming essay, Miss Furr and Miss Skeene, is one of the first homosexual revelation stories to be published. It contains the word “gay”: over one hundred times, perhaps the first published use of the word “gay” in reference to same-sex relationships and those who have them. - Rainbow Honor Walk 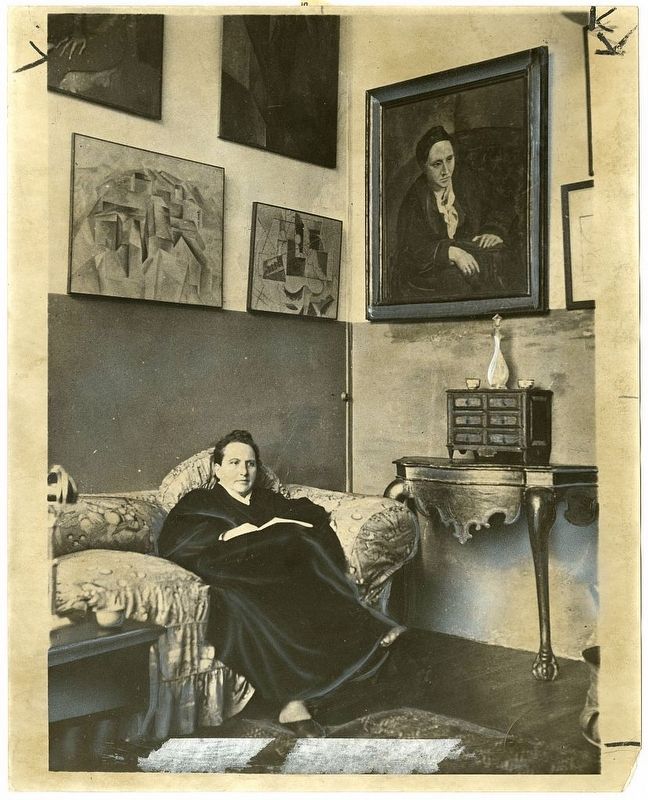 Photographed By World Wide Photos, Inc., 1930
3. Gertrude Stein in Paris
Photo courtesy of the Library of Congress, full title is Gertrude Stein sitting on a sofa in her Paris studio, with a portrait of her by Pablo Picasso, and other modern art paintings hanging on the wall behind her
LGBT LGBTQ 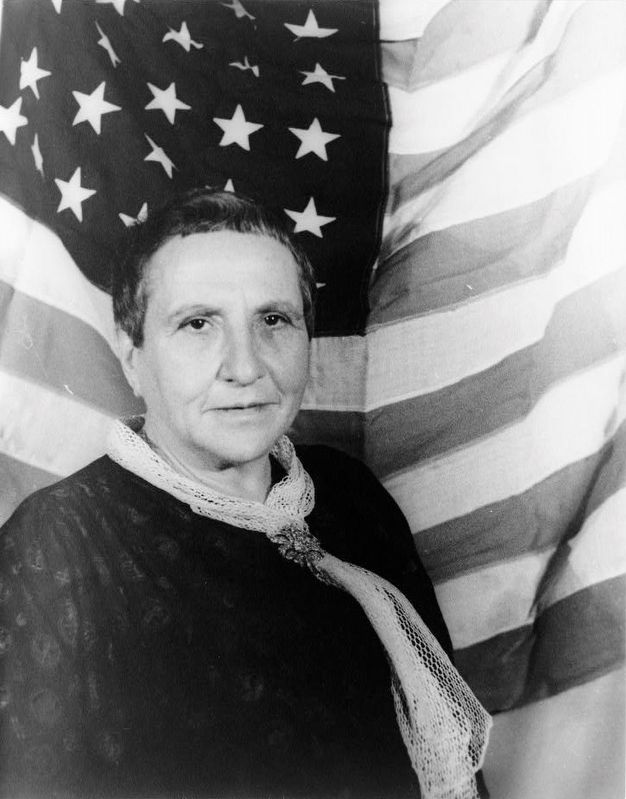