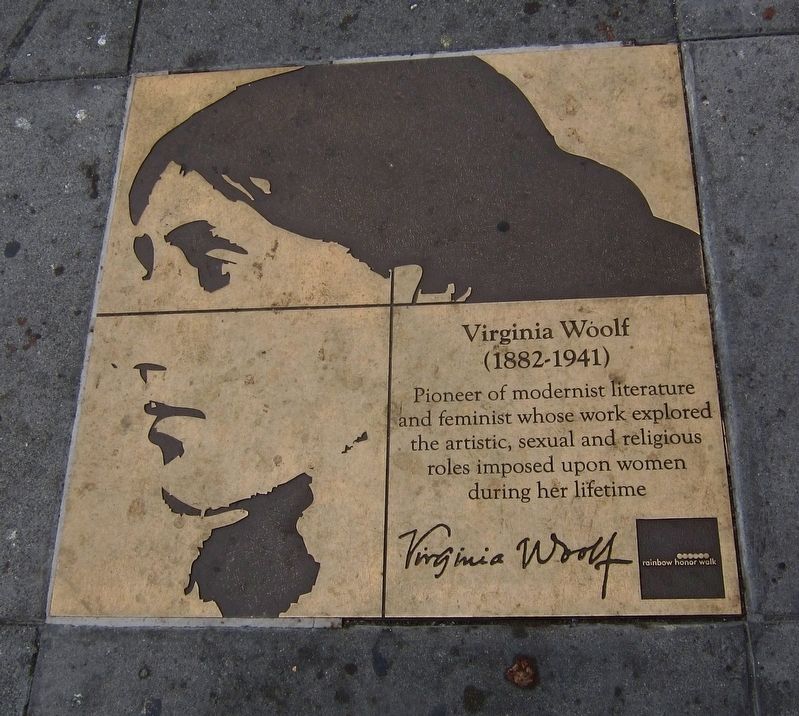 Pioneer of modernist literature and feminist whose work explored the artistic, sexual and religious roles imposed upon women during her lifetime

Topics and series. This historical marker is listed in these topic lists: Arts, Letters, Music • Women. In addition, it is included in the Rainbow Honor Walk 🏳️‍🌈 series list. 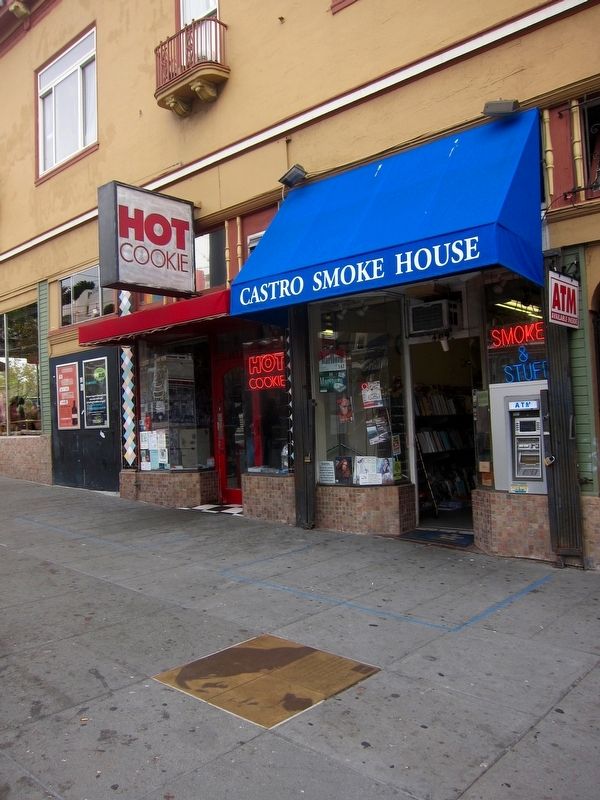 By Andrew Ruppenstein, September 9, 2016
2. Virginia Woolf Marker - Wide View
This marker is one of twenty installed in September 2014, to honor various notable LGBTQ persons, and it is the first in the series that one would encounter when walking south (on the theater side) on Castro Street from Market Street.

Also see . . .  Rainbow Honor Walk: Honoree Bios. English novelist, essayist, publisher regarded as one of the foremost modernist literary figures of the twentieth century. She experimented with stream-of-consciousness in her works and the underlying psychological as well as emotional motives of characters. She is arguably the major lyrical novelist in the English language. Her novels are highly experimental, showing intense lyricism and stylistic virtuosity. Her popular 1928 novel, Orlando, traces the adventures of an aristocratic poet who changes sex and gender over 300 years. The tale was inspired as a love letter to Woolf’s female lover, Vita Sackville-West. Woolf, along with other writers like Lytton Strachey, Rupert Brooke, Duncan Grant, and Saxon Sydney-Turner formed the nucleus of the intellectual circle of writers and artists known as the Bloomsbury 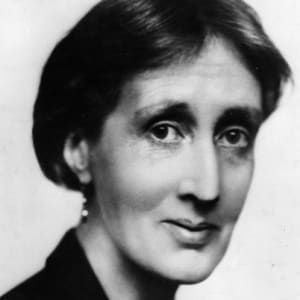