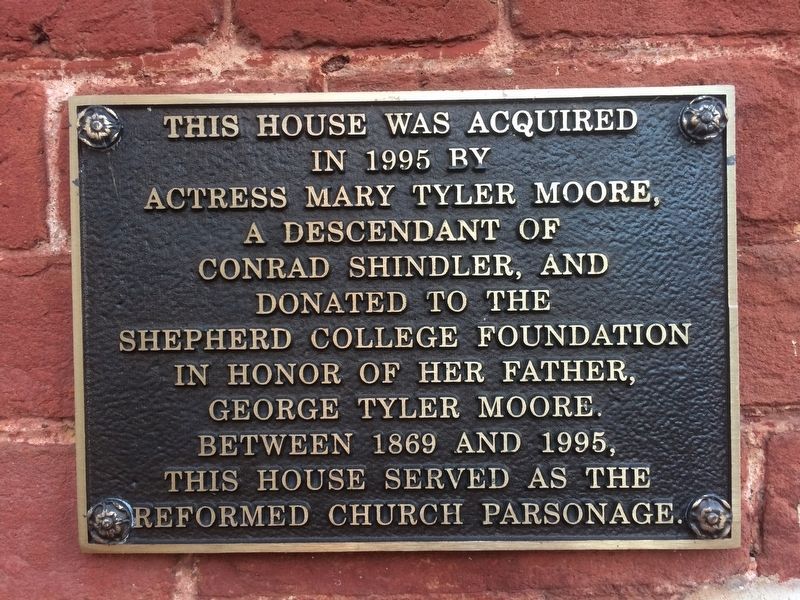 This house was acquired in 1995 by actress Mary Tyler Moore, a descendant of Conrad Shindler, and donated to the Shepherd College Foundation in honor of her father, George Tyler Moore. Between 1869 and 1995, this house served as the Reformed Church parsonage.

Topics. This historical marker is listed in these topic lists: Churches & Religion • Education • Women. A significant historical year for this entry is 1995. 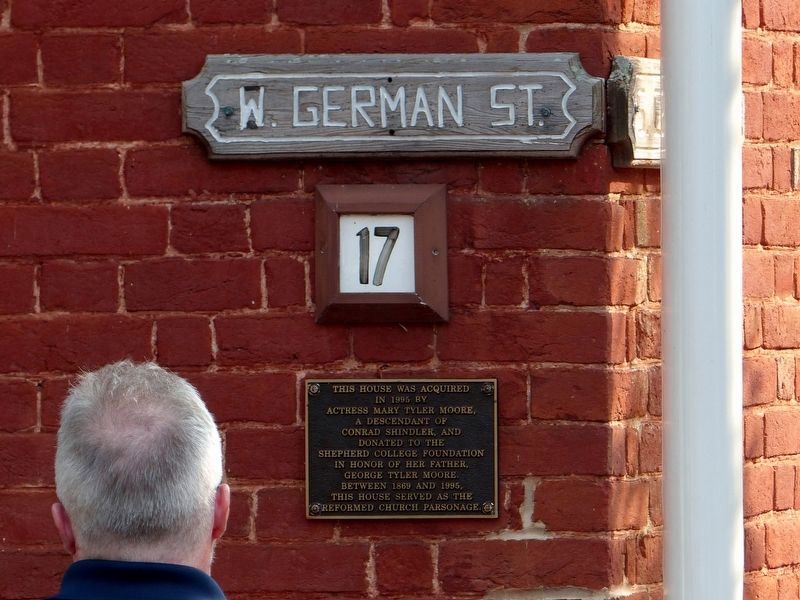 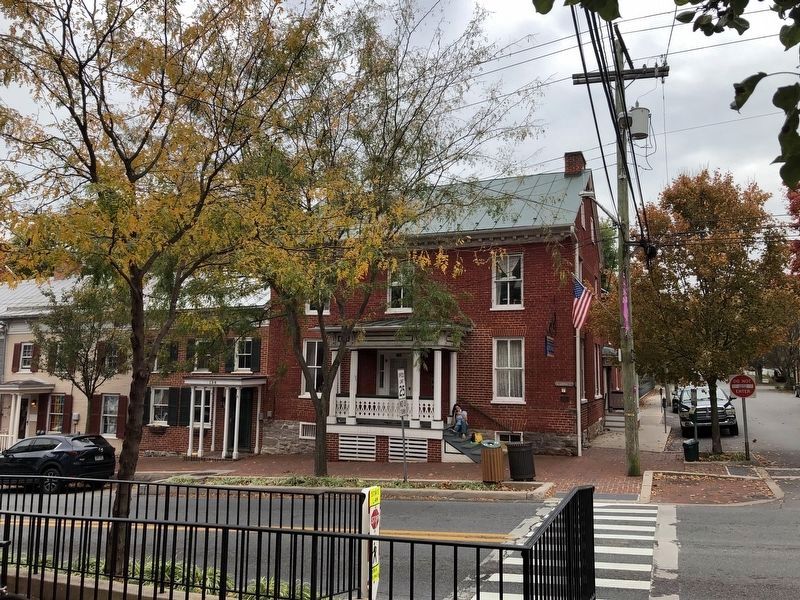 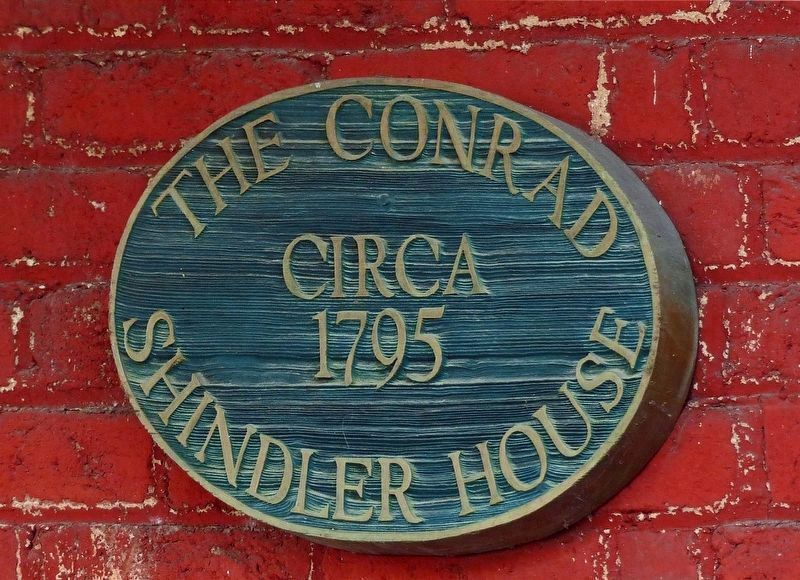 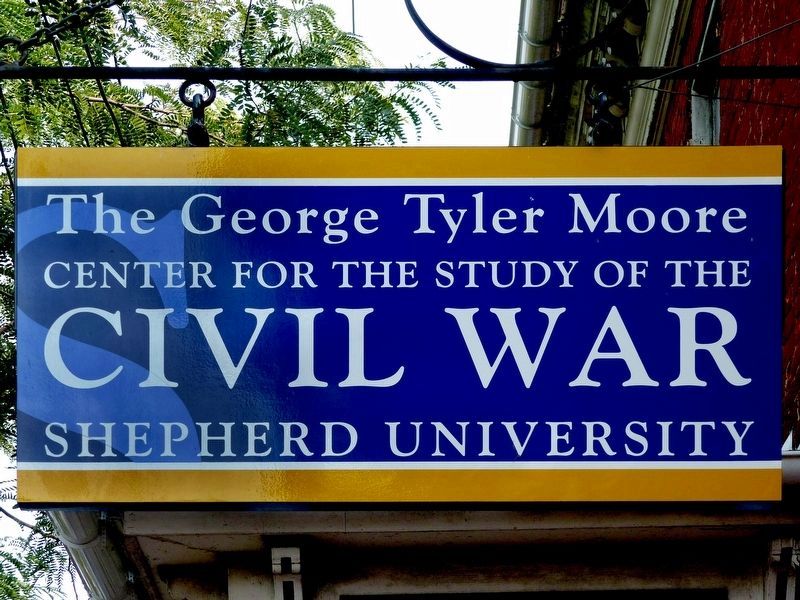