The Hidalgo House and Museum 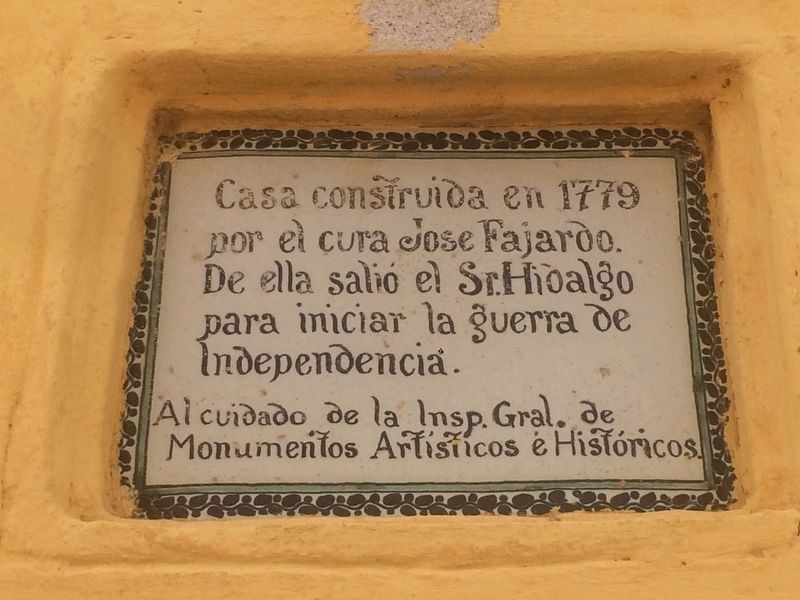 Photographed By J. Makali Bruton, October 1, 2016
1. The Hidalgo House and Museum Marker
Inscription.
English translation: , This house was constructed in 1779 by the priest José Fajardo. From here Miguel Hidalgo left to start the War of Mexican Independence., Under the care of the Inspector General of Artistic and Historic Monuments. . This historical marker was erected by Insp. Gral. de Monumentos Artísticos é Históricos. It is in Dolores Hidalgo Guanajuato Mexico