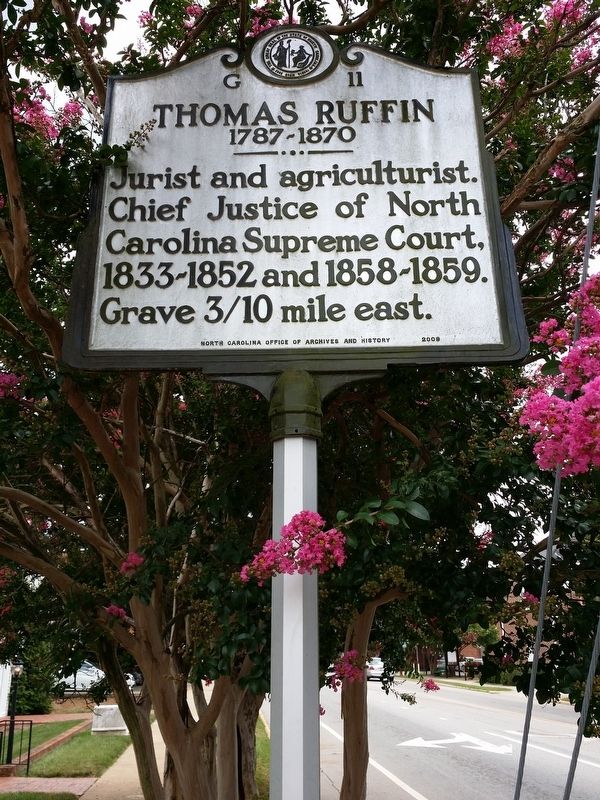 Topics and series. This historical marker is listed in these topic lists: Agriculture • Cemeteries & Burial Sites • Government & Politics. In addition, it is included in the North Carolina Division of Archives and History series list. A significant historical year for this entry is 1833. 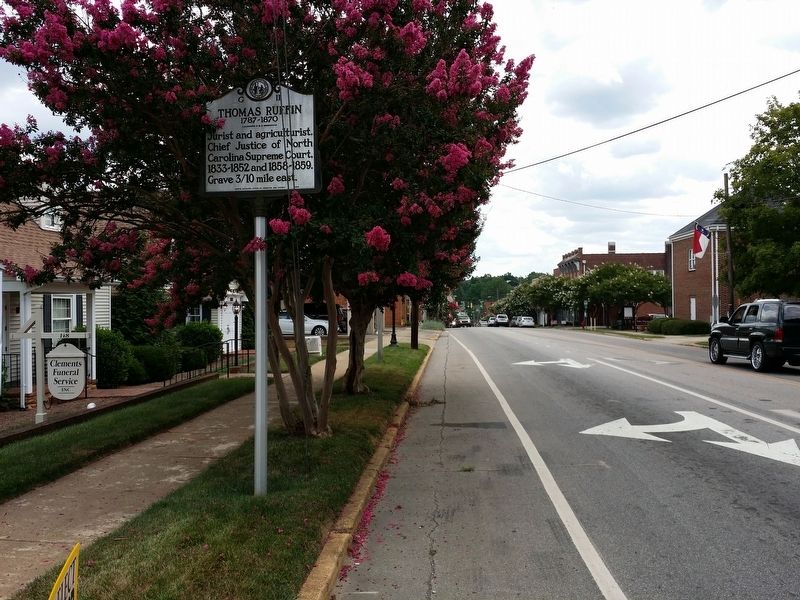 Also see . . .
1. Find a Grave link. (Submitted on October 9, 2016, by Michael C. Wilcox of Winston-Salem, North Carolina.)
2. Supreme Court to Remove Portrait of Chief Justice Thomas Ruffin from Its Courtroom. The court removed the painting in 2020 after an advisory commission recommended it. According to the news release:

Ruffin served as chief justice from 1833 to 1852. A slave owner himself, Ruffin authored opinions as chief justice defending the institution of slavery and was regarded even by his contemporaries as particularly brutal in his ownership of slaves. Calls for his legacy to be re-examined and for the removal of the prominent, larger-than-life portrait from the Supreme Court’s courtroom often cite Ruffin’s most notorious opinion, State v. Mann. In that case, in which an enslaved woman had been shot in the back after fleeing a brutal whipping, Ruffin rejected the notion that a slave owner could be 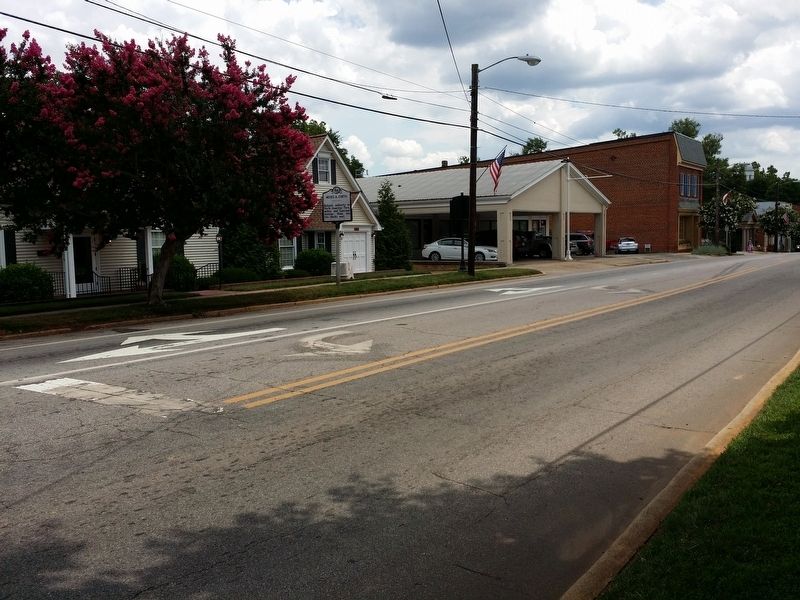 Photographed By Michael C. Wilcox, June 30, 2014
3. Thomas Ruffin Marker
guilty of assault or battery of an enslaved person, writing, “The power of the master must be absolute to render the submission of the slave perfect... This discipline belongs to the state of slavery.”