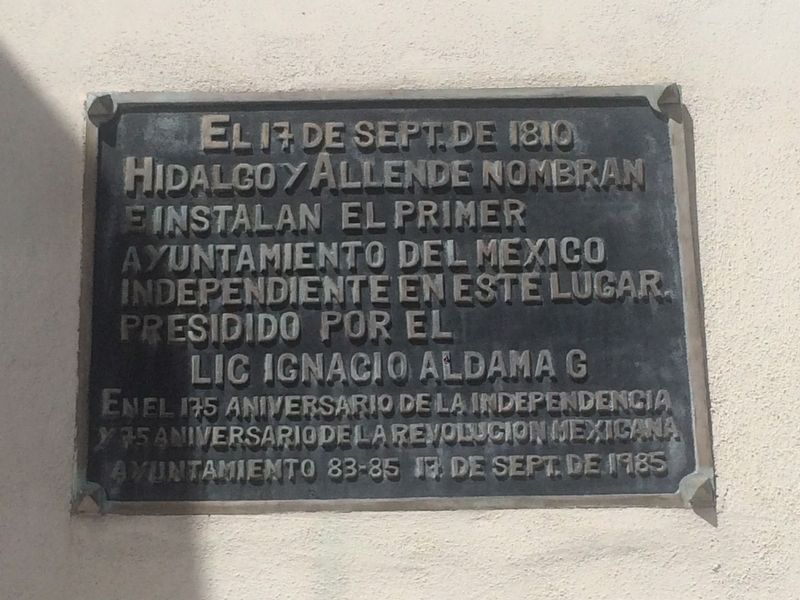 Photographed By J. Makali Bruton, October 8, 2016
1. First Independent Municipality of Mexico Marker
Inscription.
English translation: , On September 17, 1810 , Hidalgo and Allende named and installed the , First Municipality of Independent Mexico , in this location. , It was presided over by Ignacio Aldama G. , On the 175th anniversary of Independence , and the 75th anniversary of the Mexican Revolution , Municipal Council of 1983-1985, September 17, 1985 . This historical marker was erected in 1985 by Ayuntamiento de San Miguel de Allende. It is in San Miguel de Allende Guanajuato Mexico