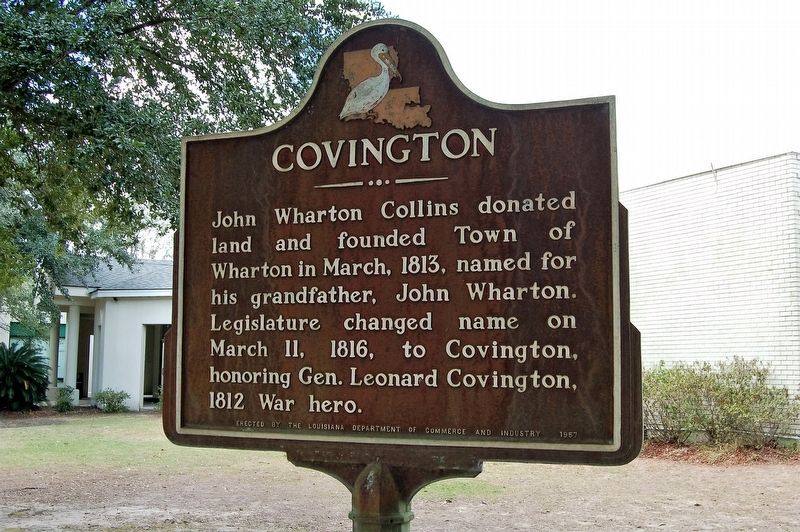 October 14, 2016
1. Covington Marker
Inscription.
Covington. . John Wharton Collins donated land and founded Town of Wharton in March, 1813, named for his grandfather, John Wharton. Legislature changed name on March 11, 1816, to Covington, honoring Gen. Leonard Covington, 1812 War hero. . This historical marker was erected in 1957 by The Louisiana Department of Commerce an Industry. It is in Covington in St. Tammany Parish Louisiana

Erected 1957 by The Louisiana Department of Commerce an Industry.

Topics. This historical marker is listed in these topic lists: Colonial Era • Settlements & Settlers • War of 1812.

Other nearby markers. At least 8 other markers are within walking distance of this marker. Bicentennial Covington #1 (about 600 feet away, measured in a direct line); Public "Ox Lot" Parking (about 700 feet away); Reconstruction Period (approx. 0.2 miles away); H.J. Smith and Sons Hardware and Museum 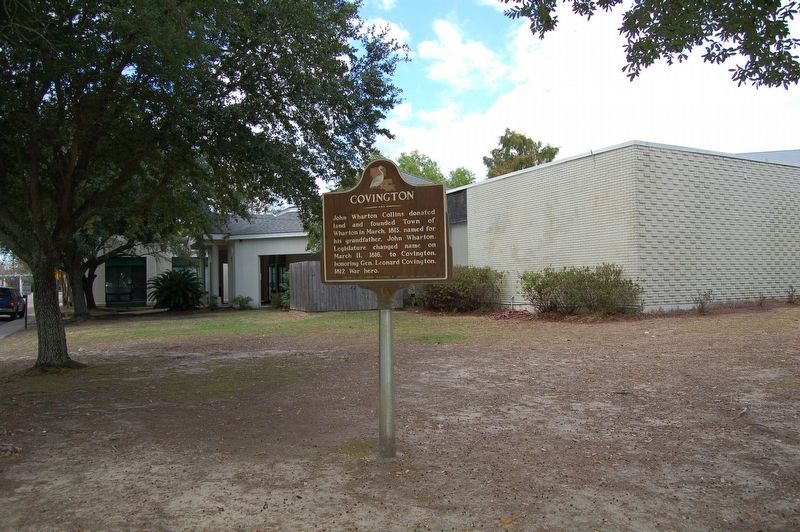 Additional comments.
1.
The John Collins marker in Covington Louisiana has his grandfather's name wrong. GF was not named John Wharton. It was Thomas Wharton Collins.
— Submitted April 12, 2019, by James N. Bell of Lufkin, Texas, Texas.
Credits. This page was last revised on August 5, 2019. It was originally submitted on October 15, 2016. This page has been viewed 207 times since then. Photos:   1, 2. submitted on October 15, 2016. • Bernard Fisher was the editor who published this page.
Share This Page.