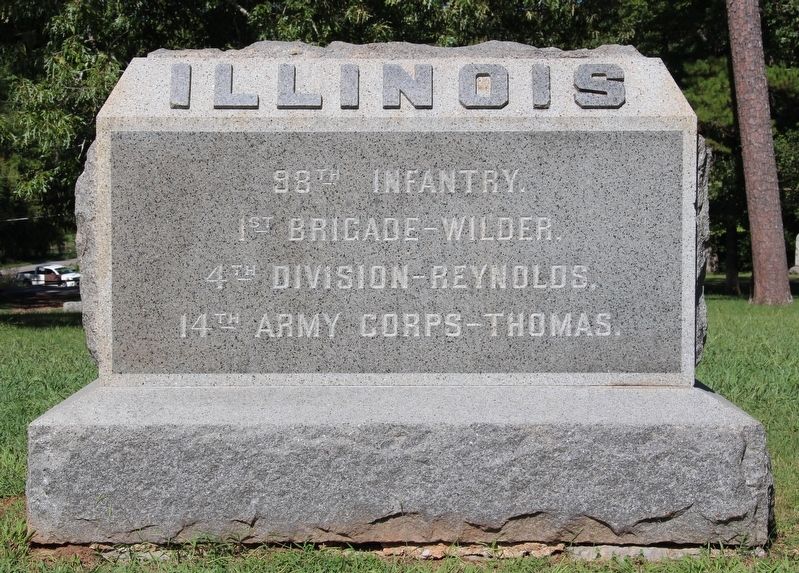 Location. 34° 54.456′ N, 85° 16.349′ W. Marker is near Fort Oglethorpe, Georgia, in Walker County. Marker is on Glenn-Viniard Road north of Wilder Road, on the right when traveling north. This marker is located in the national park that preserves the site of the Chickamauga Battlefield, a short distance off a park roadway (Google maps show road as Vittitoe-Chickamauga Road, NPS map show road as Glenn-Viniard Road), north of the Wilder Tower. According to the location information provided by the National Park Service, this “Monument is located in the Chickamauga Battlefield near the Wilder Brigade Monument, map site #234". Touch for map. Marker is in this post office area: Fort Oglethorpe GA 30742, United States of America. Touch for directions.

Other nearby markers. At least 8 other markers are within walking distance of this marker. Widow Glenn's House Site (here, next to this marker); 18th Indiana Battery 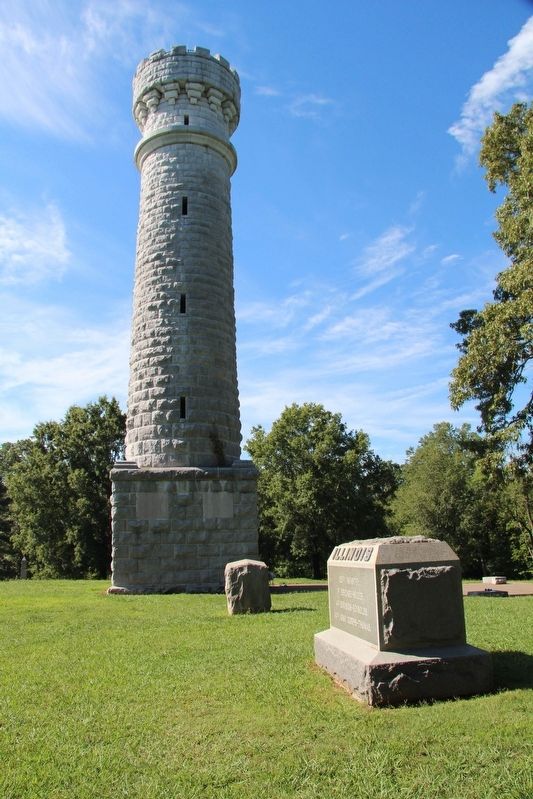 Photographed By Dale K. Benington, August 22, 2016
2. 98th Illinois Infantry Marker
View of the monument, looking south, with the Wilder Tower in the background.

More about this marker. According to the description information provided by the National Park Service, the marker is, “7'6" x 4'4" x 4'6" high rock-faced monument consisting of rectangular granite block with an inscribed polished front on granite base. The tops of both pieces are beveled. Marks unit's position on September 20, 1863, at 12:00 noon." 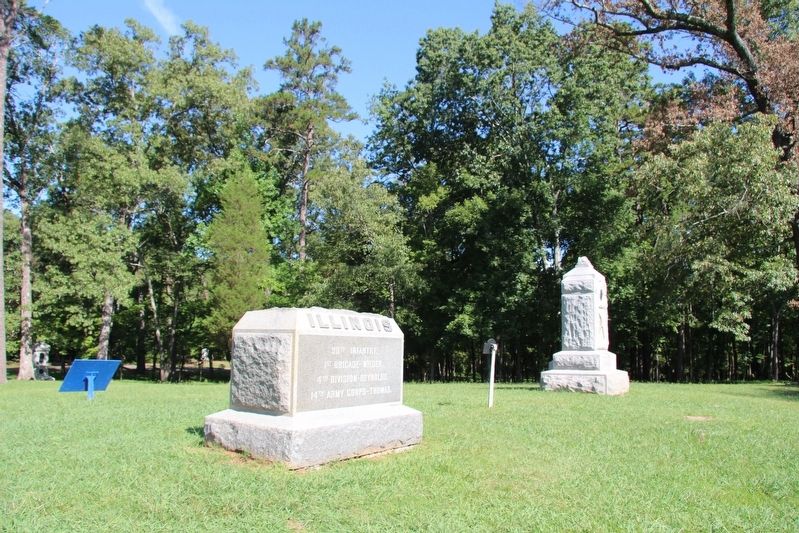 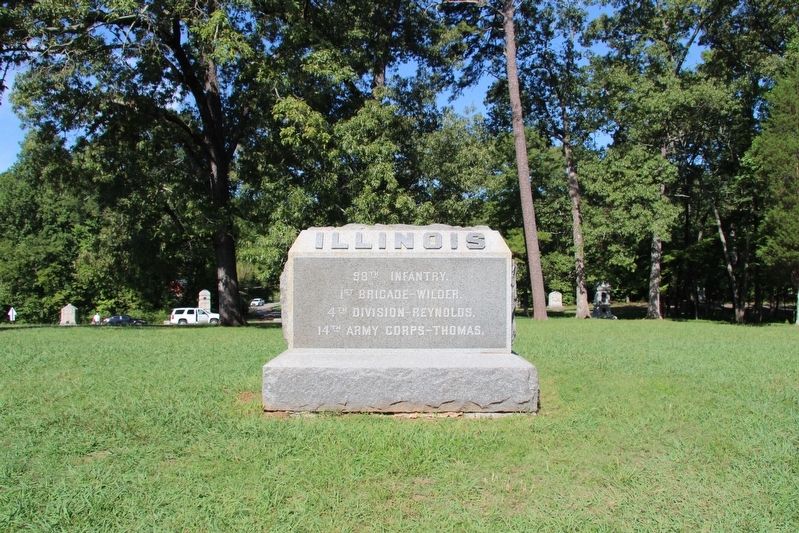