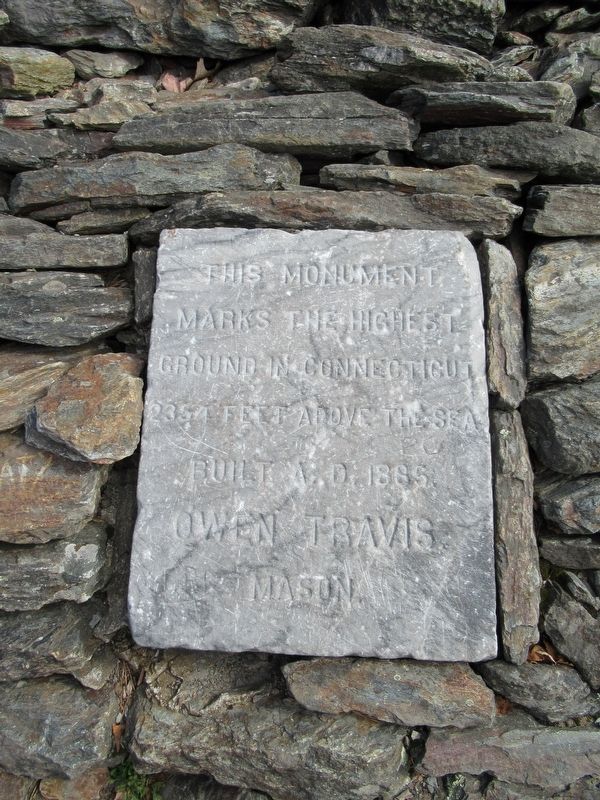 Topics. This historical marker is listed in this topic list: Natural Features. A significant historical year for this entry is 1885.

Location. 42° 2.692′ N, 73° 27.264′ W. Marker is in Salisbury, Connecticut, in Litchfield County. Marker can be reached from Under Mountain Road (Route 41) 0.2 miles north of Westmount Road, on the left when traveling north. The summit and marker is 2.6 miles to the northwest via the Undermountain Trail and Appalachian Trail. Touch for map. Marker is in this post office area: Salisbury CT 06068, United States of America. Touch for directions. 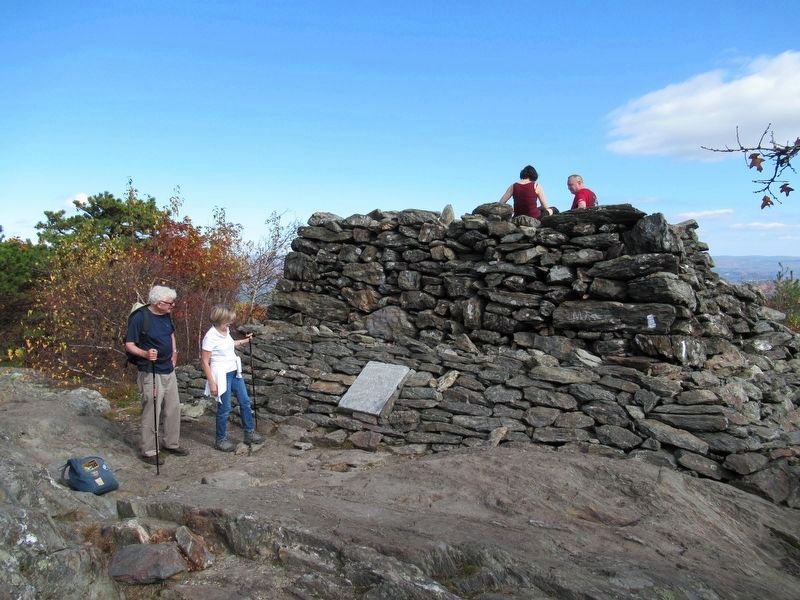 By Michael Herrick, October 19, 2016
2. The Marker and Remains of the Tower
Bear Mountain is a popular destination for hikers.

Regarding Bear Mountain, Connecticut.
Mason Owen Travis built a stacked-stone pyramidal tower near the actual, higher summit, in 1885 and placed the stone marker. Over the years, the tower deteriorated and began to collapse. After attempts at restoration the eastern corner disintegrated in 1978 and much of the tower collapsed, leaving the plaque in the ruins. 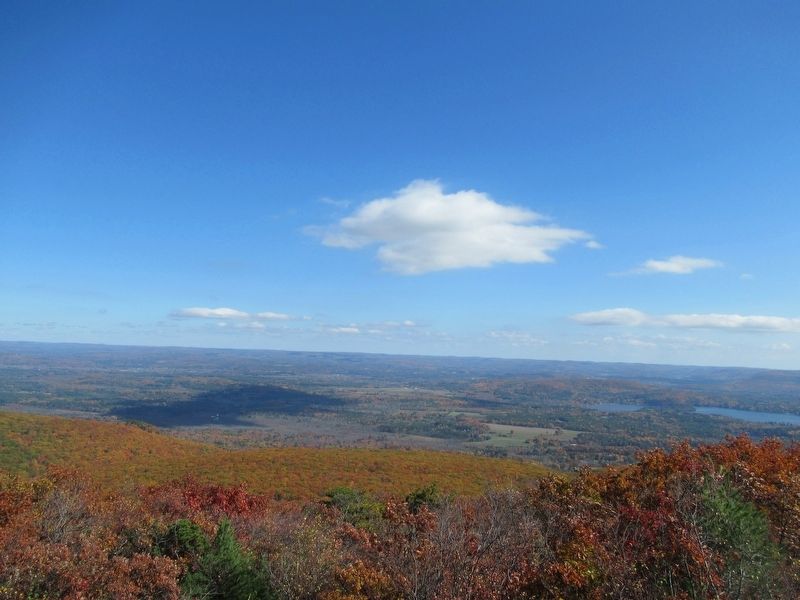