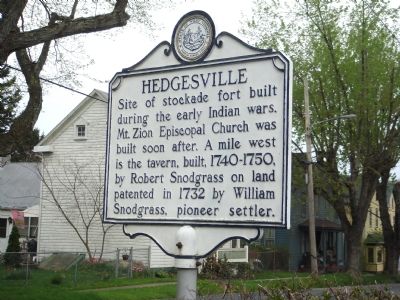 Site of stockade fort built during the early Indian wars. Mt. Zion Episcopal Church was built soon after. A mile west is the tavern, built, 1740–1750, by Robert Snodgrass on land patented in 1732 by William Snodgrass, pioneer settler.

Regarding Hedgesville. The church is right here, at the marker. Snodgrass Tavern is no longer a tavern and is private property. George Washington stayed there during his travels west. Portions 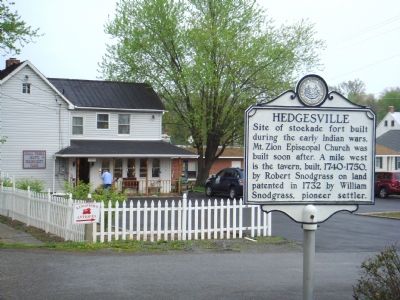 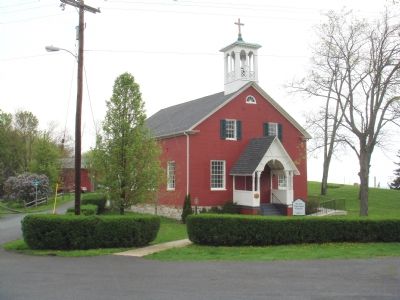 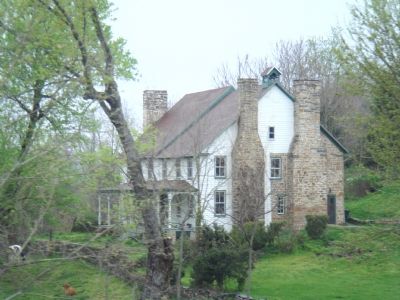 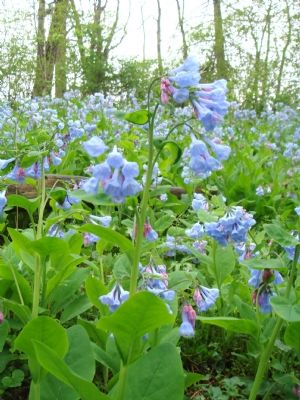