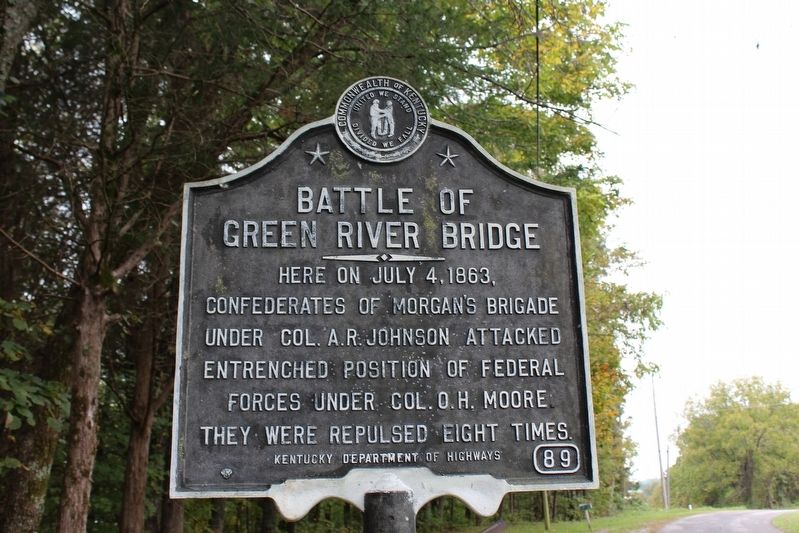 Topics. This historical marker is listed in this topic list: War, US Civil. A significant historical date for this entry is July 4, 1863.

Location. 37° 14.279′ N, 85° 21.235′ W. Marker is near Campbellsville, Kentucky, in Taylor County. Marker is on Tebbs Bend Road, half a mile west of Harley Road, on the left when traveling west. Touch for map. Marker is in this post office area: Campbellsville KY 42718, United States of America. Touch for directions.

Other nearby markers. At least 8 other markers are within walking distance of this marker. "No Day to Surrender" (a few steps from this marker); Morgan's Demand for Surrender (approx. ¼ mile away); Confederate Artillery Position 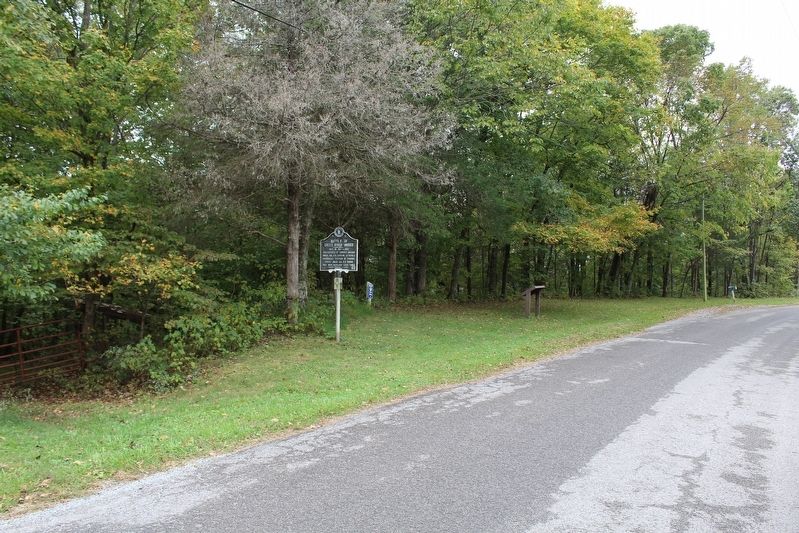 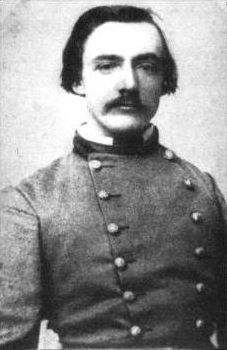 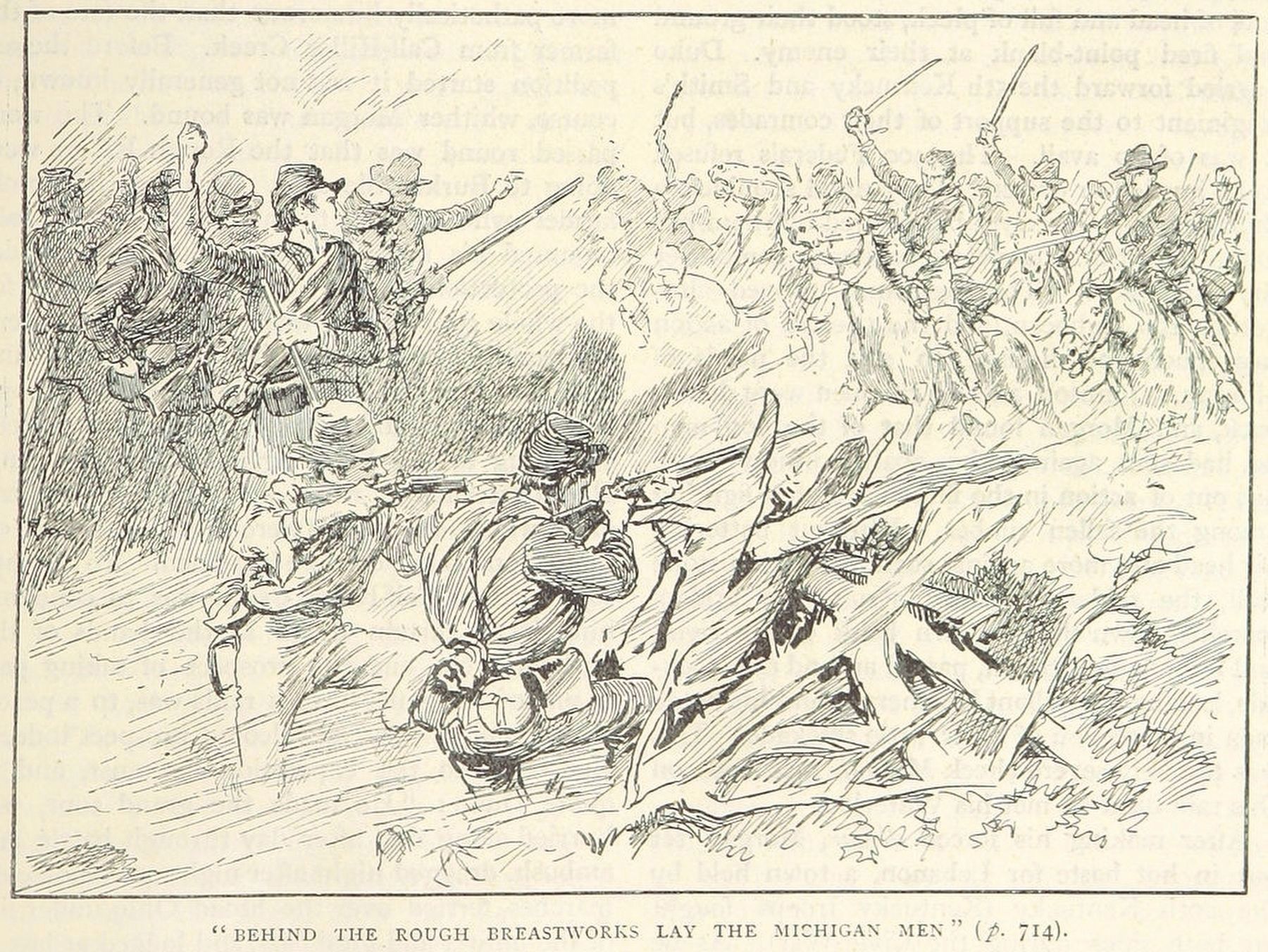