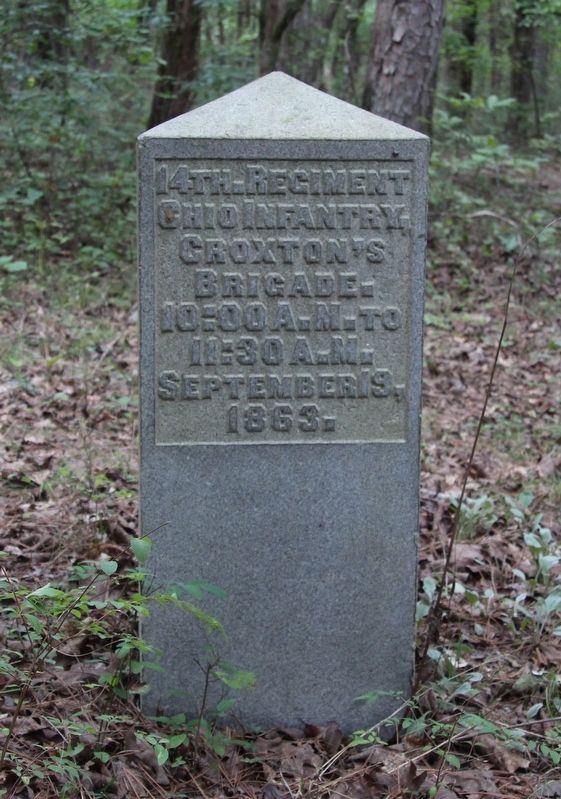 Location. 34° 55.688′ N, 85° 14.23′ W. Marker is near Fort Oglethorpe, Georgia, in Catoosa County. Marker is on Brotherton Road east of Alexander Bridge Road, on the left when traveling east. This marker is located within the Chickamauga Battlefield, in woods north of Brotherton Road, just a very short distance off of a park horse trail. Touch for map. Marker is in this post office area: Fort Oglethorpe GA 30742, United States of America. Touch for directions. 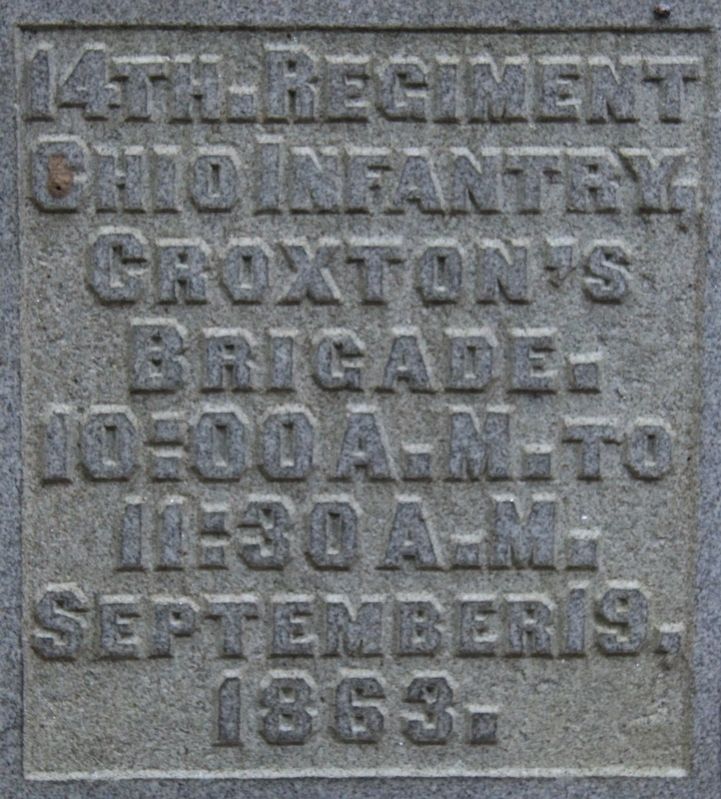 More about this marker. According to the description information provided by the National Park Service, the marker is a, “A 1'6" x 1'6" x 3' high granite obelisk with a raised letter inscription. Marks regiment's position at the northeast of Winfrey Field on September 19, 1863, from 10:00 to 11:30 a.m."

I used the "Chickamauga Battlefield" map, that I purchased at the Chickamauga and Chattanooga National Military Park, Visitor Center, to determine both the marker number for this tablet and the tablet's location in relation to the rest of the park's monuments, markers, and tablets. According to the map it provides the, "numerical listing of all monuments, markers, and tablets on the Chickamauga Battlefield (using the Chick-Chatt NMP Monument Numbering System).”

Regarding 14th Ohio Infantry. Being a long time resident of Toledo, Ohio, having been born and raised here, I have to take a particular interest in the 14th Ohio. When President Lincoln initially called for troops this regiment was raised in Toledo by what would become Toledo's most prominent hometown Civil War hero, General James Blair Steedman (one of the few Union heroes from the Battle of Chickamauga). The 14th Ohio then went into camp at Cleveland, just twelve days after the fall of Fort Sumter and began its long and distinguished Civil War tour of duty, including this action here at Chickamauga. 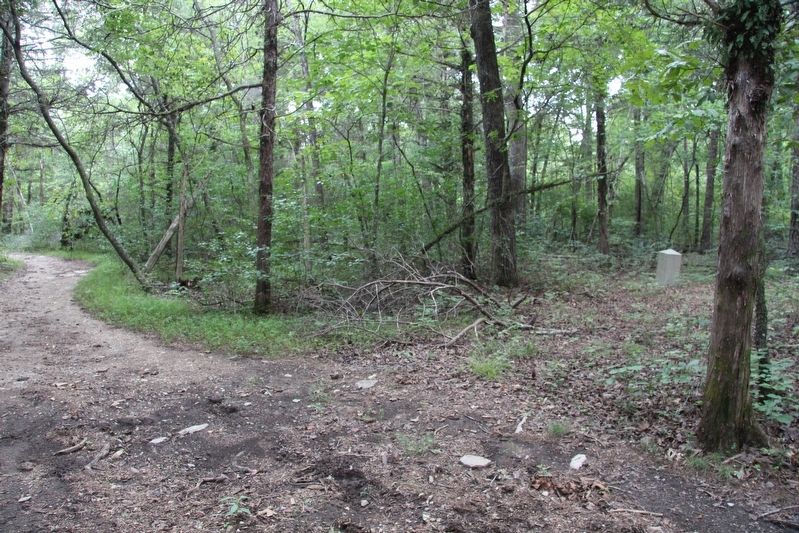 By Dale K. Benington, August 22, 2016
3. 14th Ohio Infantry Marker
View, looking south along the park horse trail, of the marker, seen just off to the right of the main trail. 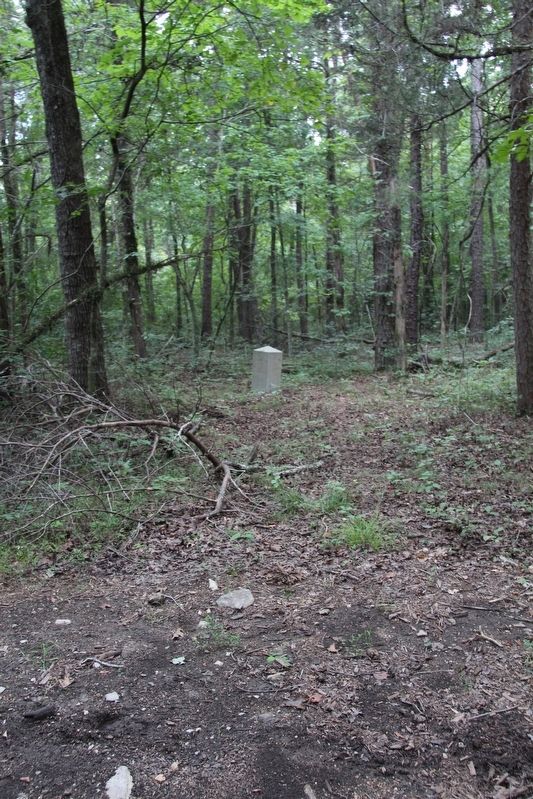 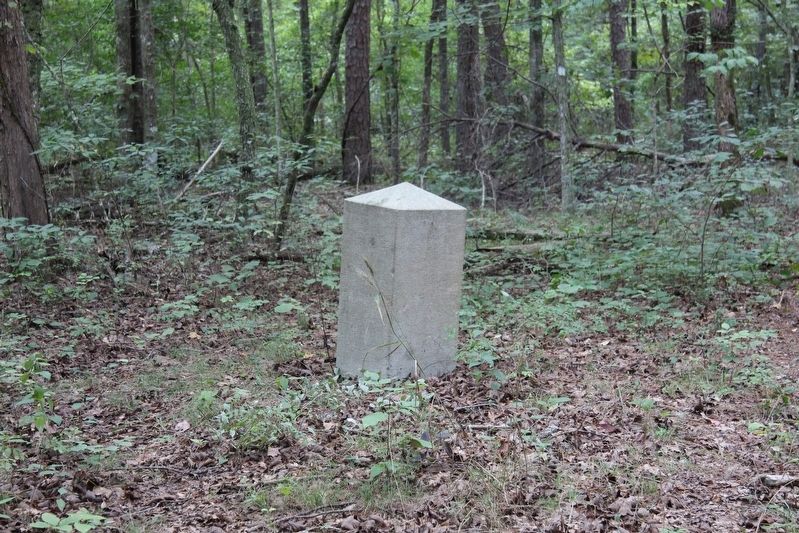 By Dale K. Benington, August 22, 2016
5. 14th Ohio Infantry Marker
A close-up look at the backside of the marker, seen in an overgrown clearing, just off the main horse trail. 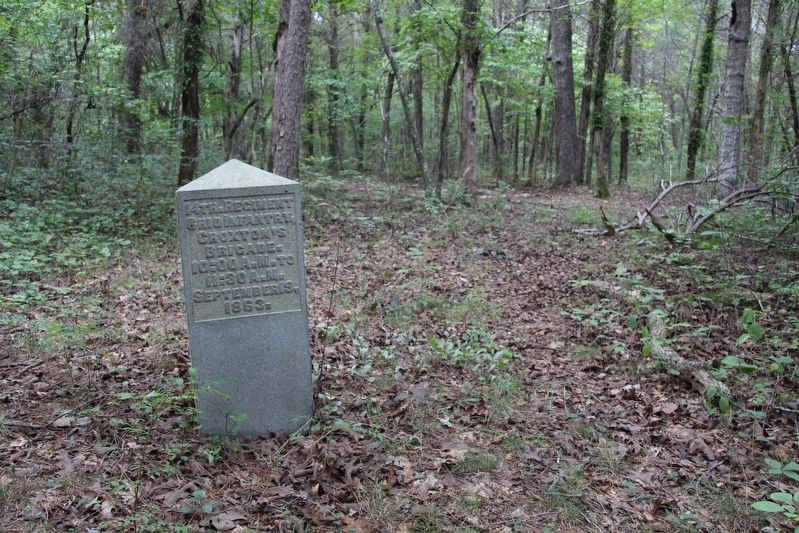 By Dale K. Benington, August 22, 2016
6. 14th Ohio Infantry Marker
A close-up look at the frontside of the marker, seen in an overgrown clearing, with a view of the main horse trail just off to the northwest. 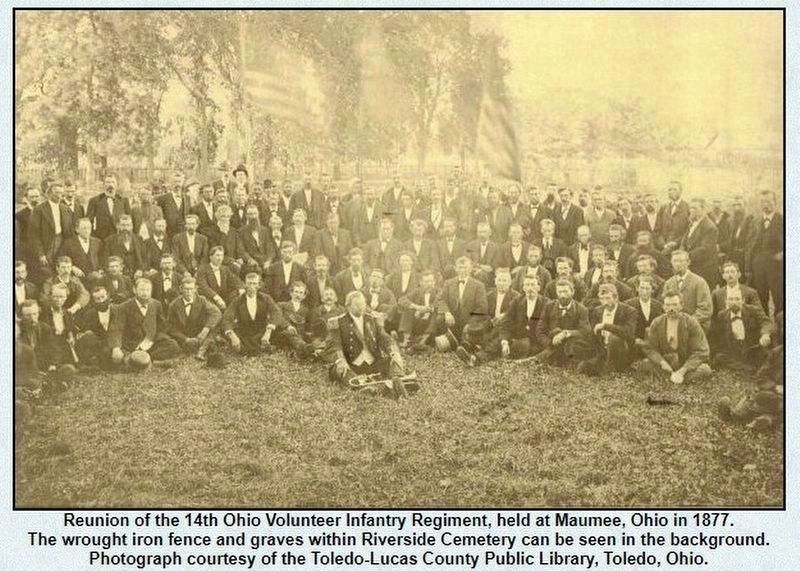