War In The Arcadia Valley 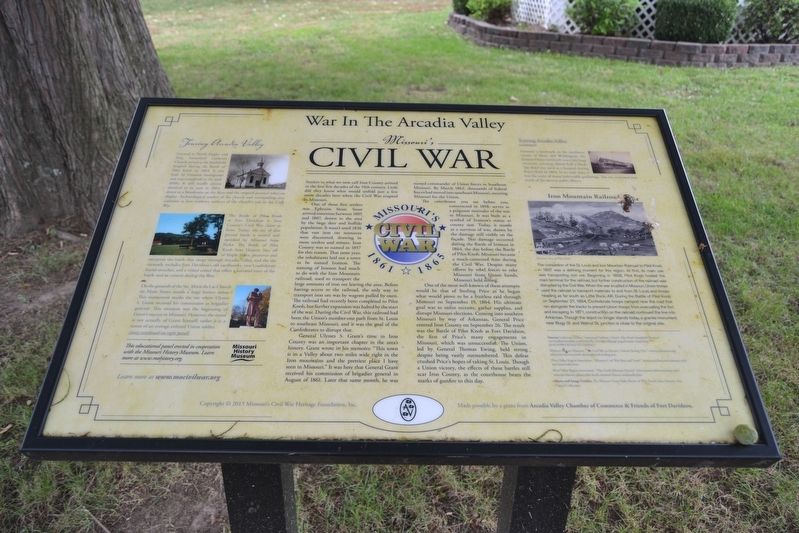 Settlers to what we now call Iron County arrived in the first few decades of the 19th century. Little did they know what would unfold just a few more decades later when the Civil War erupted in Missouri.

One of those first settlers was Ephraim Stout. Stout arrived sometime between 1805 and 1807, drawn to the area by the large deer and buffalo population. It wasn’t until 1836 that vast iron ore resources were discovered, drawing in more settlers and miners. Iron County was so named in 1857 for this reason. That same year, the inhabitants laid out a town to be named Ironton. The naming of Ironton had much to do with the Iron Mountain railroad, used to transport large amounts of iron ore leaving the area. Before having access to the railroad, the only way to transport iron ore was by wagons pulled by oxen. The railroad had recently been completed to Pilot Knob, but further expansion was halted by the start of the war. During the Civil War, this railroad had been the Union’s number-one path from St. Louis to southeast Missouri and it was the goal of the Confederates to disrupt that. 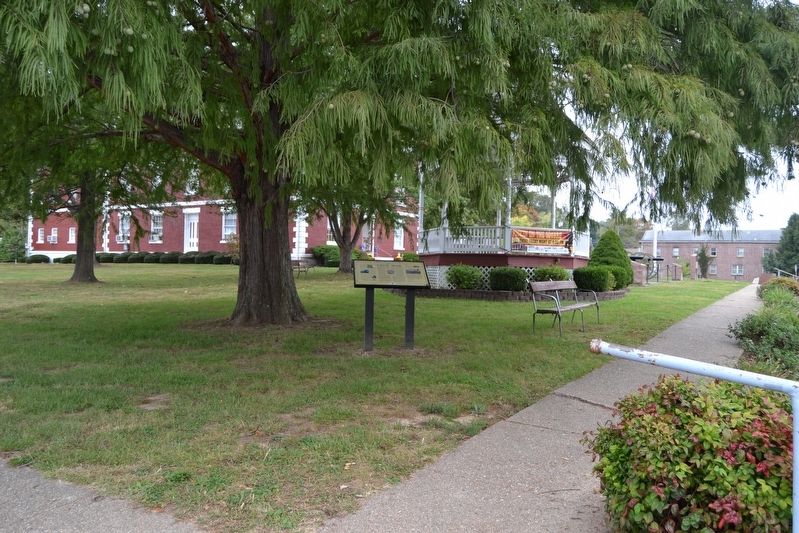 Click or scan to see
this page online
was an important chapter in the area’s history. Grant wrote in his memoirs: “This town is in a Valley about two miles wide right in the Iron mountains and the prettiest place I have seen in Missouri.” It was here that General Grant received his commission of brigadier general in August of 1861. Later that same month, he was named commander of Union forces in Southeast Missouri. By March 1862, thousands of federal forces had moved into southeast Missouri, securing Missouri for the Union.

The courthouse you see before you, constructed in 1858, serves as a poignant reminder of the war in Missouri. It was built as a symbol of Ironton’s status as a county seat. Today, it stands as a survivor of war, shown by the damage still visible on the façade. This damage occurred during the Battle of Ironton in 1864, the day before the Battle of Pilot Knob. Missouri became a much-contested state during the Civil War. Despite many efforts by rebel forces to take Missouri from Union hands, Missouri held strong.

One of the most well-known of these attempts would be that of Sterling Price as he began what would prove to be a fruitless raid through Missouri on September 19, 1864. His ultimate goal was to enlist recruits, gather supplies, and disrupt Missouri elections. Coming into southern Missouri by way of Arkansas, General Price entered Iron County on September 26. 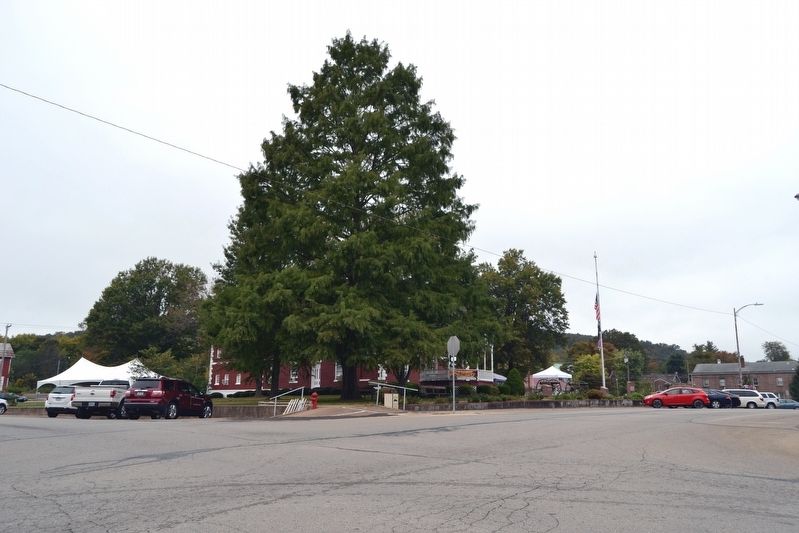 Photographed By Duane Hall, October 14, 2016
3. Iron County Courthouse
Marker is located underneath tree at southeast corner of the courthouse grounds
The result was the Battle of Pilot Knob at Fort Davidson, the first of Price’s many engagements in Missouri, which was unsuccessful. The Union, led by General Thomas Ewing, held strong despite being vastly outnumbered. This defeat crushed Price’s hopes of taking St. Louis. Though a Union victory, the effects of these battles still scar Iron County as the courthouse bears the marks of gunfire to this day.

Located at North Zeigler and Pine, Immanuel Lutheran Church served as the battlefield hospital during the Battle of Pilot Knob in 1864. It was built by German immigrants and was completed in the mid-1860s. It still stands almost identical to its state in 1864, down to a bloodstain on the floor and the original pastoral robes on display. Archaeological studies of the church and surrounding area continue as new evidence surfaces of the church’s role in the Civil War.

The Battle of Pilot Knob at Fort Davidson is Iron County’s Civil War claim to fame. Today, the site of this pivotal battle is owned and operated by Missouri State Parks. The Battle of Pilot Knob State Historic Site, off of Maple Street, preserves and interprets the battle that swept through Arcadia Valley, and the site currently includes Fort Davidson’s old earthworks, two Confederate burial trenches, and a visitor center that offers a narrated story of the battle and its context during the War.

On the grounds of the Ste. Marie du Lac Church on Main Street stands a large bronze statue. This monument marks the site where Ulysses S. Grant received his commission as brigadier general. This moment was the beginning of Grant’s success in Missouri. However, the statute is not actually of Grant himself, rather it is a statue of an average enlisted Union soldier.

Formerly a landmark on the northwest corner of Main and Washington, the Iron House (or Hotel) was a very large structure, covering almost half a block. The hotel was used as a hospital during Price’s Raid in 1864. In its early days, it was the scene of many fashionable gatherings. The site is located just north of the current public library.

The completion of the St. Louis and Iron Mountain Railroad to Pilot Knob in 1857 was a defining moment for this region. At first, its main use was transporting iron ore. Beginning in 1858, Pilot KNob hosted the main terminal for the railroad, but further construction of the railroad was disrupted by the Civil War. When the war erupted in Missouri, Union troops used the railroad to transport materials to and from St. Louis and troops heading as far south as Little Rock, AR. During the Battle of Pilot Knob on September 27, 1864, Confederate troops camped near the road that ran alongside the tracks to prevent Union troops from evacuating the fort and escaping. In 1871, construction of the railroad continued the line into Arkansas. Though the depot no longer stands today, a granite monument near Bogy St. and Walnut St. junction is close to the original site.


This educational panel erected in cooperation with the Missouri History Museum. Learn more at www.mohistory.org.

Made possible by a grant from Arcadia Valley Chamber of Commerce & Friends of Fort Davidson.

Topics and series. This historical marker is listed in these topic lists: Industry & Commerce • Railroads & Streetcars • Settlements & Settlers • War, US Civil. In addition, it is included in the Former U.S. Presidents: #18 Ulysses S. Grant, and the Missouri’s Civil War series lists. A significant historical year for this entry is 1861.