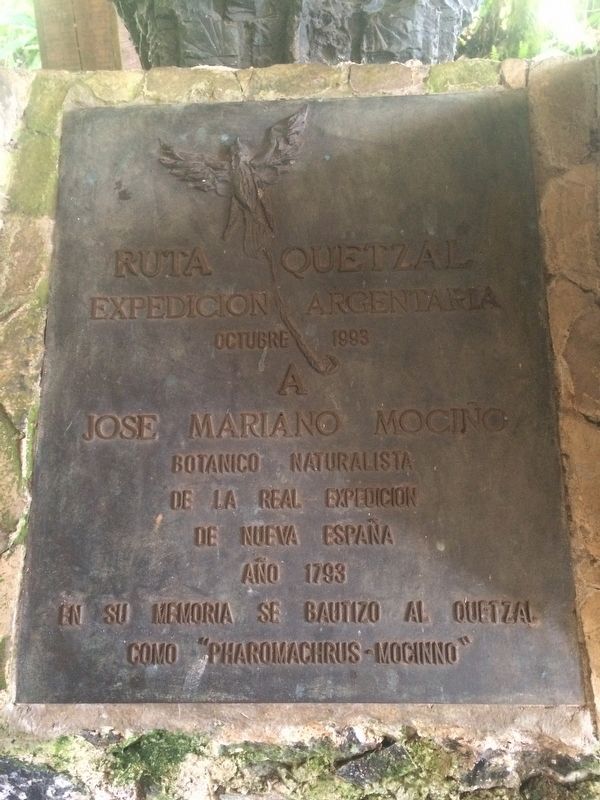 By J. Makali Bruton, August 23, 2016
1. José Mariano Mociño Marker
Inscription.
English translation:
The Route of the Quetzal Argentinian Expedition October 1993 to José Mariano Mociño Naturalist and botanist of the Royal Expedition of New Spain 1793 In his memory the quetzal was named "Pharomachrus mocinno". . This historical marker was erected in 1993. It is in Purulhá Baja Verapaz Guatemala