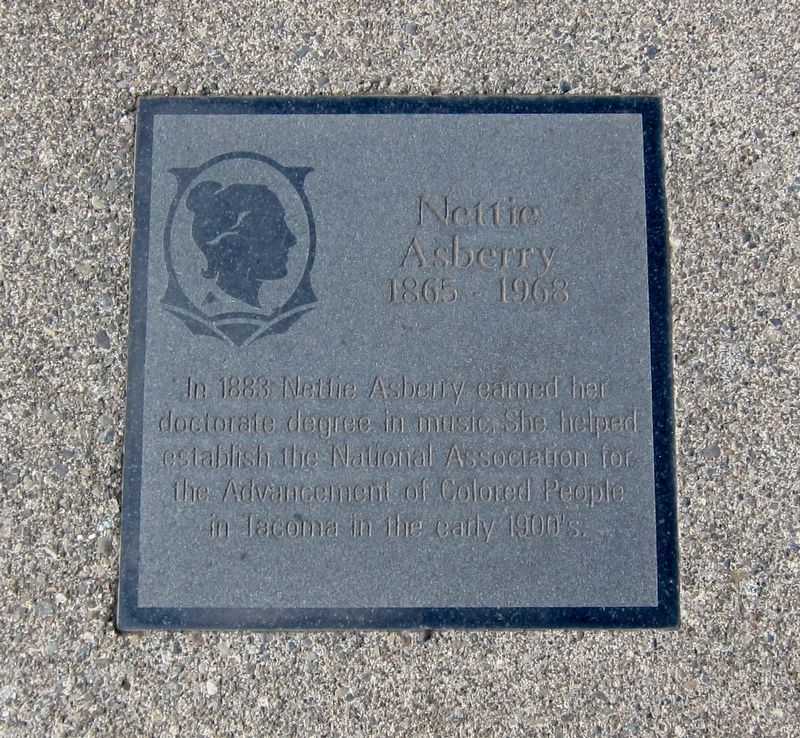 Photographed By Andrew Ruppenstein, October 25, 2016
1. Nettie Asberry Marker
Inscription.
Nettie Asberry. In 1883 Nettie Asberry earned her doctorate degree in music. She helped establish the National Association for the Advancement of Colored People in Tacoma in the early 1900's. . This historical marker is in Tacoma in Pierce County Washington

In 1883 Nettie Asberry earned her doctorate degree in music. She helped establish the National Association for the Advancement of Colored People in Tacoma in the early 1900's. 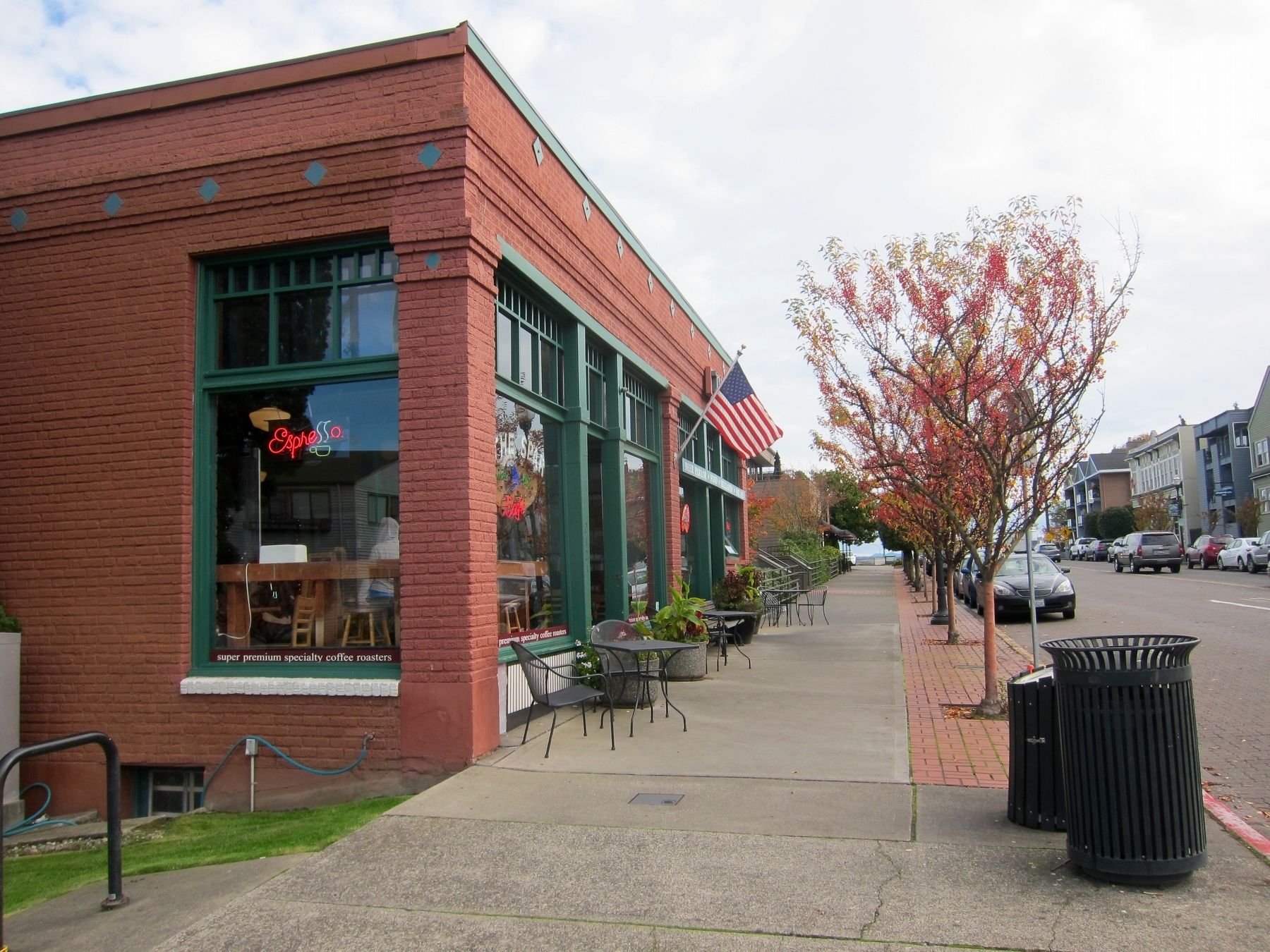 Photographed By Andrew Ruppenstein, October 25, 2016
2. Nettie Asberry Marker - Wide View
The marker is mounted in the sidewalk, visible here in the foreground.

1. Asberry, Nettie Craig (1865-1968) (HistoryLink.org). ...Nettie Asberry was born in Leavenworth, Kansas, on July 15, 1865, the only free child of Violet Craig's six children. Her father was William Wallingford, the owner of a plantation on which Violet was a slave. She began studying piano when she was eight years old and later on began composing her own music. A precocious 13 year old, she became interested in women's suffrage after listening to Susan B Anthony in Leavenworth and became secretary for a Susan B. Anthony Club. (Susan B. Anthony's brother Daniel R. Anthony was editor of the Leavenworth Times and an anti-slavery activist.)... (Submitted on November 2, 2016.)

2. African American Women (Washington State Historical Society). ...A stalwart club member, Nettie Asberry cultivated change through theTacoma Cloverleaf Club and as a charter member of the Washington Federation of Colored Women’s Clubs. In 1913, when the Washington Legislature attempted to outlaw interracial marriage, Nettie Asberry led protests to kill the bill. It died in committee. As founder of the Tacoma NAACP, Asberry fought racial segregation in public places and at Fort Lewis—at a time when it was dangerous to do so. Thought to be one of the first African American women to earn a doctorate degree (in music), she taught piano to Tacoma’s children for nearly a half century. (Submitted on November 2, 2016.)
Credits. This page was last revised on April 15, 2018. It was originally submitted on November 2, 2016, by Andrew Ruppenstein of Lamorinda, California. This page has been viewed 493 times since then and 8 times this year. Photos:   1, 2. submitted on November 2, 2016, by Andrew Ruppenstein of Lamorinda, California.
Share this page.