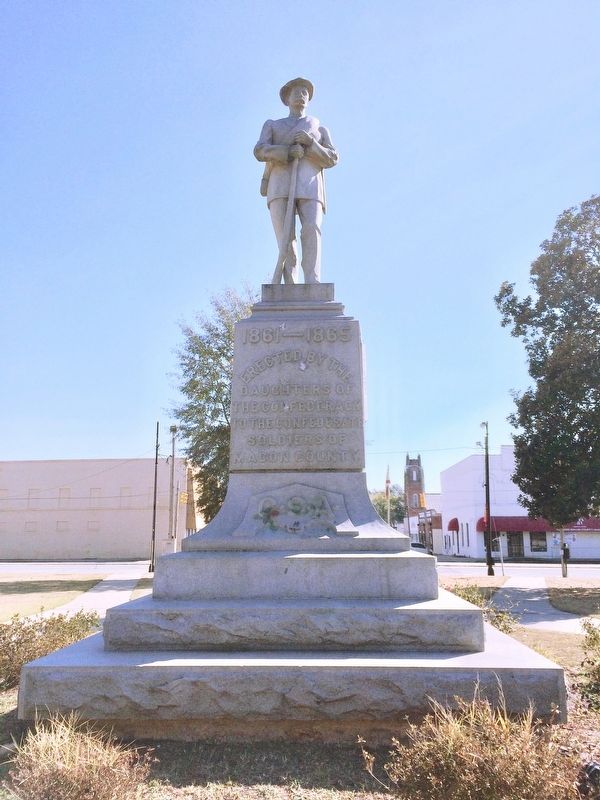 Erected 1909 by Daughters of the Confederacy. 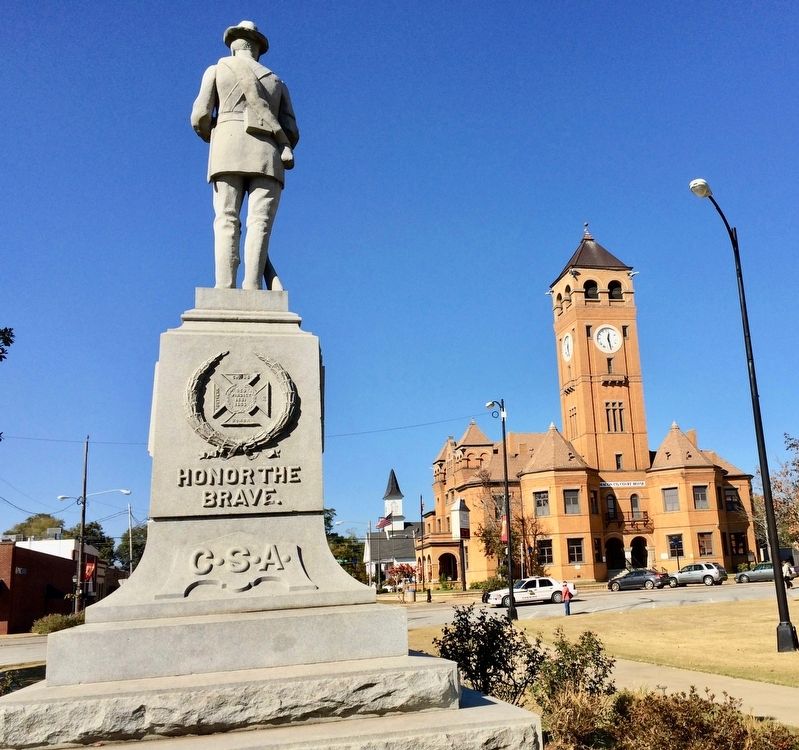 Click or scan to see
this page online
(about 500 feet away, measured in a direct line); William P. Mitchell (about 600 feet away); Tuskegee High School (approx. ¼ mile away); Rosa Parks (approx. 0.4 miles away). Touch for a list and map of all markers in Tuskegee.

Regarding Macon County Confederate Monument. Full-length figure of a uniformed Confederate soldier stands at parade rest on a square, tapered base. Uniform items include a canteen, a bed roll draped across the figure's chest and a wide-brimmed hat. The figure has a moustache and holds his rifle in front of him with both hands around the barrel and the butt on the ground. There is a Southern Cross at the rear of the base and a flag image in relief. Sculpture: granite; Base: granite.

Additional commentary.
1. Confederate statue vandalized
On October 11th, vandals spray-painted over the wording on the statue. The City of Tuskegee is not sure who will clean it up due to conflicts over who owns the property and statue. See the article in the news.
— Submitted October 12, 2017, by Mark Hilton of Montgomery, Alabama. 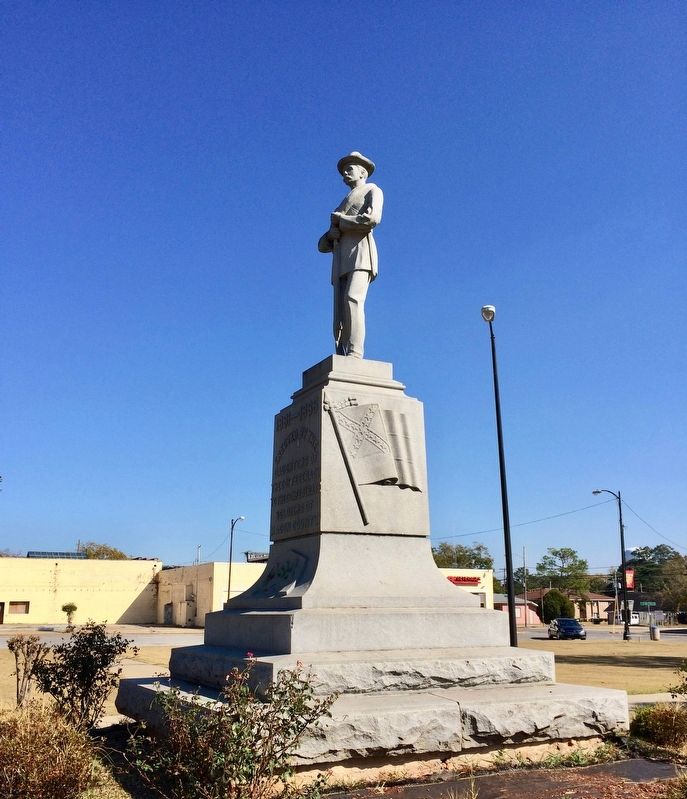 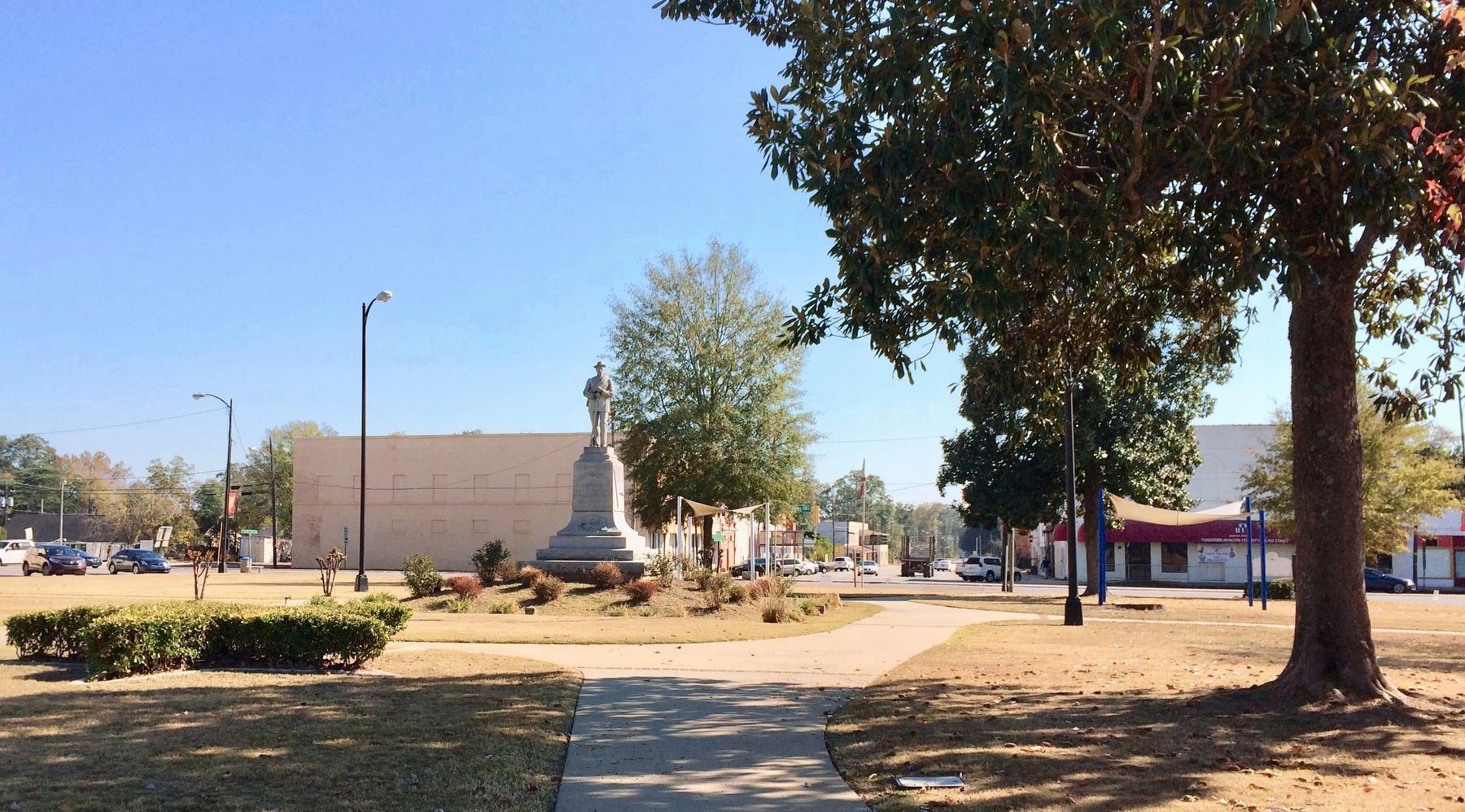