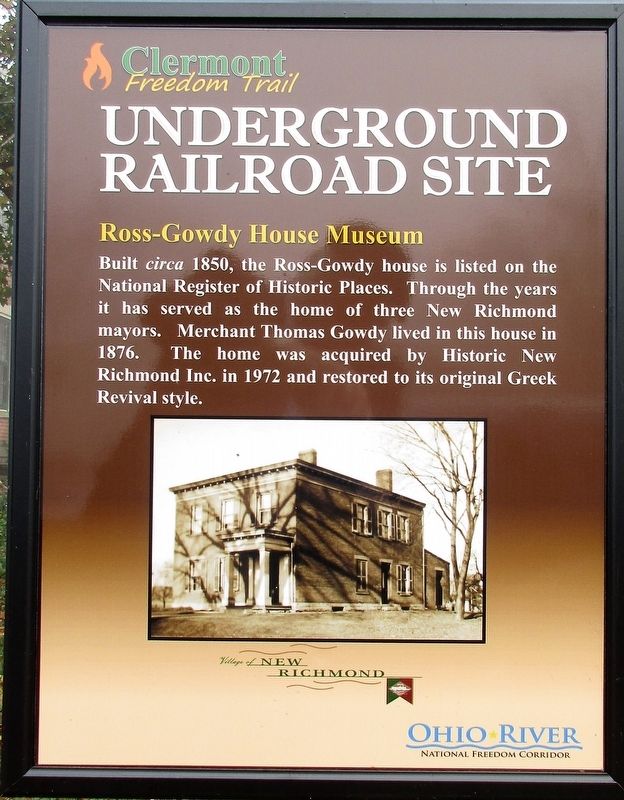 Built circa 1850, the Ross-Gowdy House is listed on the National Register of Historic Places. Through the years it has served as the home of three New Richmond mayors. Merchant Thomas Gowdy lived in this house in 1876. The home was acquired by Historic New Richmond Inc. in 1972 and restored to its original Greek revival style. (picture of house)

Topics. This historical marker is listed in these topic lists: Abolition & Underground RR • Architecture. A significant historical year for this entry is 1850. 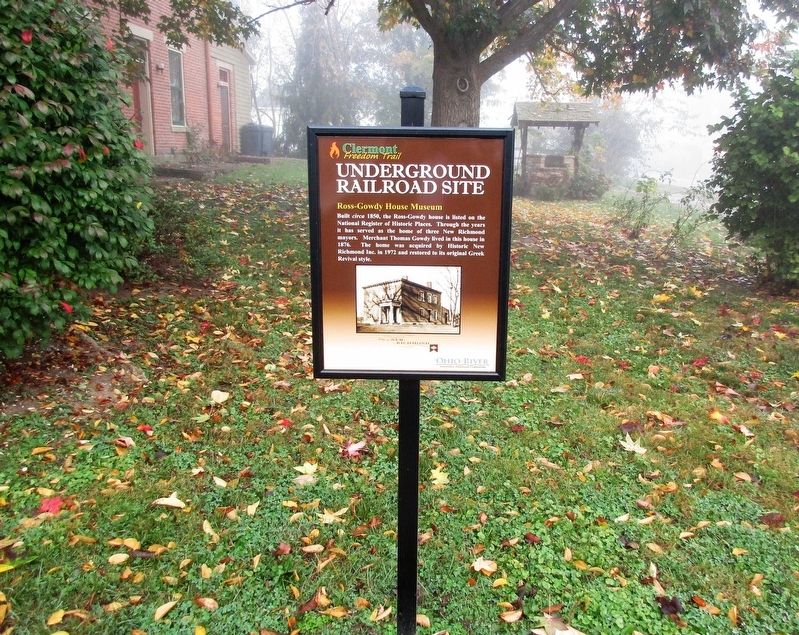 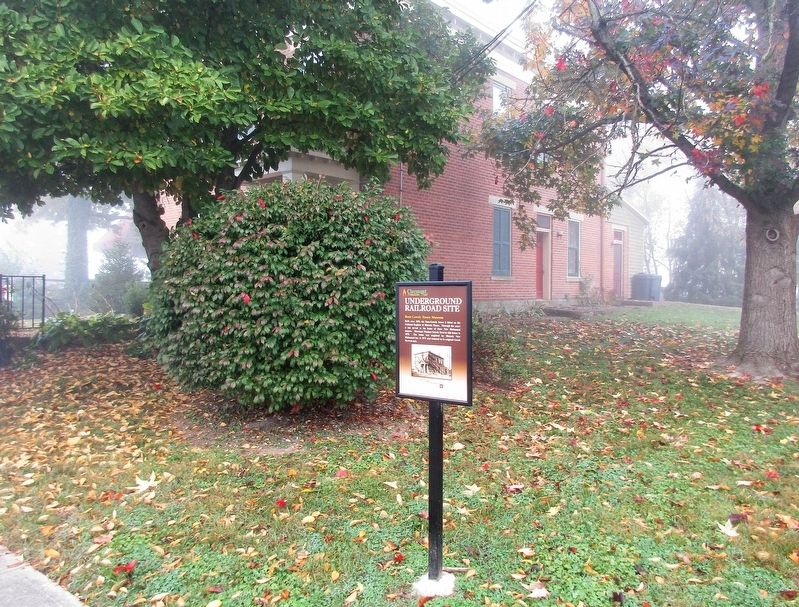 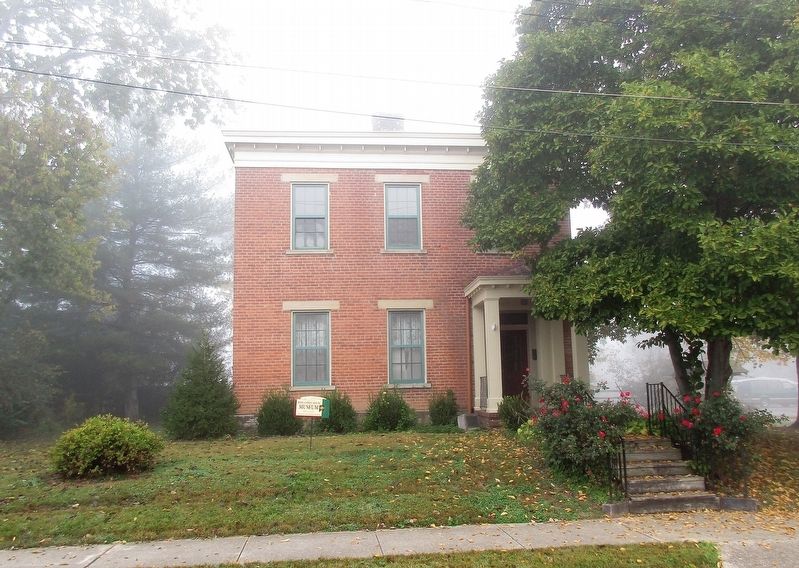 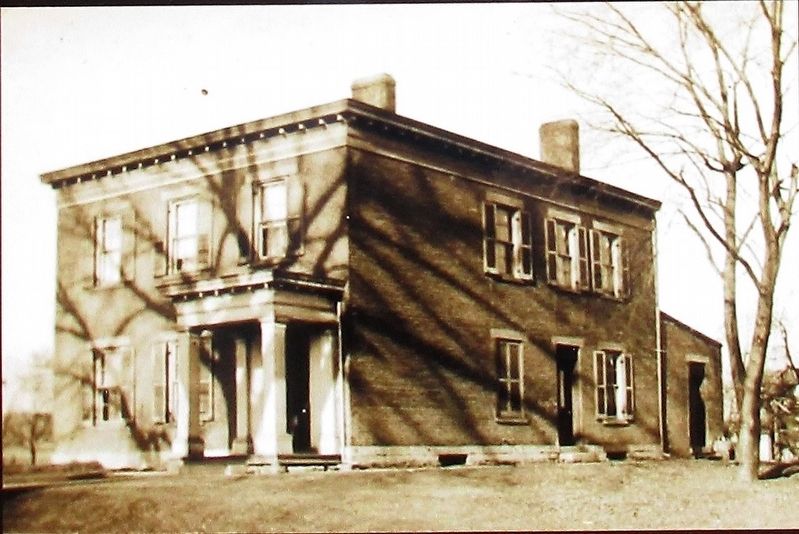