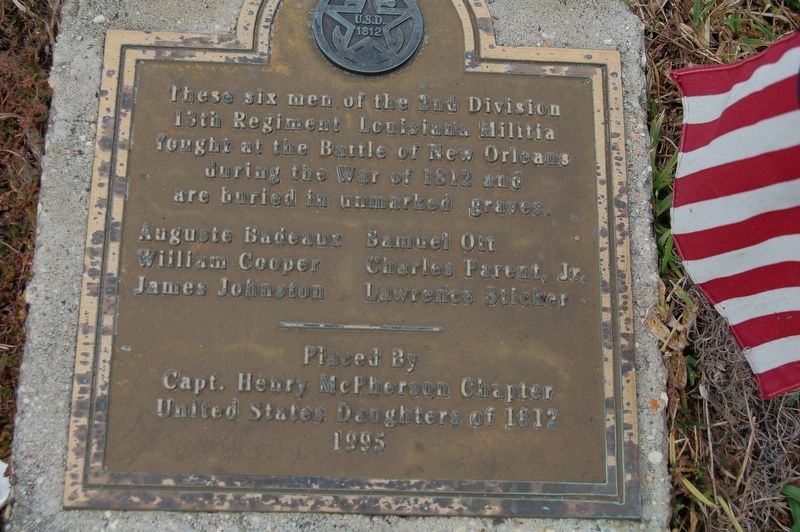 November 10, 2016
1. War of 1812 Memorial Marker
Inscription.
War of 18 12 Memorial. . These six men of the 2nd Division 13th Regiment Louisiana Militia fought at the Battle of New Orleans during the War of 18 12 and are buried in unmarked graves, Auguste Badeaux Samuel Ott , William Cooper Charles Parent, Jr. , James Johnson Lawrence Sticker, . This memorial was erected in 1995 by Capt. Henry McPherson Chapter United States Daughters of 18 12. It is in Madisonville in St. Tammany Parish Louisiana

Topics and series. This memorial is listed in these topic lists: Cemeteries & Burial Sites • War of 1812. In addition, it is included in the United States Daughters of 1812, National Society series list.

Location. 30° 24.499′ N, 90° 9.392′ W. Marker is in Madisonville, Louisiana, in St. Tammany Parish. Memorial can be reached from Main Street north of St. John Street, on the right when traveling north. Located in the Madisonville Cemetery. Touch for map. Marker is in this post office area: Madisonville LA 70447, United States of America. Touch for directions.

Other nearby markers. At least 8 other markers are within 6 miles of this marker, measured as the crow flies. Madisonville Cemetery (here, next to this marker); Madisonville (approx. 0.3 miles away); Civil War Earthworks 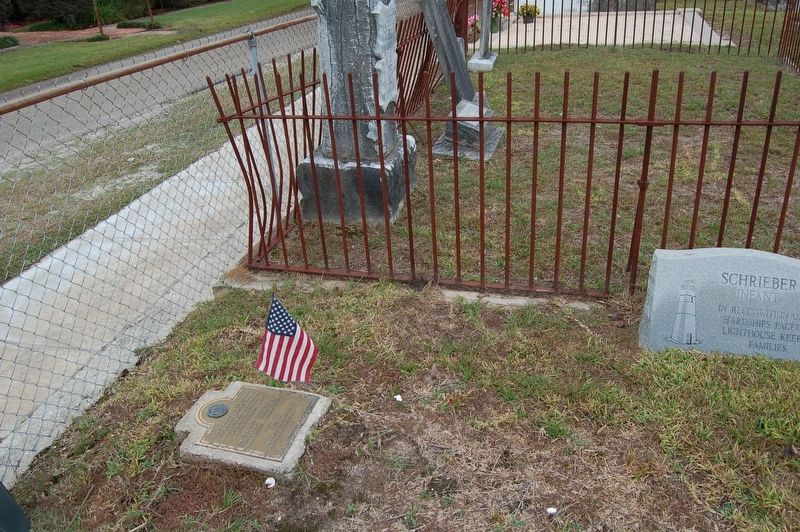