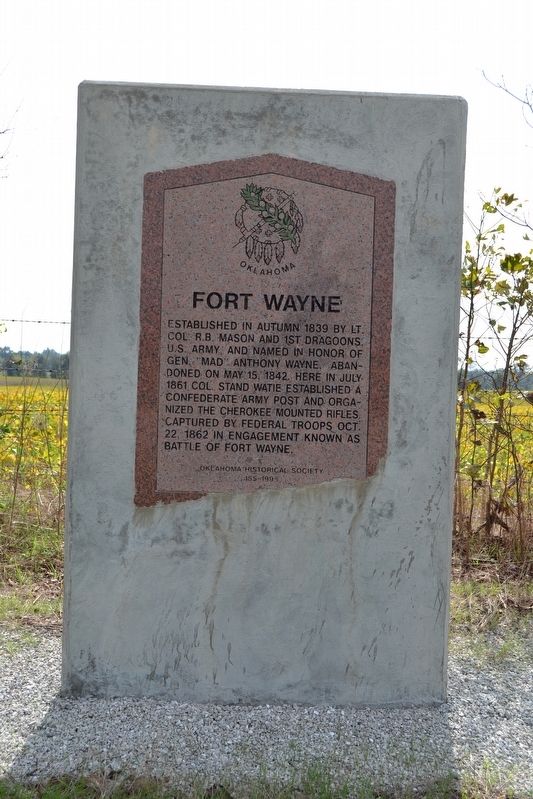 Topics and series. This historical marker is listed in these topic lists: Forts and Castles • Native Americans • War, US Civil. In addition, it is included in the Oklahoma Historical Society series list. A significant historical year for this entry is 1839.

Other nearby markers. At least 5 other markers are within 16 miles of this marker, measured as the crow flies. The Battle of Maysville (approx. 2 miles away in Arkansas); 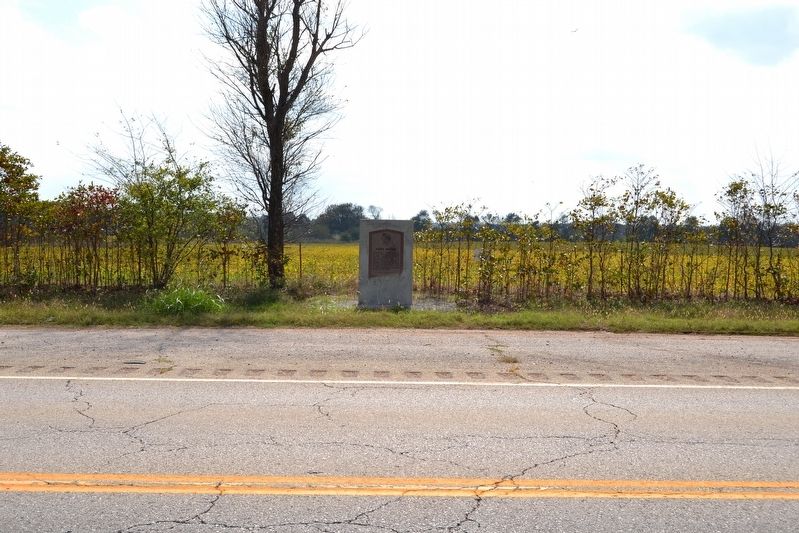 More about this marker. In 1995 a granite marker replaced the earlier style Oklahoma highway marker on Fort Wayne; the granite marker had the same text as the original highway marker . The granite marker was manufactured by Willis Granite Products in Granite, Oklahoma, but was damaged sometime before 2008 and removed from the location. It was later repaired and re-installed at the same location. The repairs consisted of taking the unbroken upper portion of the marker, which contained the logo and inscription, and encasing it in a concrete base.

Regarding Fort Wayne. The site of Fort Wayne is located approximately four miles south of the marker near the intersection of N470 Road and E0450 Road.

Fort Wayne closed due to high incidents of malaria among the troops. The troops relocated north and built Fort Scott in SE Kansas. 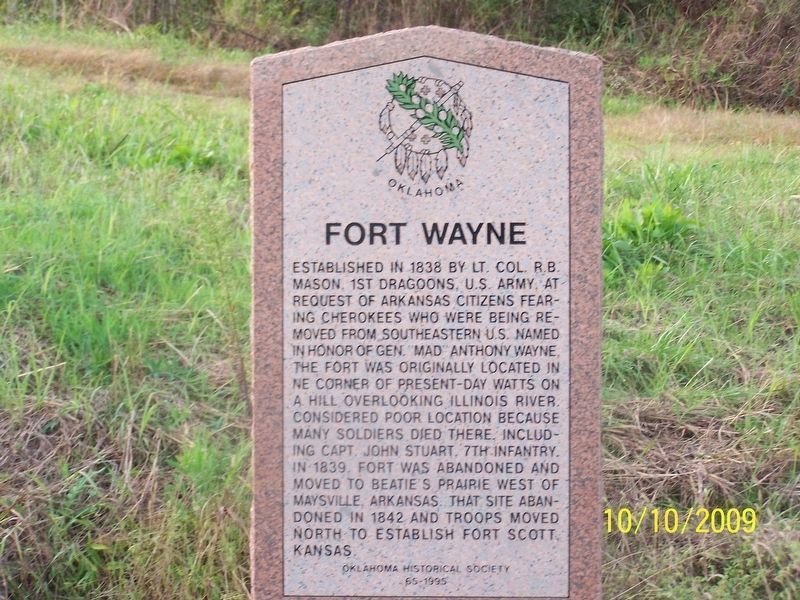 Photographed By Jason Armstrong, October 10, 2009
3. Fort Wayne Marker
This additional Fort Wayne marker is at the original location of the fort near Watts, Adair County, Oklahoma. It reads:

Fort Wayne established in 1838 by Lt. Col. R.B. Mason, 1st Dragoons, U.S. Army, at request of Arkansas citizens fearing Cherokees who were being removed from southeastern U.S. Named in honor of Gen. Mad Anthony Wayne, the fort was originally located in the NE corner of present-day Watts on a hill overlooking Illinois River. Considered poor location because many soldiers died there, including Capt. John Stuart, 7th Infantry. In 1839, fort was abandoned and moved to Beatie’s Prairie, west of Maysville, Arkansas. That site abandoned in 1842 and troops moved north to establish Fort Scott, Kansas 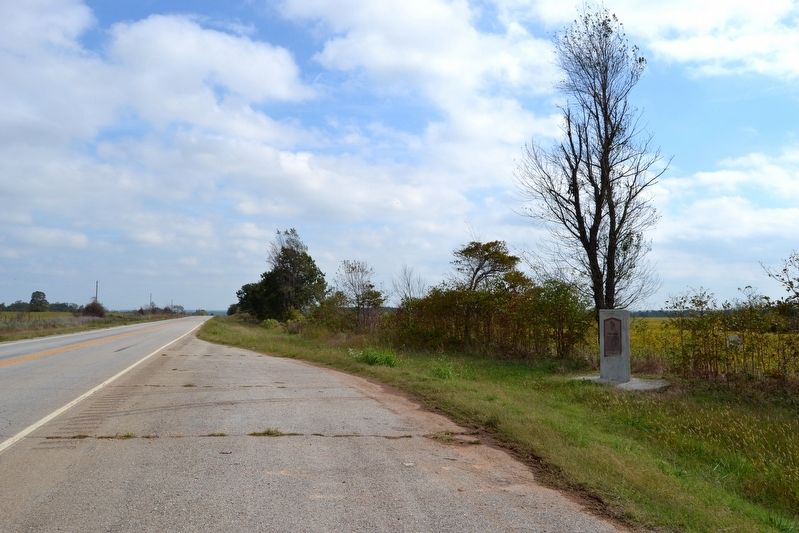 Photographed By Duane Hall, October 14, 2016
4. View to East Along State Highway 20
Marker is on right (south) side of highway 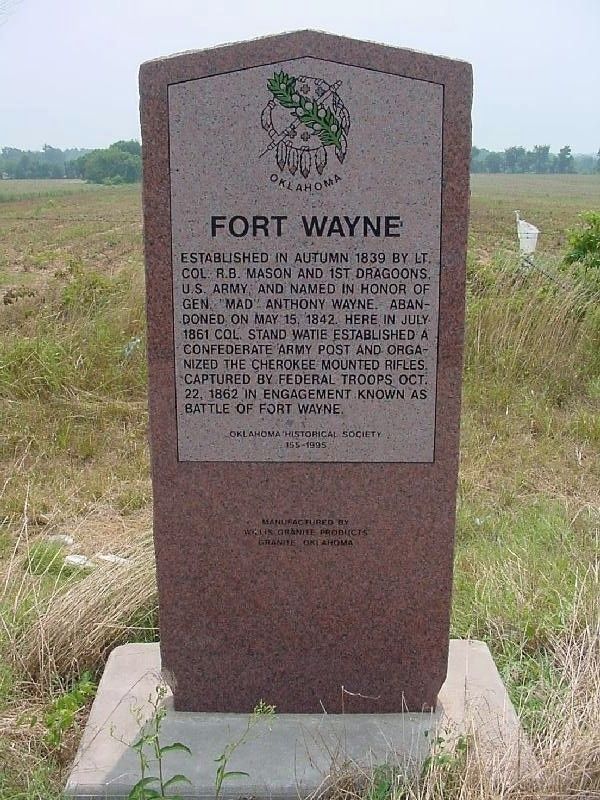