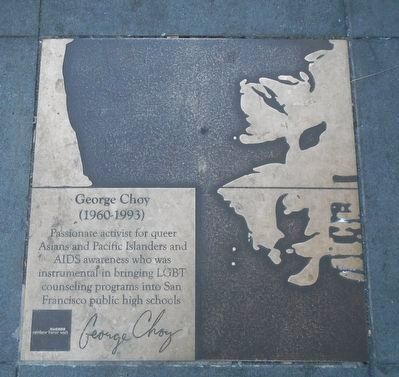 Topics and series. This historical marker is listed in these topic lists: Asian Americans • Civil Rights • Education. In addition, it is included in the Rainbow Honor Walk series list. 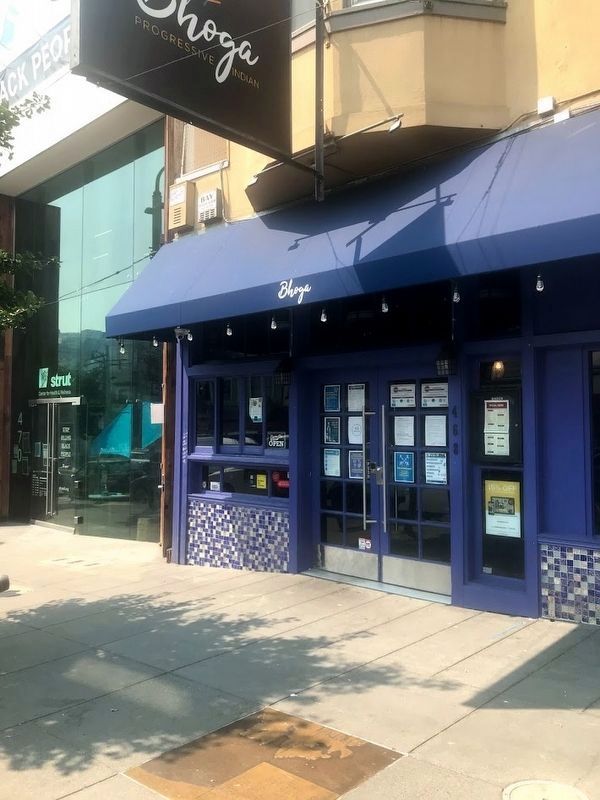 Also see . . .  Rainbow Honor Walk: Passionate Activist George Choy - Bay Times. Choy saw the need for activism early on. He grew up in Chinatown, across the street from the International Hotel. Once the heart of San Francisco’s Philippine community, the Filipino seniors who lived there were forcibly evicted for an “urban renewal” project during the 1970s. Their protests to save their homes and preserve their community—which at one time included ten blocks of low-cost housing, stores, restaurants, markets, and other businesses that supported a neighborhood of some 10,000 people–left an indelible impression on him. (Submitted on November 20, 2016, by Barry Swackhamer of Brentwood, California.) 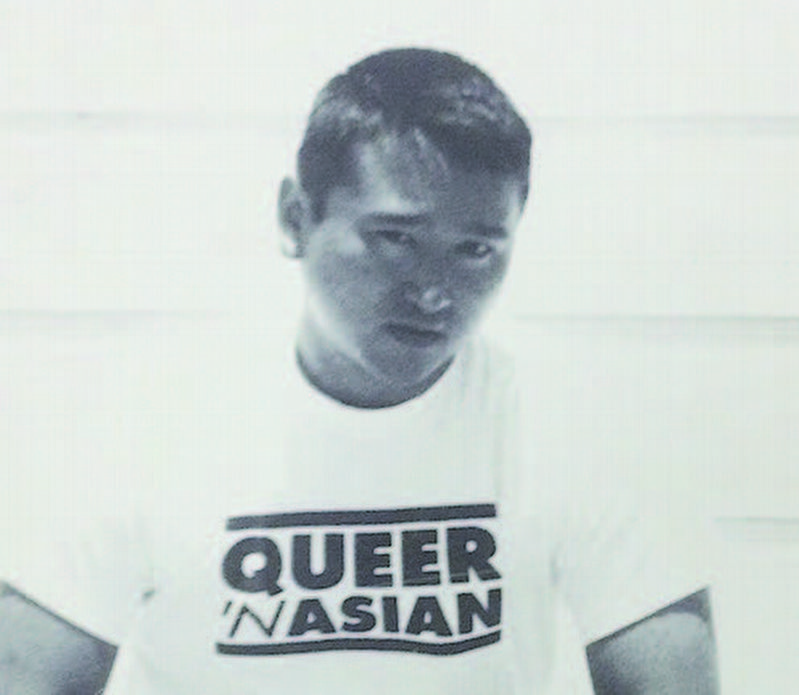