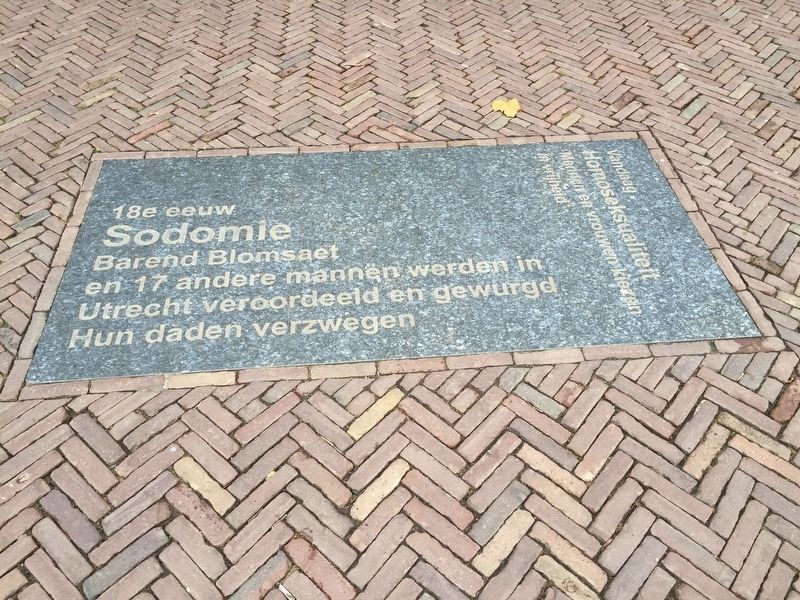 Today
Homosexuality
Men and women may choose
in freedom

Other nearby markers. At least 8 other markers are within walking distance of this marker. Verzetsmonument Utrecht / Utrecht Resistance Monument (here, next to this marker); In Het Voetspuur Van Sint Maarten / In the Footsteps of Saint Martin (a few steps from this marker); Het Runensteen van Jelling Afgietsel / The Jelling Runestone Replica 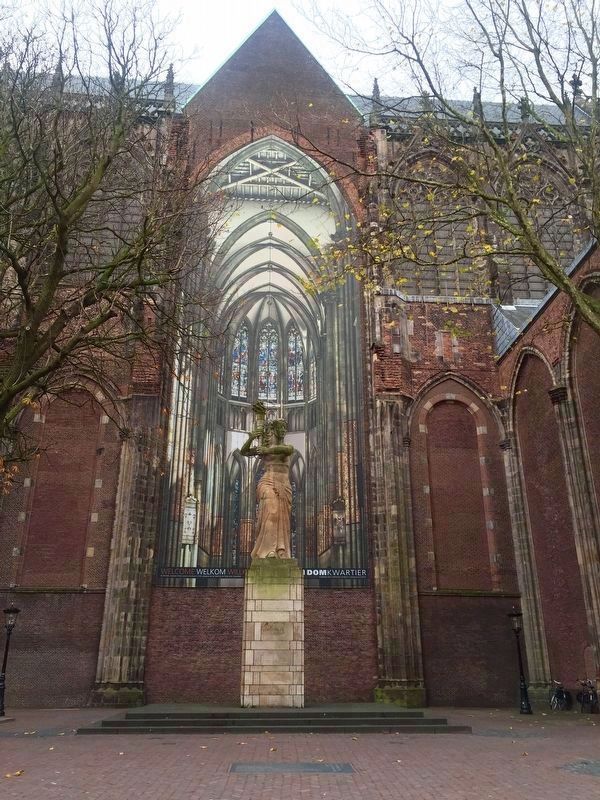 Also see . . .
1. Utrecht Sodomy Trials (Wikipedia). The Utrecht sodomy trials (Dutch: Utrechtse sodomieprocessen) were a large-scale persecution of homosexuals that took place in the Dutch Republic, starting in the city of Utrecht in 1730. Over the following year, the persecution of "sodomites" spread to the rest of the nation, leading to some 250 to 300 trials, often ending in a death sentence. (Submitted on December 12, 2016.)

2. Newspaper Reports: The Dutch Purge of Homosexuals 1730 (Rictor Norton). The major anti-gay purge of the eighteenth century occurred in the Netherlands. In April 1730 some men were arrested in Utrecht; they incriminated others, and on 21 July the States of Holland issued a Placat, posted in every town, that set off wide-scale persecution. The document began with the customary warnings about the fate of Sodom and Gomorrah, then lamented that no laws had heretofore been provided to punish "this execrable crime of sodomy", and concluded with its measures for obliterating this evil: that sodomy be punished by death, that those who offer their homes for its commission also die, that their corpses be burned to ashes and thrown into the sea "or exposed as unworthy of burial", that the names of the convicted — including the fugitives — be publicly posted, and that the magistrates be specially authorised to investigate thoroughly any suspicions, particularly against those who mysteriously flee the province....Some 250 men were summoned before the authorities; 91 faced decrees of exile for not appearing. At least 60 men were sentenced to death.... (Submitted on December 12, 2016.)