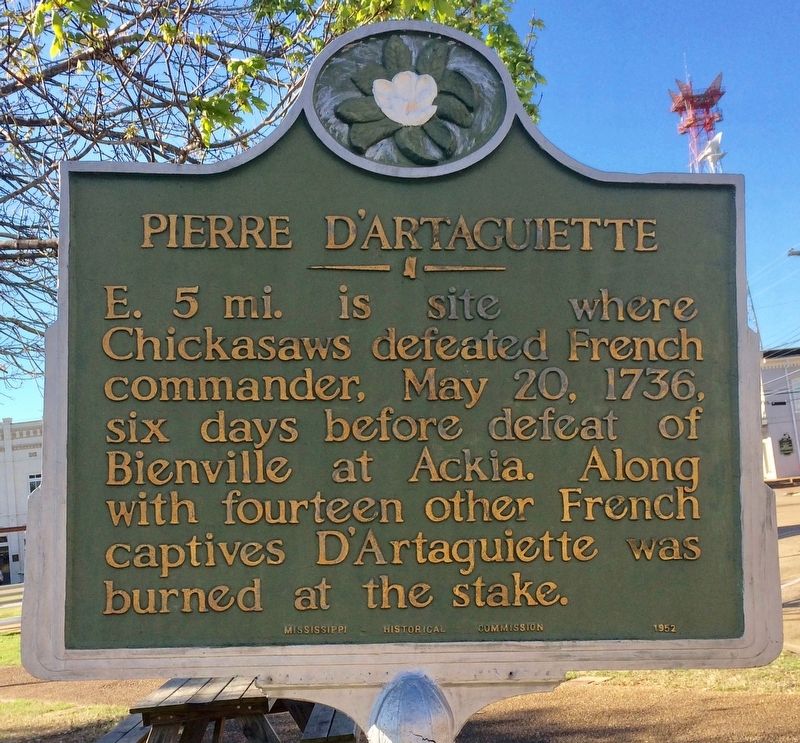 E. 5 mi. is site where Chickasaws defeated French commander, May 20, 1736, six days before defeat of Bienville at Ackia. Along with fourteen other French captives D'Artaguiette was burned at the stake.

Erected 1952 by the Mississippi Historic Commission.

Topics. This historical marker is listed in these topic lists: Colonial Era • Native Americans • Wars, US Indian. A significant historical date for this entry is May 20, 1736. 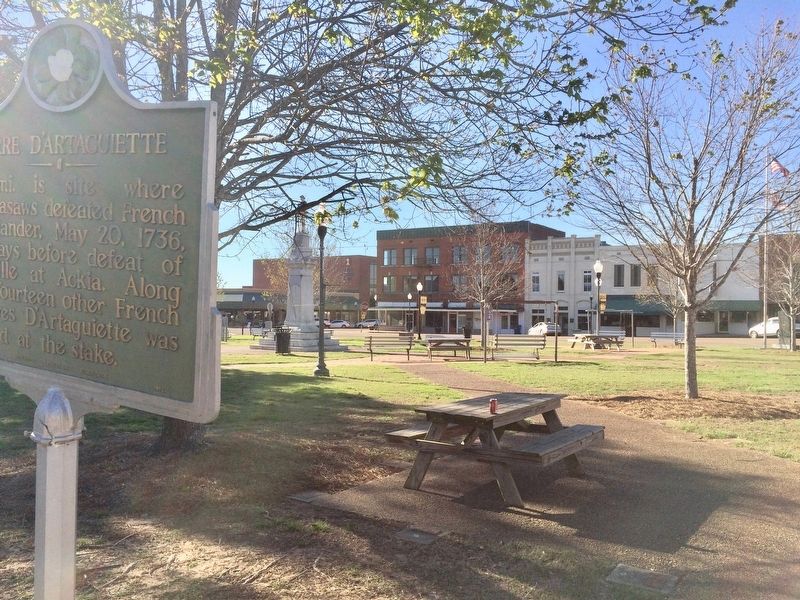 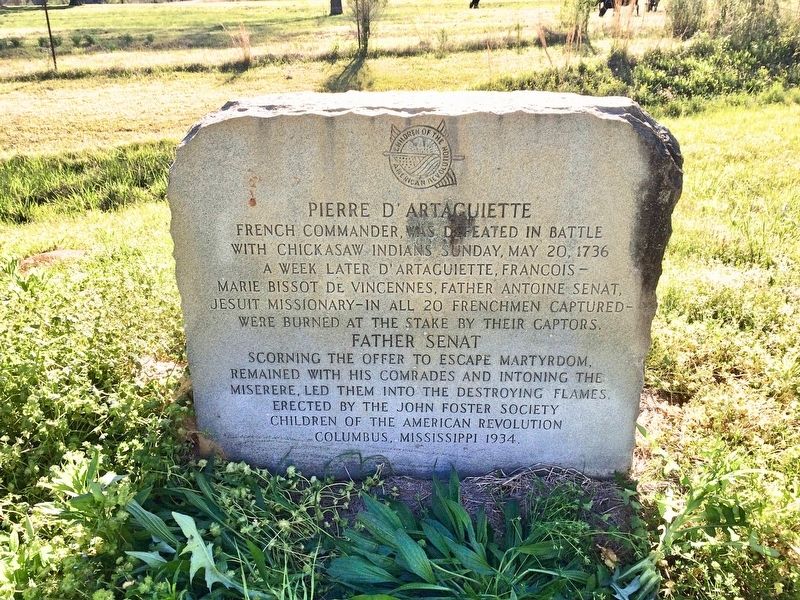 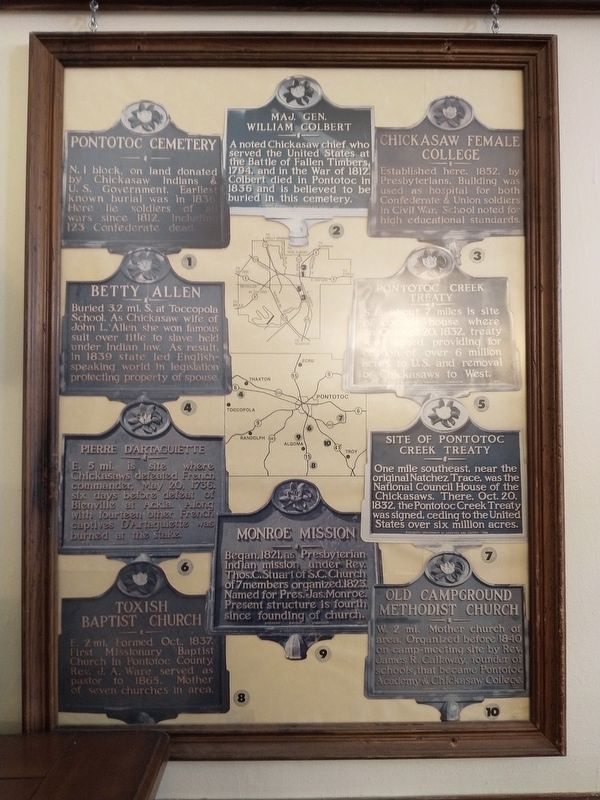